There are a growing number of large-scale RepRap derivative FFF 3D printers. The company behind one of the best-of-this-particular-bunch of industrial scale machines, Berlin-based BigRep, has just received seed capital funding, only eleven months into the history of the company. The printer has a large enough build volume to produce furniture such as chairs, large replacement parts, and industrial-sized prototypes. BigRep has ambitious expansion plans, which the seed financing will be a significant step towards facilitating.

New investors include the KfW Development Bank via its “ERP Fund Program” and an experienced group of Business Angels, among them renowned venture capital investor Dr. Christian Reitberger; founder of Nanda Technologies Johannes von Borries; and Dr. Alexander Ey, the founder of Billsafe. 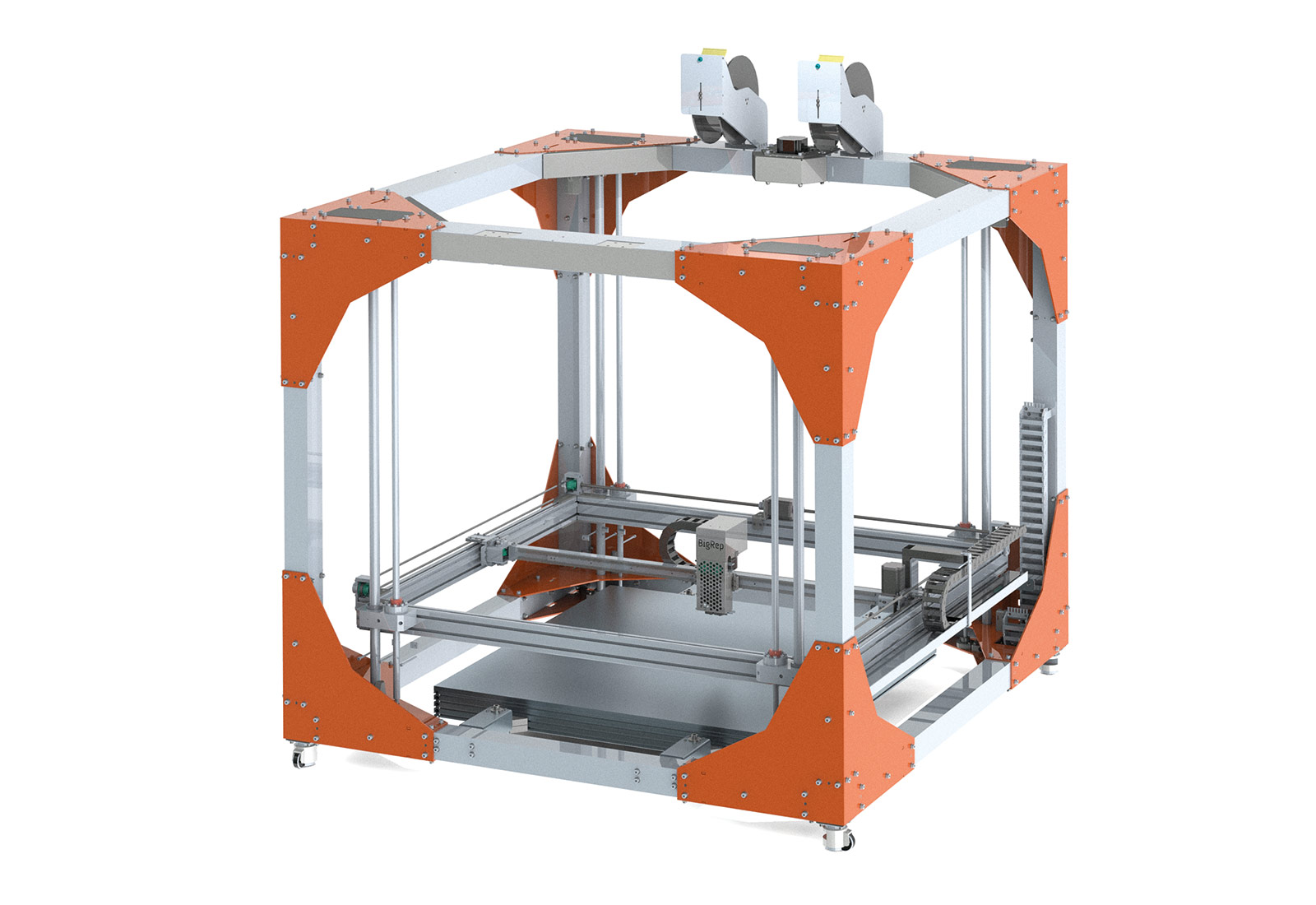 René Gurka, Chief Executive Officer of BigRep, stated: “BigRep’s affordable large-format printers and customer solutions such as BigRep Industrial Cloud Printing, surges forth to a new dimension in this promising technology. Since we started our business in the beginning of 2014, we have been literally flooded with requests and inquiries. Our new shareholders not only support us with capital, but more importantly they provide knowledge to foster the expansion of our R&D, production and sales.”

The design of this large-format 3D printer is impressive: with a sturdy almost completely metal structure including an aluminium frame, a relatively minimalistic aesthetic meaning fewer parts to require replacement, and pro-grade CNC sourced parts. The machine boasts relatively high resolution printing at a maximum of 200 microns and a dual extruder deposition system.

The range of materials for the 3D printer is impressive, although BigRep is careful to articulate that the feedstock outside of the standard PLA and ABS is experimental — though that range of materials is broad indeed, including PVA, HDPE, PC and TPE. Without a doubt the key feature of this large scale 3D printer is its build volume, which stands at a mighty 1060 x 1070 x 1105 mm, that’s a build volume of some 1.3 m³.

There are a number of other FFF 3D printers in this size strata, such as the QuadRap, GigaBot, 3DMonstr, BigBrad, and German RepRap X400, but none are as large as the BigRep. And, now, the funding is there for the nascent company to take production of their printer to the next level. The company’s video explains more about this stand-out product, which also has an interesting number of other features such as the cloud based industrial print system. The future looks bright for BigRep.