Thales Alenia Space and Poly-Shape SAS have joined forces to create the largest qualified metal printed part for a satellite. The antenna supports for two separate satellites have broken new ground for additive manufacturing and could be the impetus we need to get whole craft printed in the future.

Both parties saw the potential for very large additive manufactured parts on the satellites. With the help of powder bed-based laser melting, the team have produced antenna supports that are 447×204.5x391mm3 and weigh in at just 1.13kg.

The savings were substantial and it went beyond weight. They include:

The previous assembly required a substantial amount of assembly post-production. It required a bespoke casting and nine separate pieces, compared to one part with additive manufacturing, so the advantages are compelling.

Aluminium is the weapon of choice

Poly-Shape uses aluminum for a large number of its parts due to the light weight and thermal conductivity. “As a rule of thumb, the actual costs of putting 1kg into orbit are around €20,000 ($22,000),” said Florence Montredon, Head of AM at Thales Alenia Space. “So every gram really does count. The starting weight of the two new satellites is around 3500kg.”

Inevitably, for any aerospace application, the parts have to be thoroughly tested and the validation process ensures that each part has high strength, rigidity and corrosion resistance. Satellites can stay in service for decades and they have to withstand brutal conditions. A simple failure can put an entire satellite out of action and that can cost millions of dollars, so it stands to reason that each and every part has to be as strong as it reasonably can be.

Cleaning up the pores

The porosity of 3D printed metals has been a cause for concern, but with this production method the team managed to achieve porosity levels of less than 1%. Both the shear and tensile strength were well in excess of the required specifications. A CT scan revealed a small crack and minor deviations in the geometry, but these were corrected and the parts passed the follow-up inspection with flying colors.

3D printing is ideal for such limited runs of parts and will even help with the evolution of satellites and other aerospace components.

With traditional production methods, once the casting is complete, there has to be a compelling reason to change the design. There are significant costs and time constraints involved, so there has to be a clearly defined benefit that is worth the investment. With 3D printing, the parts can continuously evolve with minimal additional cost beyond the testing required to validate the new part. 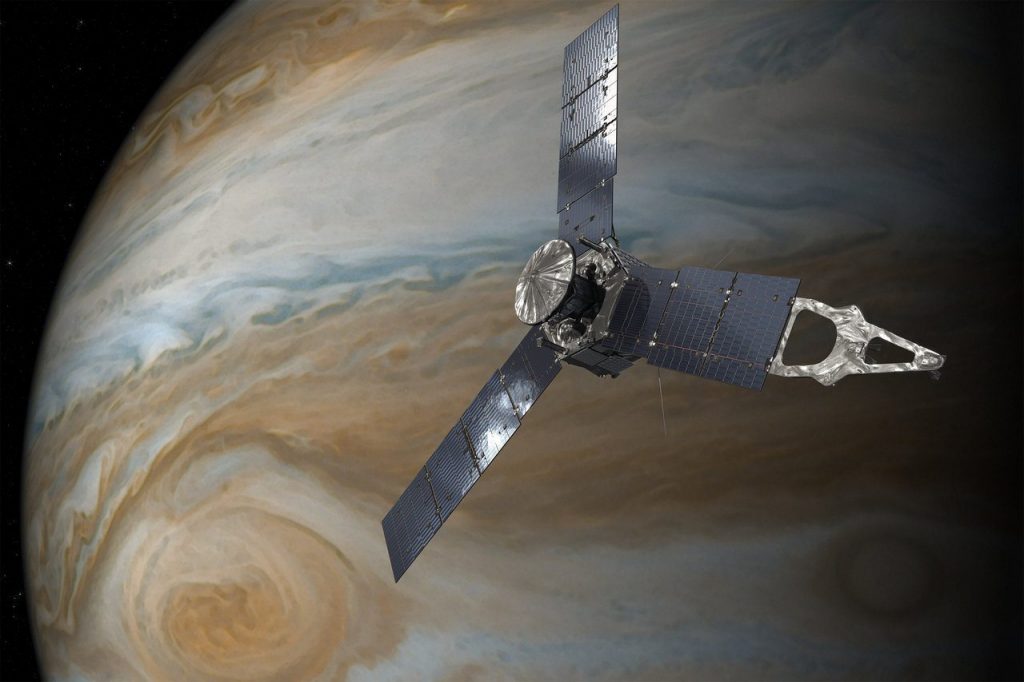 Additive manufacturing is an accepted fact

So 3D printing will help to speed up development in a number of ways and it’s good to see that the parts are now making their way into space and are well beyond the test phase.

Juno, which recently entered Jupiter’s atmosphere, features 3D printed wave guide brackets. NASA is using 3D printing as a matter of course and Made in Space now has a commercial printer on the International Space Station that will inevitably supply parts for satellites and other craft.

So additive manufacturing is becoming a fact of life in the aerospace industry. We don’t think it will be that long before an entire printed craft breached the atmosphere and takes 3D printing to the final frontier, and beyond.