Fried eggs or gummy bears? Cherries or cola bottles? People’s favourite candies often divide opinion. You may never have thought about it, but these tasty little gummy sweets are actually designed that way. You also may never have imagined yourself as designing your own candy, but this latest competition from My Mini Factory and Katje’s Magic Candy Factory is about to change that.

Who are the magicians?

During the past year Katje’s Magic Candy Factory has popped up across Europe and the USA. Their first pop-up store was in fact launched in Birmingham this August, as a celebration of classic children’s author Roald Dahl’s 100th birthday, and their 3D printed gummy candy, comes in all shapes and sizes from portraits, to octopuses.

Also totally sweet, but in a different way is My Mini Factory, growing its online community of 3D designers since 2013. Now the two enterprises are about to announce a magical union.

Magic Candy Factory are giving one lucky 3D artist or designer the chance to win a candy printer package worth more than £30,000. Magic Candy Factory printers were developed in collaboration with American high-resolution 3D printer company printrbot, and Uruguayan 3D printing software developers Sur3D. Not only will the winner of the competition be one of the first people in the UK (and the world) to own the candy-printer, but they also have the opportunity to bring their visions to the Magic Candy Factory range of candies.

The theme for designs is open, however a 3D object must printable in 5 minutes or under: a requirement geared towards intended use of the machine. Other competition guidelines call for designing at 1.2 mm layer thickness; and for fun designs representing the kind of thing you would’ve liked as a kid, or still like now! There will be a live feed of the launch at 4pm BST today (21st October 2016) over on the Magic Candy Factory Facebook page, and more details can be seen on the official My Mini Factory Design Competition page here.

For inspiration you might want to revisit the 1971 classic film Willy Wonka & the Chocolate Factory and take notes on the edible grass, toadstools and buttercup teapots, or even have a look through some of My Mini Factory’s 3D printed creations. Think big but design small. 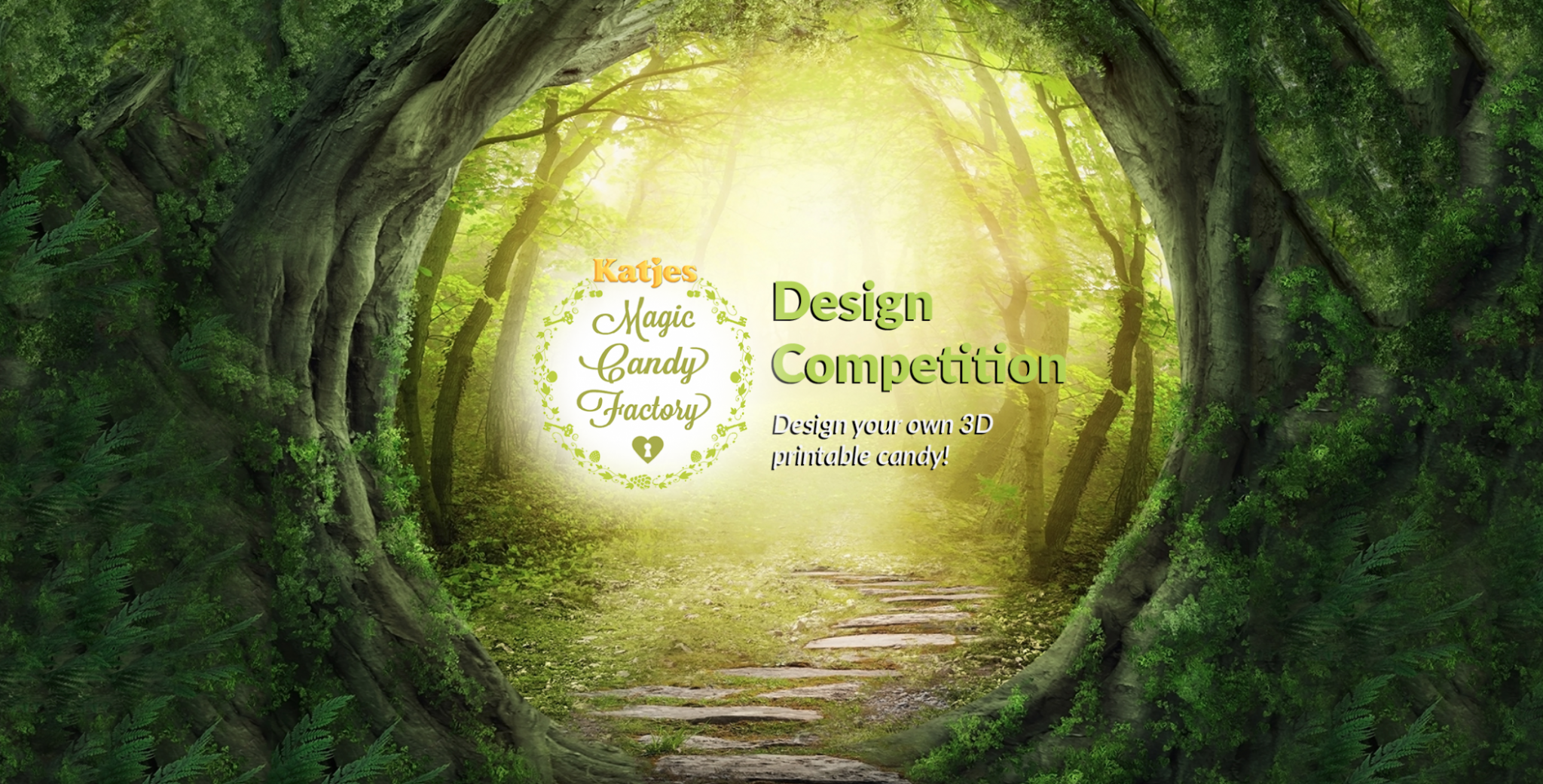