Hundreds of Kits have been sold, and the 3D printer has received one award and is nominated for another. BIBUS MENOS, Sintratec’s Polish distribution partner, awarded the Sintratec Kit the prize for the most innovative product on the Polish market. The 3D printer has also been nominated in the “Personal 3D Printer of the Year” category at the 2018 3D Printing Industry Awards.

Tomasz Weis, BIBUS MENOS team leader, said “we see great potential in the solutions that Sintratec is developing. Customers are looking for 3D printers that guarantee high-quality combined with an affordable price. We believe that the Sintratec S1 and the Sintratec Kit will open many new opportunities for customers who are interested in SLS technology.”

The Sintratec Kit is specifically designed for the production of functional prototypes and is an ideal entry point into the world of SLS 3D printing. The Kit, as the name suggests, is delivered to customers in kit form, meaning assembly is necessary. Sintratec says assembly takes one person around four days and requires no technical knowledge.

The Kit features a maximum print volume of 110 x 110 x 110 mm, printing with a layer height of 100 micrometers. Users are able to set parameters for 3D printing, such as laser speed and material temperature, allowing fine adjustments for specific powders.

British biotech company FabRx has been using the Kit to 3D print medicine. The adjustable printing parameters of the Kit made it the perfect choice for 3D printing many medical compounds in a range of shapes and sizes. “The Sintratec Kit allows us a whole new approach to the development of new medicines. Following the surprising results, we bought another Sintratec Kit recently!” said Fabrizio Fina, a PhD student working with FabRx. 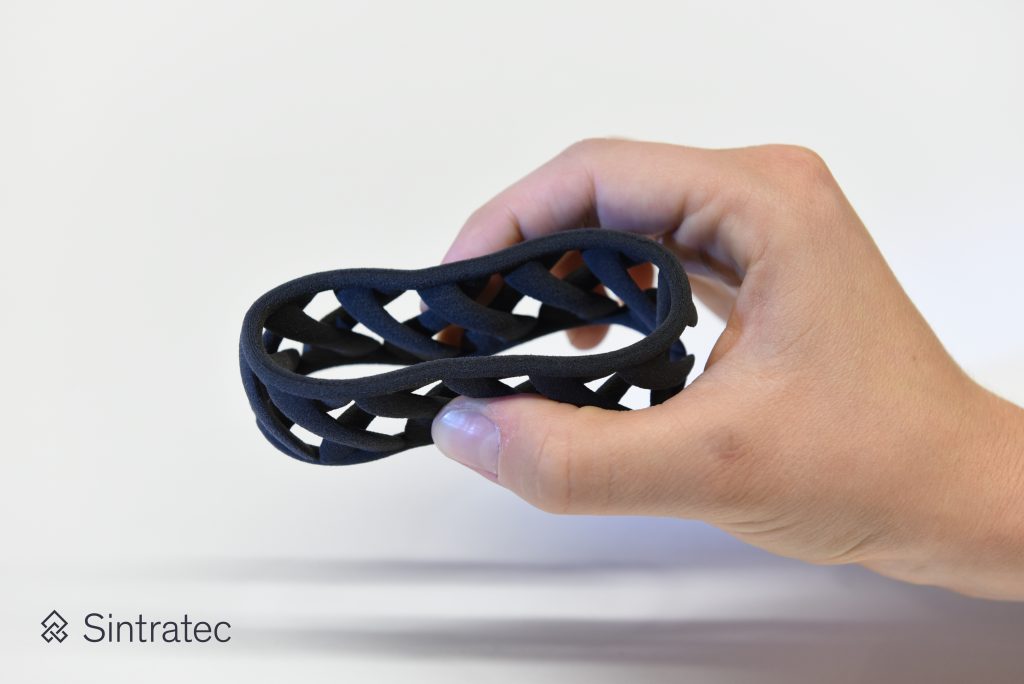 Sintratec initially launched the Kit with the help of a crowdfunding campaign, which delivered 60 Kits to backers. The Kit is available for €4,999, far less than many competing SLS 3D printers.

Sintratec is currently employing people in a variety of roles, including a Java Developer, Cloud Architect and Frontend Developer 60-100%. You can view these roles on the 3D Printing Jobs board.

Check out the 3D Printing Jobs board to post vacancies and advance your career in 3D printing.

Vote in the 2018 3D Printing Industry Awards, before it closes.