A study conducted by a team of scientists and recently published on the Dovepress portal showed that it is possible to 3D print patient-specific, biodegradable medicinal implants to more effectively cure bone infections and bone cancer. That, however, is just the beginning of a story that is nothing short of amazing. Not so much for the results of the study (which are extremely promising), as much as for the fact that this state of the art research in drug delivery methods was conducted primarily using a desktop MakerBot Replicator 2X 3D printer and a desktop ExtrusionBot filament extruder

The objective of the research was to “demonstrate that it is possible to create an antibiotic-eluting and chemotherapeutic-eluting filament that would maintain integrity throughout the extrusion and 3D printing process.” This filament would then be used to create drug-delivery discs, beads catheters, and other geometrical shapes capable of delivering the drug within a patient’s body and, then, dissolve naturally. 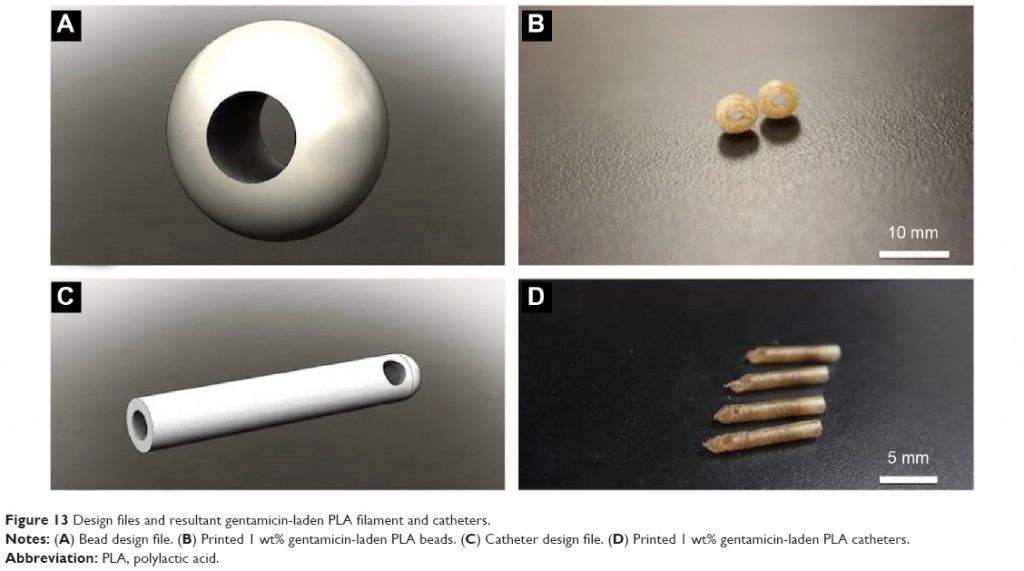 As medicinal compounds to test antibiotic effectiveness, the scientists used gentamicin sulfate (GS). This drug is used to cure osteomyelitis, a bone infection that can lead to death and amputation and is generally treated with local and systemic therapy, often requiring multiple surgical interventions. For chemiotherapeutic capabilities, they used methotrexate (MTX), a medicine for treating osteosarcoma, an aggressive and malignant cancerous bone tumor.

The delivery medium, the material that the drug-delivery implants were made of, is regular, good, old PLA, which is highly biocompatible and simply dissolves within the body over time with no complications for the host. In fact, it appears that PLA based drug delivery implants hold considerably more promise than any other currently used materials. 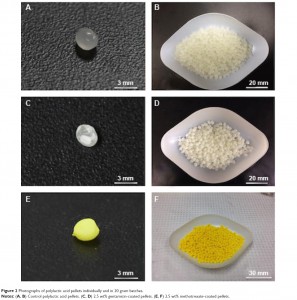 You can read the study’s specifics in the detailed Dovepress report. So, we will limit our description to the basic fact that the researchers proceeded with the determination that any biomaker has. They took commercially available PLA pellets and coated them in a silicone oil. This allowed them to achieve suspension on the surface of the pellets in such a way that, once vortexed, it provided an even dispersion throughout the batch.

As discussed previously, extrusion temperatures were a key consideration, so as to ensure minimal degradation of GS and MTX. For optimal results, coatings were limited to <20 μL and the pellets were extruded through the ExtrusionBot system in order to obtain the medicinal filament used to create the 3D structures.

SolidWorks was used to design a 5 mm diameter, 1 mm height test disc. The disc file was printed using the control factory filament, a 220°C printer extrusion head temperature, 300-micron layer height, and the 100% fill setting. No rafts or supports were used, and the printer bed was sterilized with alcohol prior to filament loading and printing. (Doesn’t this sound just like any home making experiment? Isn’t that amazing that this is very high level, potentially revolutionary medical research?). 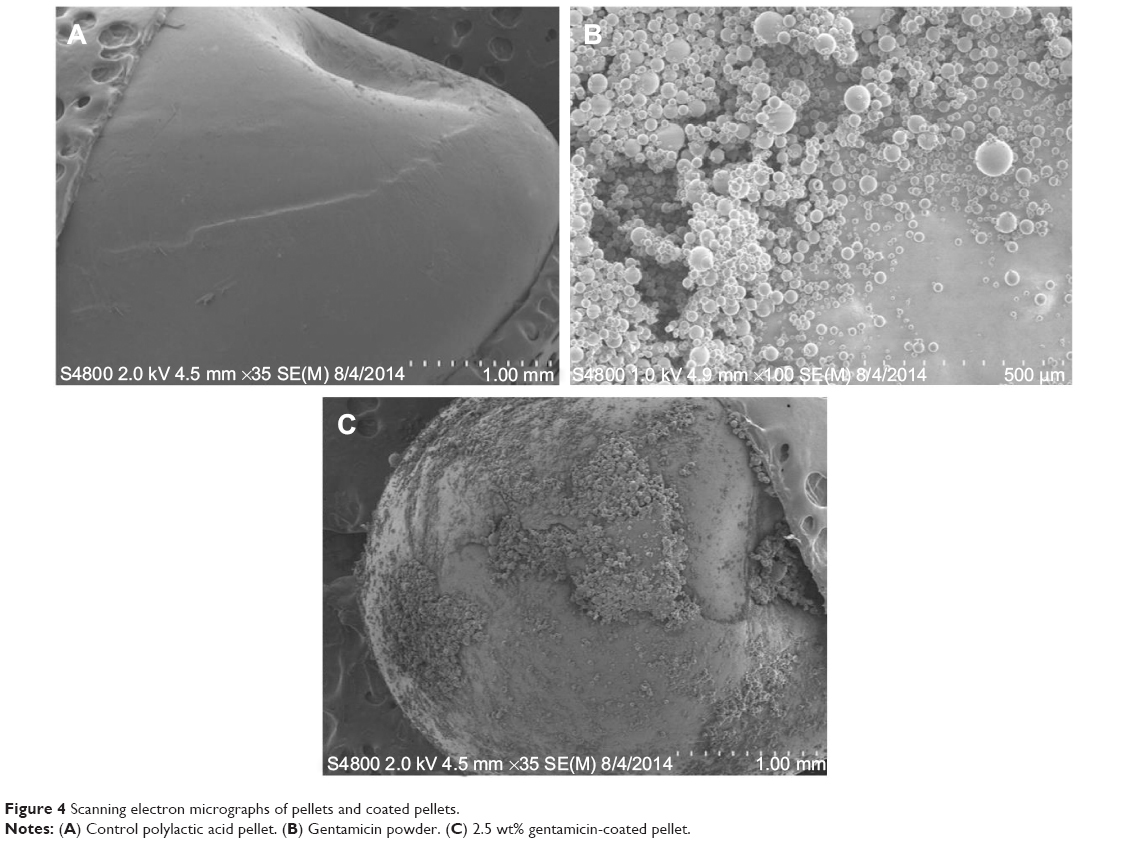 Perhaps the most complex part of the experiment was the testing phase, where the cytostatic results (that is the actual inhibition of cell growth and bacteria) were measured. To do this, the scientists had to resort to XTT assays and other high-end lab equipment. Once again, you can consult the article for an accurate description of the methods used. The bottom line is that, while the doping percentages were relatively low (1% and 2.5% by weight), the effectiveness of inhibition was found to be relatively high. 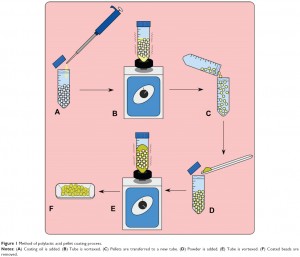 It should be noted that MTX is primarily used to stop cancerous cell growth (cytostatic), rather than to revert it (cytotoxic). Future work with cytotoxic compounds may show more significant reductions in cell activity on both the live/dead and XTT assays. Fabrication of test discs with a number of layers or hollow constructs would likely increase the surface area, increase elution, and result in a decrease in cell activity.

Furthermore, by using PLA, a well-known biocompatible plastic, as the primary component of the implants, normal body functions should be able to break down the implant after time, negating the necessity of additional procedures to remove the implant. Before these new drug-delivery fabrication methods are used for human treatment, it will be necessary to conduct in-vivo testing: there is no immediate cure for these diseases, but the wider availability and lower costs of advanced lab equipment, such as a MakerBot Replicator 2X desktop 3D printer, could now be cutting the times to create new medicines by several orders of magnitude.