Genistar is opening its showroom in Montreal 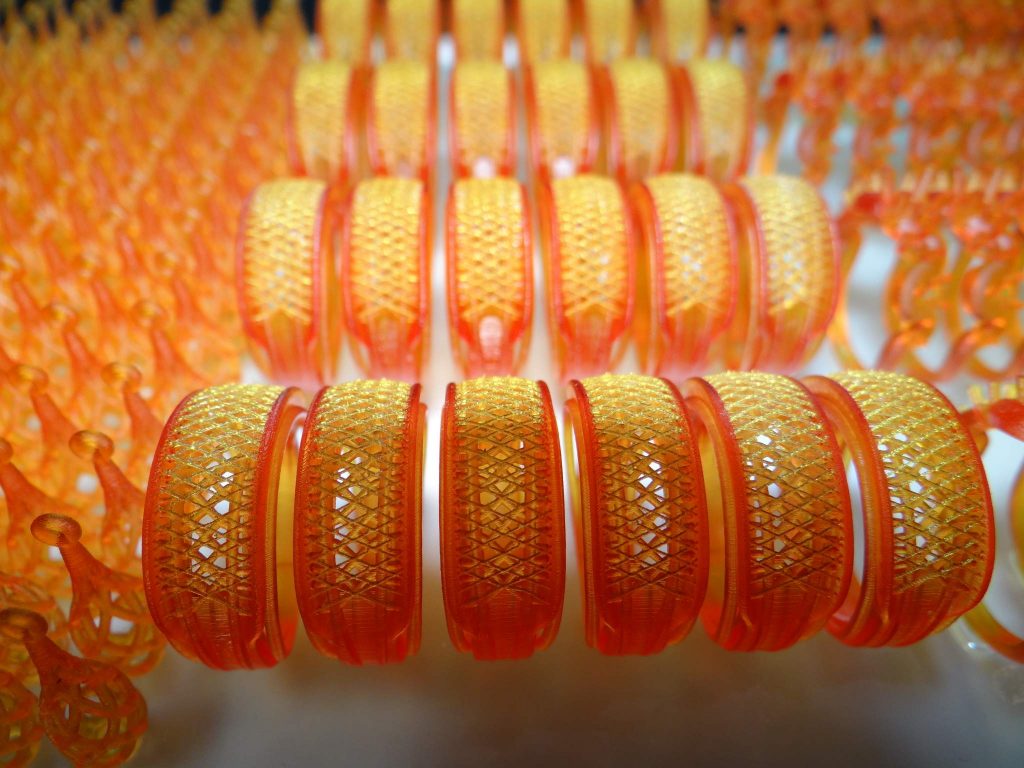 Genistar is a Montreal based distributor of Prodways 3D printers, serving the United States, Canada and Mexico. Models include the ProMaker series L5000, L6000, L7000, L8000 and D35. These industrial grade solutions for the 3D printing market provides VAT-based photo-polymerisation using a moving DLP head to provide predictable and repeatable results all across the platform. Genistar, whose sister company is Axis Prototypes, a 3d printing service bureau also based in Montreal, became a North American distributor for Prodways’ line of production-grade 3d printers in June 2014.

The company is adding some finishing touches to its brand new 300 square-foot showroom where it is currently running a Prodways ProMaker L5000 3D printer. The showroom will allow Genistar to run printed parts through the machine, which boasts one of the fastest build cycles in the category of DLP (Digital Light Processing) printers, as well as serve as a demonstration piece for prospective customers.

“The showroom will provide an excellent opportunity for prospective buyers to get a first-hand look at a Prodways printer in action, not to mention the underlying technology that delivers unparalleled results in resolution, curing homogeneity, speed and printing efficiency,” says Genistar President Gilles Desharnais.

With a platform measuring 400 x 330 x 400 mm (16 x 13 x 16 in.), the ProMaker 5000 can print parts with a layer thickness between 25 – 150 microns and is compatible with resins that cure at 365-nm UV wavelengths. Its native XY resolution – consistent across all ProMaker units – is 42 microns, which is ideal for printing fine detailed parts. The ProMaker “D” series allows for the printing of parts on a granite platform without the need for support material.

Prodways, a French subsidiary of the Euronext listed company Groupe George, became the first 3d printer manufacturer to employ moving DLP projector heads in its curing platform. Aptly named MovingLight®, this proprietary photopolymerization technology is centered on the principle of repeatability, which is inherent in traditional mass manufacturing processes. MovingLight® provides a repeatable curing mechanism to solidify objects across the X,Y,Z dimensions (surface area and depth) at any point on the platform, with the largest platform measuring 840 x 660 x 550 mm. (33 x 26 x 22 in.) With that comes a repeatable native resolution of 1920 x 1080 pixels; in other words, every UV light projection emanated by its mobile projector delivers the same two million-plus pixels at any point on the platform.

“Whether you need to cure a tiny sliver of the layer at the far end of the platform or a full image at the center of it, every projection packs in the same 2 million pixels, ensuring consistent high resolution over the entire build area, something DLP printers with fixed projector heads cannot achieve,” adds Desharnais.