A low budget $49 3D printer has smashed through its Kickstarter goal and the funds just keep rolling in for the Hero101.

It claims to be the world’s most affordable 3D printer and we’re struggling to argue with that claim. It has clearly struck a chord, too, as although the company was looking to raise $20,000 on Kickstarter, it had already raised $40,217 from 418 backers with 28 days left on the campaign.

This one is happening and we’re excited about it.

The 101Hero looks a little rough around the edges, to put it bluntly. But then this is the first prototype and it claims a number of patents have helped bring high end printing to the masses. The products created on the promotional video, largely toys and models, did look the part too. In any case, it’s so cheap that we can forgive the awkward looks.

For a first 3D printer, it looks ideal

The market has been crying out for a cheap printer that people can experiment with. They may want to upgrade once they see the benefits of 3D printing, but the high price of entry is dissuading a large number of people right now. The Hero101 could be an ideal way for children to learn, novices to get started and for casual 3D printers to have some fun without breaking the bank.

It’s designed to be plug and play, so you can just set it up, download models and start printing within minutes from an SD card. You don’t even need to load software and it has the same one button printing system as far more expensive printers. 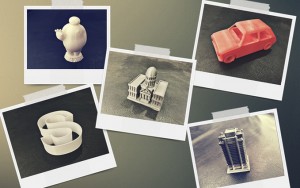 Break out the design programs if you want

For more advanced users the Hero101 plays nice with the likes of Cura and Slic3r, so you can get more advanced with the design work and you should get great results.

It will print with PLA, HIPS, Nylon or ABS and you can use freely available 1.75mm filament. The maximum nozzle temperature is 480 degrees Farenheit, so metal printing is out, but at this price point that’s more than understandable.

You do get a printer that weighs just 3.9lb and allows for a print height of 100mm, with a base print area of 150mm. You also get resolution of 50-350 Microns and X and Y positioning accuracy of 150 Microns. In short this looks like a capable machine for beginners that just happens to be very cheap.

Now the company has raised the funds to go ahead with the production version, we hope to see a slightly slicker version of the Hero101 in due course. We would also love to try it, as the one thing that the industry really needs is a budget printer that can actually ignite the passion for 3D printing in the general population.

This one is cheap enough for the general public to buy as a curiosity and if it delivers on its potential that it could prove to be a serious gateway drug.

Of course we have seen other campaigns like this in recent times and it wasn’t long ago we were pushing the cause of Peachy Printer, which descended into farce and legal problems when one partner spent half the funds on a new house. But we’re eternal optimists with things like this, because it’s so important for the future of the industry to provide a basic and low cost printer. We’re glad someone has finally grasped that nettle.

We hope that the Hero101 makes it to market, because from what we have seen so far, it’s going to be very special indeed.