After a decade and a half of producing 3D Systems’ line of ProJet 3D printers, Xerox Corporation will be selling a portion of its Wilsonville, Oregon R&D division to the industry leader for $32.5 million in cash.  The purchase is thought to benefit both companies, with 3DS gaining more than 100 Xerox engineers and contractors focused on product design and materials science and Xerox controlling the development of ink and printhead technology, in addition to other research.  3D Systems will, without hesitation, begin work in its own facility at the Xerox hub in Wilsonville.

Through developing its own research and development with the newly acquired Xerox team, 3D Systems will increase its R&D spending between 75% and 100% over the course of the next few years. 3DS CEO, Avi Reichental, described the acquisition as a part of the company’s overall strategy: 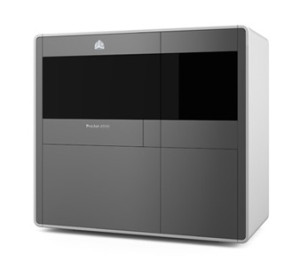 We are pleased to expand our relationship with an innovative partner of the caliber of Xerox and expect that acquiring some of the Xerox Wilsonville engineering team, together with their state-of the-art development labs and selected licensed IP, to catapult our 3D printers’ development and manufacturing capabilities forward. This bold step is consistent with our belief that we must act quickly and decisively to extend and cement our marketplace leadership position by taking full advantage of the window of unprecedented opportunity in front of us. The stronger our marketplace leadership, the more powerful our economic model becomes Simply put, a solidified position translates directly to higher revenue, higher profitability and greater earnings power over time and we are willing to sacrifice short term earnings to get there faster.

Xerox currently has about 1,000 employees at the Wilsonville location, 500 less than it had there in 2011, when some of its staff were transferred to contractor HCL Technologies.  The Wilsonville campus was purchased from Tektronix by Xerox in 2000.  Xerox, as the sole supplier of solid ink printing process, invented by Tektronix in 1986, asserts that its technology produces higher color print quality and is less wasteful than color laser jet printing.  If that proposed color quality carries over to 3DS’ full-color 3D printing, like the recently released ProJet 4500, the industry leader will greatly benefit from the acquisition.