WirePrint allow you to 3D Print ‘On the Fly’ as you design.

So you’re printing a seriously complicated piece, and halfway through you realize you’ve misjudged the size of one of the components. Problem? Not any more, if the people at Cornell University have any say.

They have created the first interactive prototyping system that allows the user to change the design of a print, as it is printing. The system allows you to pause anywhere in the process to test, measure and alter the design still in the printer. 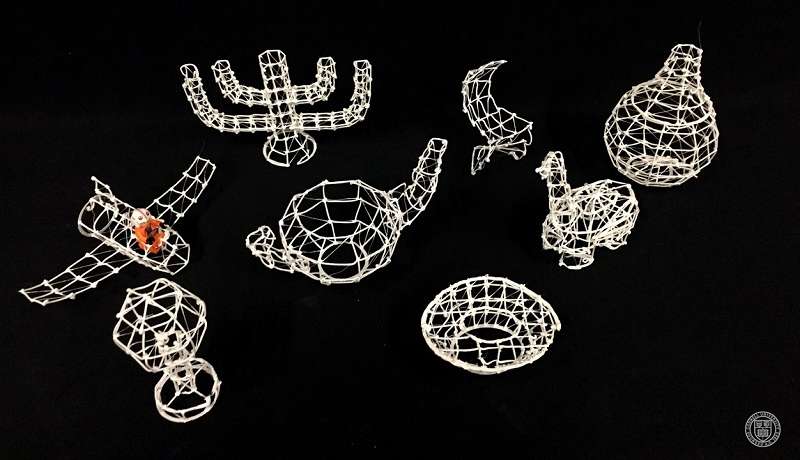 Their system uses an improved version of an innovative “WirePrint” printer developed in a collaboration between Guimbretière’s lab and the Hasso Platner Institute in Potsdam, Germany. Instead of printing solid items in layers, the WirePrint technique creates a frame structure that represents the surface the object will have as dictated by the CAD file. This helps speed up the time in creating prototypes, and allows refinements to be made during the process.

How does it do this? The printer has “five degrees of freedom”. The nozzle can only work vertically, but the platform that is being printed on can be rotated to present any surface towards the nozzle. The nozzle has been extended so it can reach inside to make changes, and there is also a cutter to remove parts of the model.

In addition, the platform can be removed from the printer to get a closer look at the alterations, measure and test , and then replaced to resume printing (well placed magnets allow it to be placed in the exact same location).

The software (a plug-in to a popular CAD program) designs the wire frame and sends instructions to the printer, allowing for changes. The designer can concentrate on their digital model and let the software control the printer. Printing can continue while the designer works on the CAD file, but will resume when that work is done, incorporating the changes into the print.

In a demonstration, researchers created a model for a toy airplane designed for Lego figures. They needed to add wings, cut out a cockpit and remove the model from the printer quite often to see if it would fit on their runway, basically showcasing all that their software and machine could do. And it only took 10 minutes.

By creating a 3D blueprint of a final design, the researchers were able to alter the model as they needed, as many times as they desired. “We believe that this approach has the potential to improve the overall quality of the design process” they said.