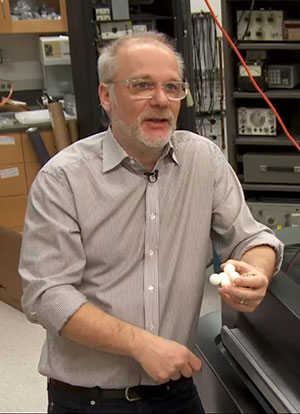 Professor Heinrich Jaeger from the University of Chicago – pictured on the right – and his research team have been studying properties of different materials and shapes. One angle of this research has been to find and understand how different particle aggregates behave when under pressure. The phenomenon behind this area of study is called jamming, which translates to considering how different constructs built of (randomly) placed particles transition from fluid to solid-like behavior.

For the layman, or indeed anyone not holding an advanced degree in physics, the primary question behind the study is: in which particle shape and formation of said particle shapes, is the construct, or aggregate, as stiff or as soft as possible, when exposed to some brute mechanical force? Starting from scratch – by guessing – wouldn’t have necessarily been the ideal approach for solving this dilemma, as the number of different shapes and their formations is as vast as one can imagine – quite literally.

Therefore Marc Miscin, a grad student working with Professor Jaeger, created a computer algorithm – the evolutionary optimization – to ease off some of the workload from the machines’ human colleagues. The algorithm created random shapes, which were then put through an iterative process where different alterations were made to them, all the while simulating the created constructs with the desired scenario goals. After the computer had calculated and tested something that could be considered ideal in the real world, the aggregates were then 3D printed and tested with a squeezing apparatus. 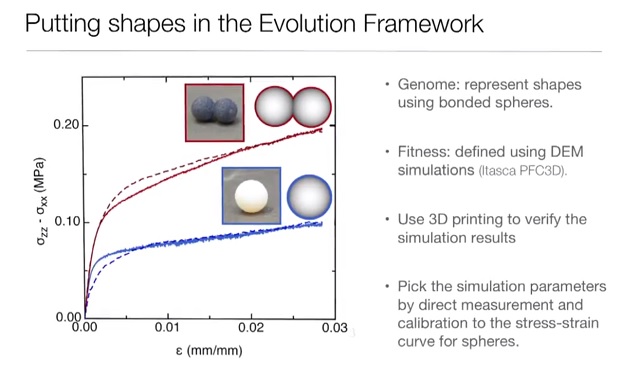 Watch a video of the process below for a more visual brief of the study and its intentions.

Professor Jaeger himself states that the biggest impact this study might have will be more on an academic level – i.e. solving some unsolved physical and mathematics problems. However, I would assume that applications in many industrial and other sectors could benefit from finding the ideal construct for the strongest and most resilient possible structure – in the aviation industry for example. Let’s hope that Marc Miscin’s algorithm is modifiable and open in nature – in such ways that even people outside academia might have the chance to one day benefit from the results of this study.

The full results were published on Nature Materials, so if you’re subscribing to it already, you can head here for the full story.