From February 25-27th, REAL 2015 is bringing 3D scanning, 3D design software, augmented reality and 3D printing together under one roof.  Literally, because it takes place at The Fort Mason Center in San Francisco.  And figuratively, as part of a conceptual metaphor for a new singular process called Reality Computing.  So, before I describe the event, what is Reality Computing?

Well, I first heard about this concept from an interesting interview with Rick Rundell, Senior Director & Technology and Innovation Strategist at Autodesk.  When I posed this question, Rick gave the following response:

“Reality Computing is about capturing physical information digitally, using digital tools to create new knowledge and new designs, and then being able to deliver digital information into the physical world by materializing it through various computer controlled processes or through augmented reality.  We use the term ‘Reality Computing’ to encompass an emerging set of workflows around the data required by 3D printing and also data that is generated for various kinds of spatial sensing technologies.”

After our conversation, I began to have a mild “split reality” syndrome.  I started to think of physical reality as something that can be captured and turned into digital data.  Then, I began to realize how much you can alter the world physically by taking captured digital data, changing it in software, and doing something like 3D printing it into physical reality.  But this is just the beginning. 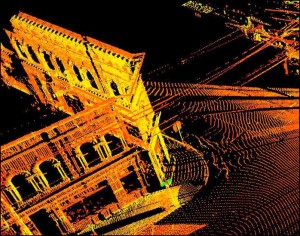 This means that 3D software, combined with fast computing hardware, now have more than enough power to process reality in real time. For example, in AutoCAD 2015, you can examine and alter a whole building, adding and removing objects or walls at will, by having the room, building, or object laser-scanned into a point cloud.

The combination of increasingly detailed laser scanners and powerful software has transformed the point cloud data into the 3D model itself.  Software like ReCap 360 includes features like Real View, where you can view your captured structure light (reality data) in real time. 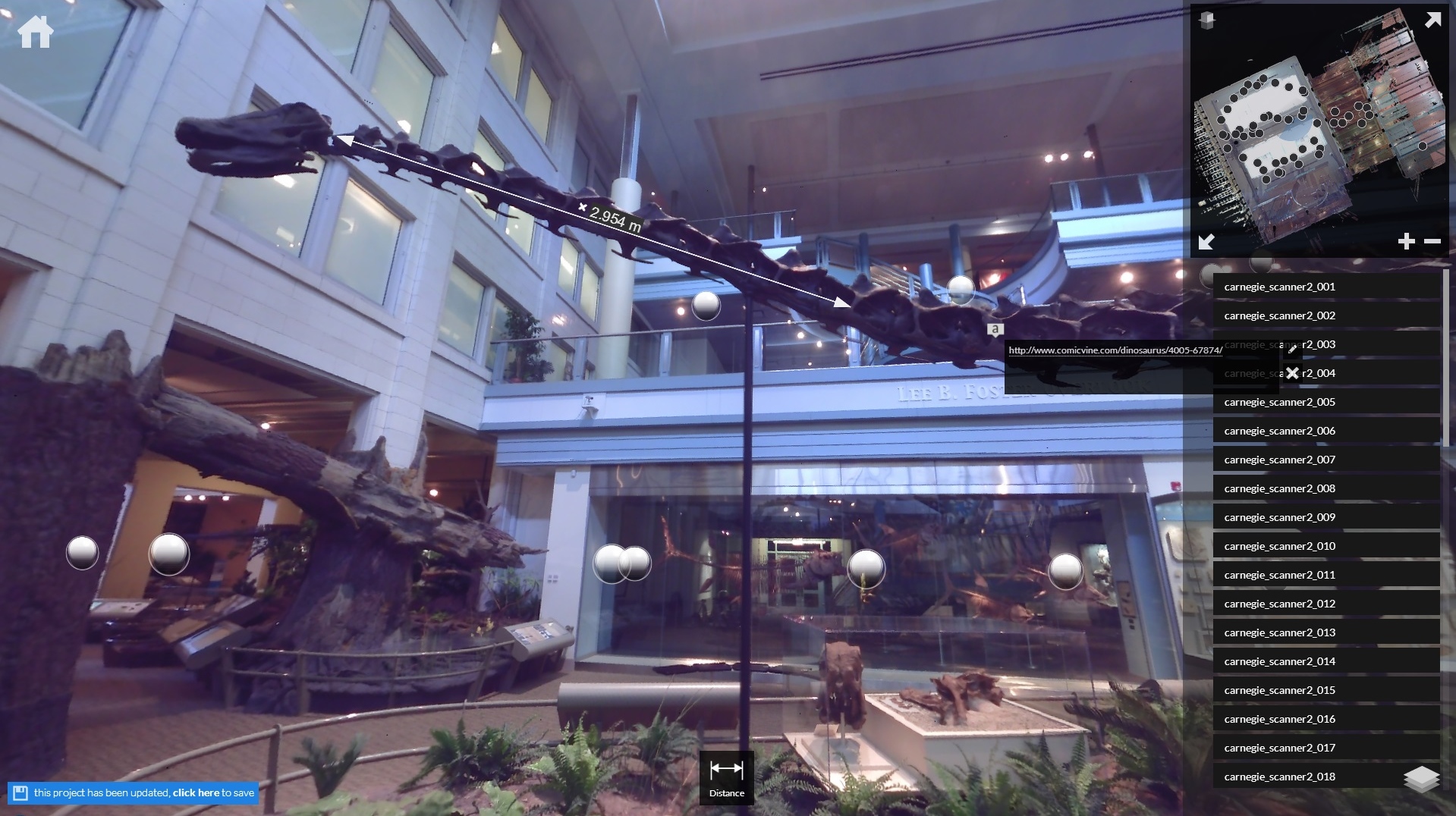 This removes the disconnect between modeling a physical object, room, building, or landscape and a CAD software that could not create models in as much detail (due to geometric limitations), and with as much accuracy as the point cloud data gathered from a laser scanner, for example.

I began to imagine that there was a switch in my mind that could just flip the way I experienced information: one mode would be physical, and the other digital.  No computer screen necessary.  If I were to digitize the room I am in now, I would have to digitize myself.  Just like I would have to digitize myself to 3D print a “shelfie”.  I was first scanned by Shapeways at the MAD museum in NYC, then at a Shapify booth to get my “shapie” at a 3D printing conference.  The scanners process my reality data and 3D software prepares my digital data to be turned into new physical data as a 3D printed object.

The point I’m trying to make is that my initial fascination with 3D printing was directed towards the hardware, the materials, and the printers themselves.  Reality Computing brings together all of the data and technology that makes 3D printing possible, and expands the ecosystem to definitively include sensing technologies, 3D software, and augmented reality.  This has altered my perception of 3D printing. For me, 3D printing became a gateway into Reality Computing.

Over the past year, I’ve found it to be an extremely interesting concept to think about:  physically transforming and transporting the world through a digital engine.  A digital filter through which physical objects can be transformed and replicated, distorted, redesigned, altered in any location that has a 3D printer and the right software. 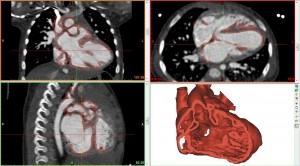 The truly mind-blowing thing is that you’ve already read about Reality Computing. For example, when you see a story about a 3D printed heart helping doctors visualize and perform a tricky surgery on a child, you will see a headline that emphasizes the 3D printed heart.  Fair enough. 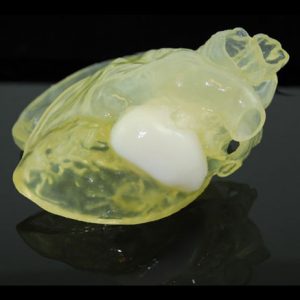 But, while it’s true that the 3D printed heart is what helps the surgeons prepare and teach others in a new way, at some point in the article, you will come across two other equally important processes: scanning and software.  Without the “reality data” captured by a sophisticated scanner such as CT data or MRI data, as well as the software to transform that data, the real heart could not be 3D printed.  Therefore, the doctor would not be able to visualize a complicated heart surgery with an exact 3D printed replica of the heart in question.  This is an example of Reality Computing in the medical industry.

But it’s everywhere.  If you’ve browsed through the Smithsonian X3D site, all of the reality data of every object you look through was captured, and incorporated into interactive software (designed from ReCap and Maya) that allows users to download Smithsonian artifacts, and 3D print them at home or through a service. 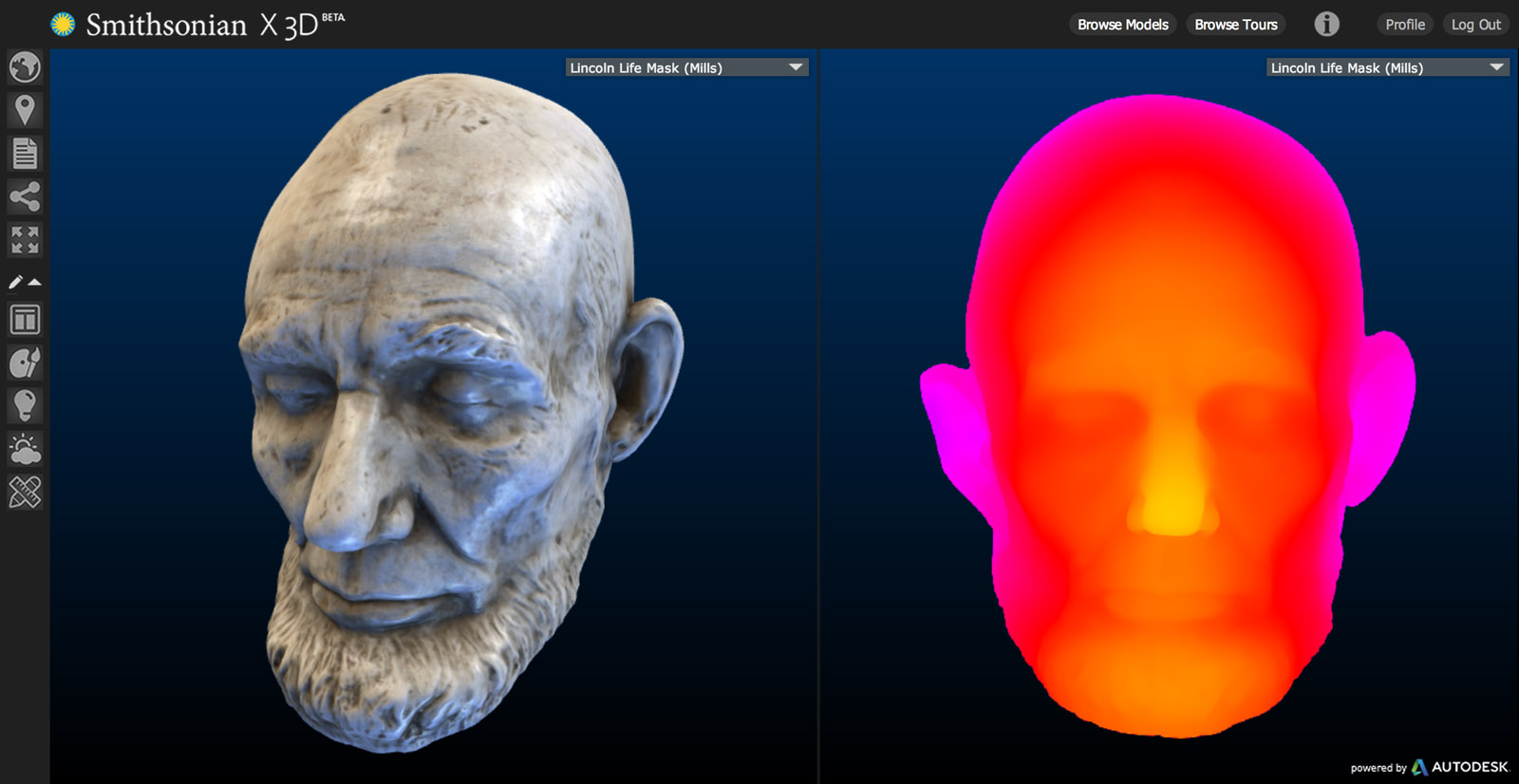 In the world of 3D printed construction, we’ve seen some pretty impressive things from all over the world, but the most impressive perhaps is WinSun 3D printing 10 houses in 24 hours, and more recently, assembling a large villa and a 5-story residential apartment complex out of a 3D printed concrete mixture and a massive printer. 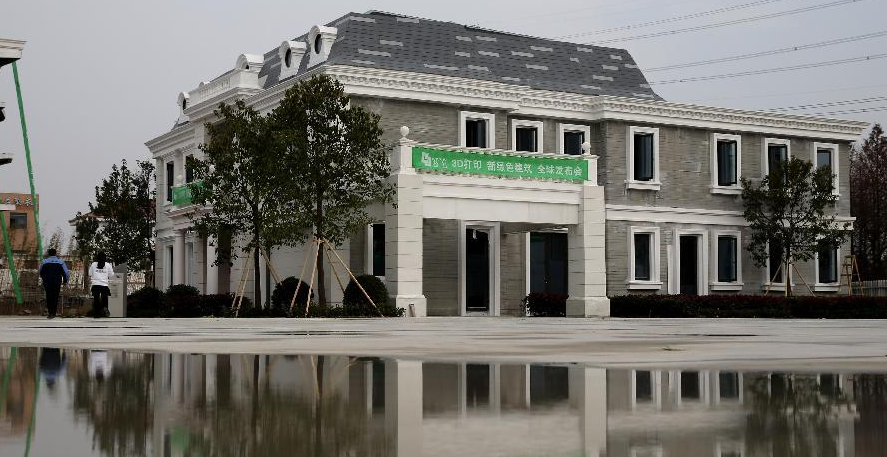 Imagine being able to 3D print a new room or other structures on site, with the scanning of reality data and augmented reality software, to alter the existing physical structure, first digitally, and then physically, by 3D printing the changes.  We aren’t there yet, but the implications are there. 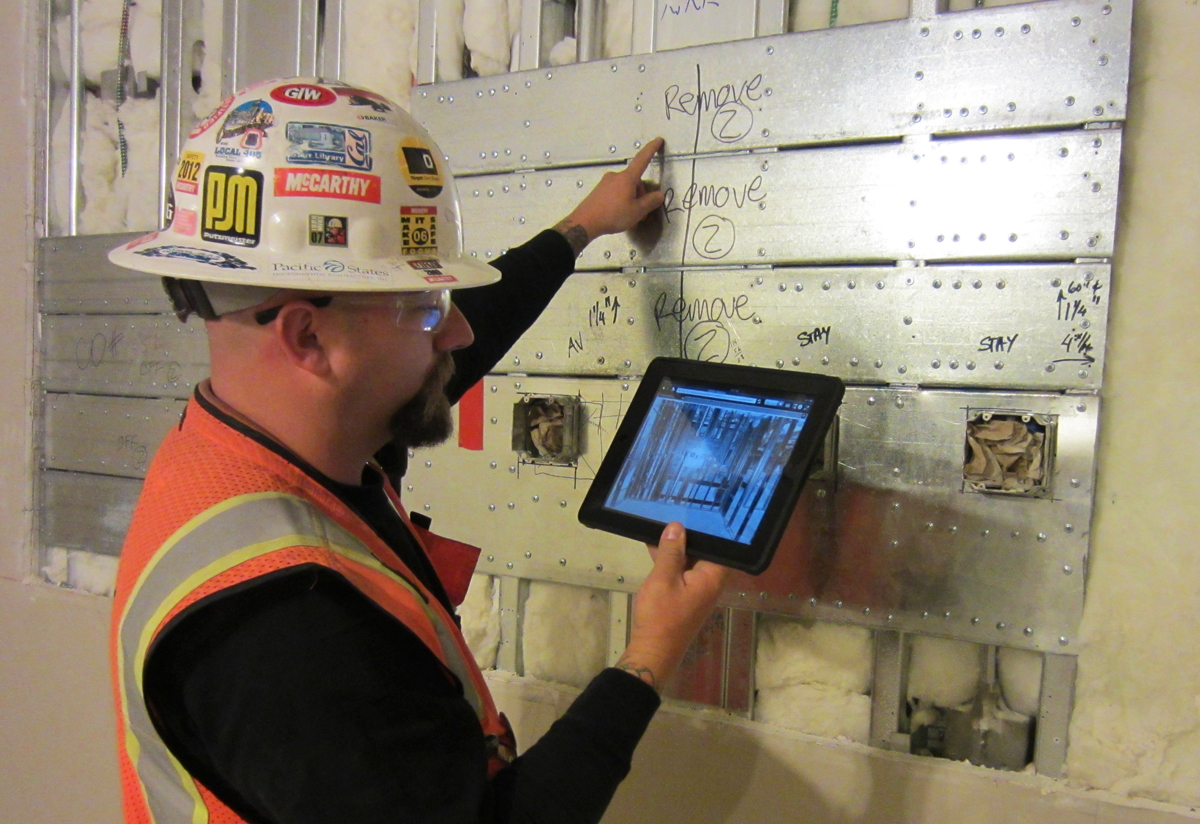 Reality Computing is a convergence of sensing technologies, incredible design software, augmented reality and 3D printing across many disciplines and industries.  Physical and digital reality are becoming so intertwined that they might actually be on their way to becoming indistinguishable, in my opinion.

REAL 2015 is a convergence of these industries that incorporates sensing, making, and visualization.  It’s a showcase of Reality Computing. This means cutting edge presentations, interactive demonstrations, and the opportunity to explore the convergence of the physical and digital worlds and the 3D technologies that make this possible.

There are going to be over 500 leaders covering topics and disciplines including media, arts, engineering, metrology, art, health, engineering, sports, science, manufacturing, and education.  Presenters include people like digital fabrication pioneer and CEO of Kreysler and Associates, Bill Kreysler, whose company has won awards for excellence in the manufacture of Fiber Reinforced Polymer (FRP) architectural products.  People like Bruce Beasley, one of America’s most prominent sculptors and the youngest artist ever to have his sculpture placed in the Museum of Modern Art’s permanent collection.  Beasley will be there discussing 3D printing and sculpture.

Also present will be Austen J. Heinz, the CEO of Cambrian Genomics, a company developing the first hardware/systems for laser printing DNA.  Did you know that researchers in academia and industry order or clone greater than $1 billion worth of DNA per year?  Dr. Brendan Foley, the maritime archaeologist of the Woods Hole Oceanographic Institution, which specializes in advanced technologies and deep submergence operations. will be there to speak to his team’s pioneering archaeological applications of Autonomous Underwater Vehicles, technical diving, and their work tracing and identifying ancient DNA.

Visual effects wizard, Tim Webber will also be in attendance.  You might remember his work from such films as: The Dark Knight, Harry Potter, and Avatar. He also oversaw the planning, shooting, and post production of the movie Gravity, developing new rigs, robotic arms, and the light box – a gigantic cube of LED lights that became one of Time Magazine’s inventions of 2013.  These guests are just a small cross-section of what to expect at REAL 2015. Check out the full list here. 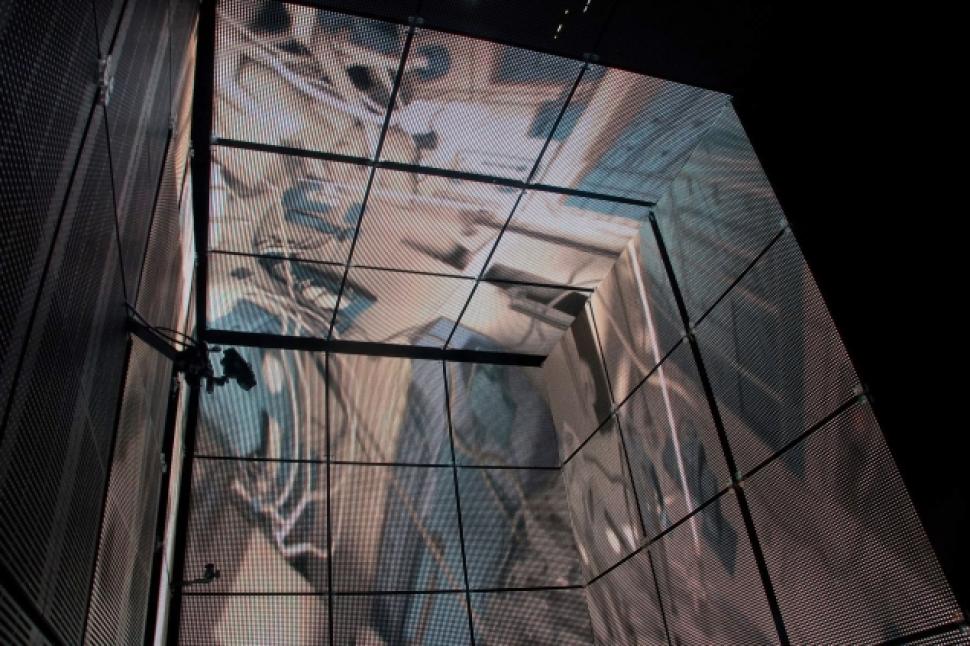 3D sensors are suddenly everywhere.  Virtual Reality and 3D printing are moving past the early adoption phase and into the professional phase.  Reality Computing is where sensing meets making, and exploring the rapid convergence of the physical and digital is what REAL 2015 is all about.

To get tickets, click here. Purchase tickets with the code “REAL3dI” and get a 25% discount. And, as the future approaches, stay tuned for more coverage before, during, and after REAL 2015.  In the mean time, if you want to go even further down the Reality Computing rabbit hole, check out Robert Shear’s excellent webinar on Reality Computing, when you have a free half-hour.