Under this agreement the Sahara Force One team can fully utilise the 3D Systems platforms to reduce the time and cost for manufacturing wind tunnel model components. Wind tunnel testing and development is a key area where teams can gain that all important competitive edge in Formula 1 racing and for most teams these tunnels are in operation 24 hours a day. 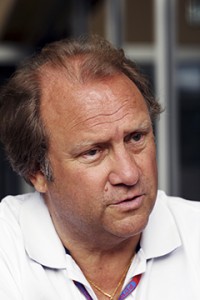 The combined spend on R&D amongst the Formula One teams runs into hundreds of millions dollars each year and many of the new designs and innovations eventually end up on road cars. Together with engine development the budget is probably measured in billions of dollars, so the sport is a truly global force in designing stronger, lighter and more aerodynamic parts for their latest cars.

Several years ago Formula One’s governing body began to impose regulation on how much the teams can do on testing work during the season, and the current limit is set at 15,000 km of track testing per constructor each season – amongst other restrictions. This has put emphasis on making the most out of the valuable track testing time and pressure for the teams to get the off track design and construction work as close to perfection as feasible by the time the season starts.

Most of this design and preparation work takes place in a computerized environment, running simulations and utilising all the latest technology available. 3D printing is one of these technologies that can help in managing the quick turnaround times required, given the developments in the larger number of available materials and ability to make larger and larger pieces with increasing accuracy.

Formula One is attracting over half a billion people in TV audiences per season which is a testimony to the attractiveness, not just for the racing action, but for these finely constructed cars and the underlying technology they occupy. 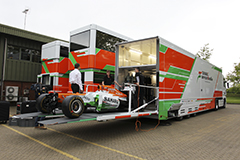 To get some further insight, 3DPI’s Ari Honka spoke with the Sahara Force One Deputy Team Principal, Robert Fernley, who elaborated on some of the key focus areas related to 3D printing and his team:

3DPI: The original press announcement refers to Sahara Force India using 3D printing for wind tunnel models. Can you tell us how the team is using the technology?

RF: Sahara Force India uses 3D Systems’ rapid prototyping equipment to manufacture multiple quantity surveys of parts (as well as some single quantity) for the wind tunnel model as part of our aero dynamic programme. Aero dynamics is a key area of focus for delivering performance to the car, which is why the tunnel operates twenty four hours a day.

3DPI: Does Sahara Force India use 3D printing in other prototyping applications on the car and are there any production applications that the team would consider?

RF: Some rapid prototyping components [various processes] are now used on the race car, but due to machine size and material limitations its application is limited, but it’s useful for producing some titanium structures.  We do use our rapid prototyping equipment to manufacture parts for the full size mock-up chassis model. 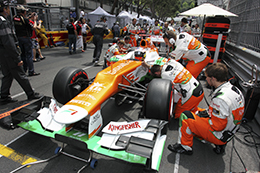 3DPI: What kind of benefits does the 3D printing technology provide for the team?

RF: For one-off components with a complex geometry the technology is very useful. The speed and accuracy of manufacture is the key benefit.

3DPI: What kind of changes does 3D printing offer with the future in mind and which areas of Formula 1 are most affected by this technology?

RF: In the future we expect rapid prototyping to allow for the production of larger pieces. There will also be expanded material availability, which should mean that more components of the actual race car can be produced. 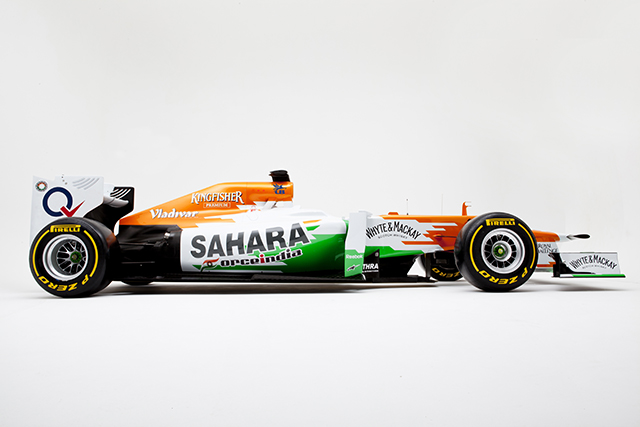 3DPI: What are the most interesting areas of technological development within Formula 1 overall in the coming years?

RF: Aero development is always key and very complex, but the new power plant regulations for 2014 will focus the teams’ minds for the short term.

3DPI: Can you tell us about the relationship between 3D Systems and the Sahara Force India team?

RF: Our relationship as a customer is long-standing so it’s exciting to establish a stronger link with a company we know very well. We have a suite of SLA machines: 3 x Ipro 9000 and 2 x SLA 5000. We use the Ipros because they are the fastest SLA machine on the market; they also have a large build volume enabling us to process large quantities of parts quickly. The SLA 5000s are 15 years old and still operate well, which is testament to their quality.

We have a fully comprehensive service provided by 3D Systems on the Ipros, which includes all spares, next-day engineer call-out and scheduled routine maintenance.

3D Systems also provide all of our SLA resins. Going forward, Sahara Force India wants to explore the other 3D printing technologies, such as selective laser sintering and plastic jet printing from 3D Systems as part of this partnership. 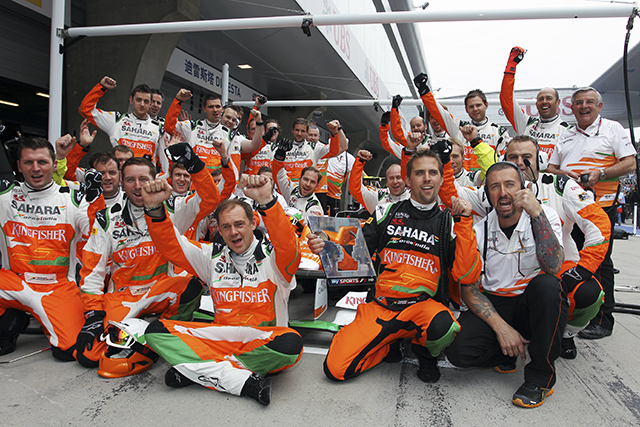