3D printing helps save infant with brain growing outside skull

Sometimes you hear a story that just warms your heart, and Bentley Yoder‘s is one such story. Last month he underwent reconstructive surgery to move his brain inside his skull, a move that was helped with 3D printed models.

Even before he was born, Bentley’s parents Sierra and Dustin were told he wouldn’t survive, and even if he did, he wouldn’t have any brain function.

“They said there was no chance he was going to live” said Sierra. He had encephalocele, meaning the majority of his brain was sitting outside his skull. 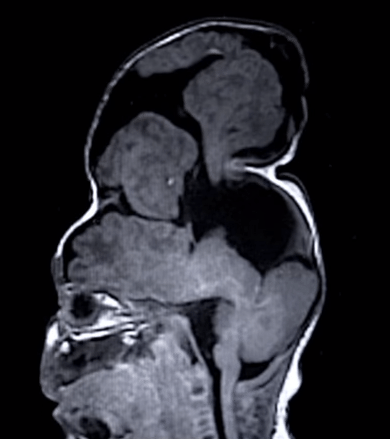 With the help of doctors, the Yoder’s decided to end the pregnancy, and got to the point of the night before the procedure before changing their minds. Bentley was carried to term, but doctors still warned his parents that he would not be born normal. He would be unable to move, unable to talk, unable to communicate or understand his own needs or even breathe.

Bentley was born kicking and screaming, defying all expectations. 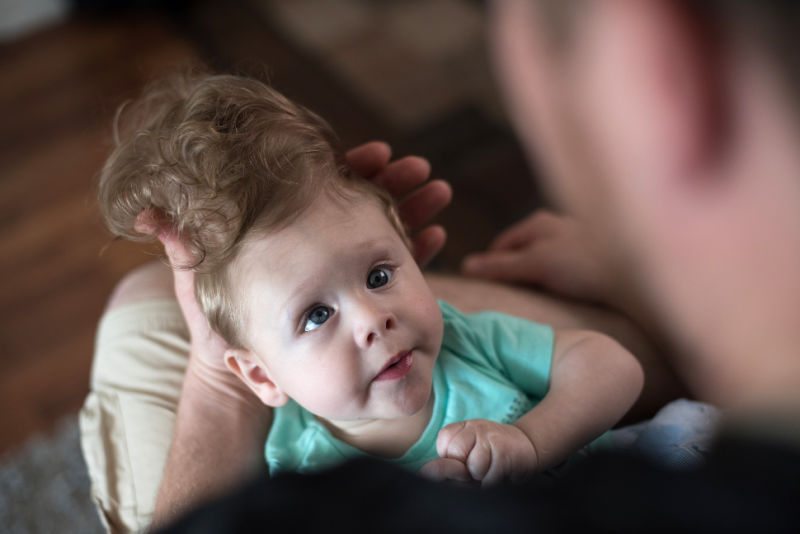 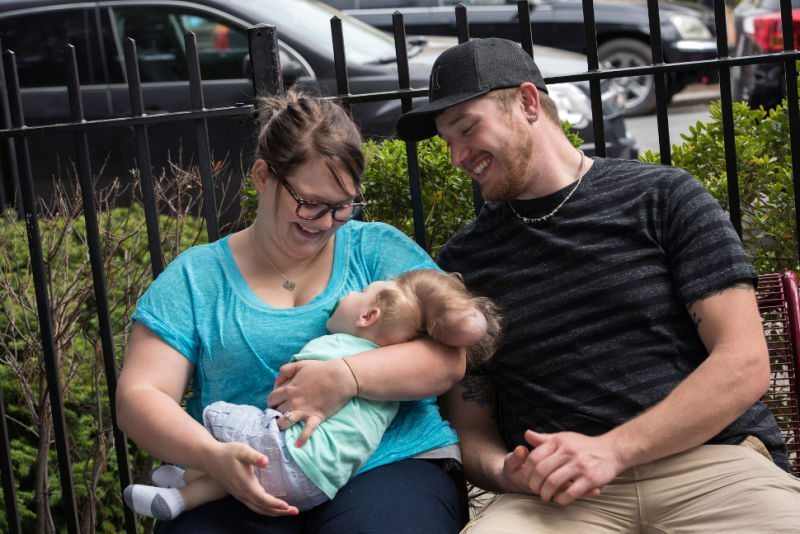 “He was crying and he was breathing and he was moving,” Sierra said. “We were all just staring at him. For the first four or five hours of his life, we were all just waiting for something to happen.” Doctors still recommended palliative care at this point, giving Sierra and Dustin information about funerals, but Bentley proved to be a fighter. He was taken home, and he continued to thrive.

The doctors were incredulous, and insisted that the growth above his head was just “damaged tissue,” and that “there’s no way it could be functioning,” but Bentley’s behaviors and normal developmental trajectory suggested otherwise. The initial plan was to remove the sac and remold the cranium, but scans showed that the large sac contained critical parts of his brain.

When Bentley turned four months, Sierra and Dustin took him to the Cleveland Clinic where a surgeon agreed that the infant was using his brain, but warned that it may not be possible to put it back in the cranium. From there, they found Dr. John Meara at Boston Children’s Hospital, whose surgical team sees a few cases of severe encephalocele each year. After examining Bentley, the surgeons realized that the parts of his brain sitting in the sac were responsible for core cognitive functions such as motor control, problem solving and vision. The brain had to go back in, and they developed a plan.

Meara’s plan involved slicing Bentley’s skull in several places and spreading it out like a flower to make more room. To close the encephalocele, he planned to take two segments of skull from elsewhere and criss-cross them at the top of the baby’s head.

How did 3D printing help?

To test his idea, the surgeon sent Bentley’s brain scans to a 3D printer at Boston Children’s and turned the resulting plastic model over and over in his hands. He sliced it up, and sent it back to the lab to get a sense of how much more material he could fit inside Bentley’s skull.

In consultation with neurosurgeon Dr. Mark Proctor, Meara decided it might be just enough to fit all of Bentley’s brain. 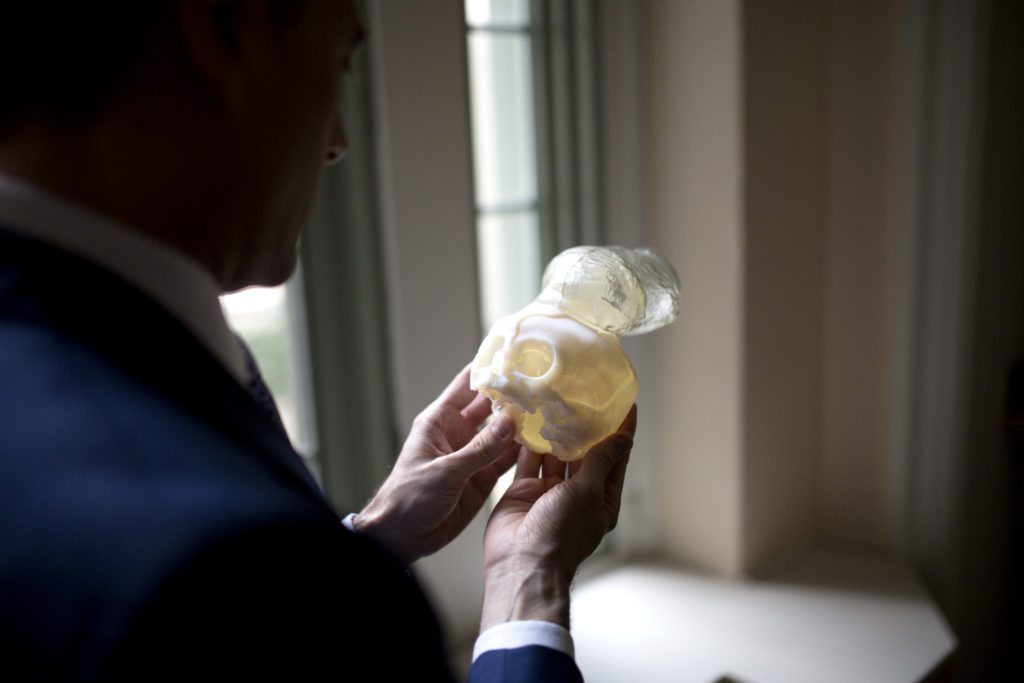 Using 3D printed models, the surgeons were able to plan and practice the procedure. What would have ordinarily taken around 14 hours would now take 4 or 5 thanks to the technology.

“It let us know what part of the brain we could replace back into the skull and what part we couldn’t,” Proctor said. “I think we understood things pretty well going in.”

When Bentley was 7 months old, his skull was strong enough to support the surgery, and it was scheduled for May 24th. 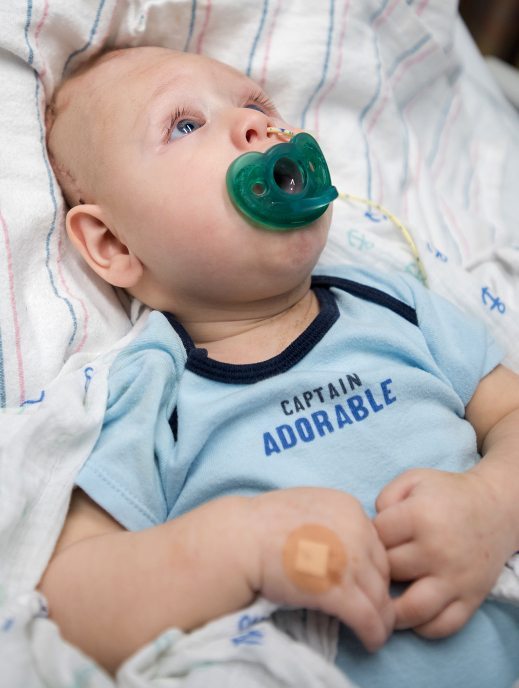 It was a complete success, although two more surgeries were needed to add a shunt to drain excess fluid from Bentley’s brain.

Now, nearly a month after the surgery, Bentley appears to be doing well. No one can be sure what his future holds, as there has never been a case quite like his. It’s quite possible that his vision is impaired, but it’s not clear to what degree. He will begin physical therapy next month.