With a phenomenal global network of over one thousand one hundred printers, 3D Hubs has stormed ahead of it’s handful of rivals to become the platform of choice for home 3DP. The printer owner then offers 3D-prints for those who are yet to buy a 3D printer for a fee of their choice.

The data from this massive and rapidly growing network has been collated and processed by the 3D Hubs team into the following highly revealing graphics: a must know for consumers considering using 3D printing, home 3D printer manufacturers, 3D printer distributors and retail, home makers, the sectors media, mass media and more.

3DPI: This is fascinating data Brian. You have indeed blessed the 3D printing community with your opensource data ethos. Thanks for your time to look at the insights through some questions during this busy first data release schedule.

First off, perhaps surprisingly to many – given that Ultimaker 3D printers are greatly out-sold by the MakerBot’s more mass marketed models – that there are more Ultimakers than MakerBot 3D printers on your network. What would you suggest may be the variables behind this seeming anomaly?

Brian: Although we don’t have any figures to prove this, we expect the Ultimaker to outsell Makerbot in Europe, looking at these figures that could well be the case.

Right now most people buying a 3D printer are tinkerers, or hobbyists, so we don’t think that [user type] would influence MakerBot vs Ultimaker signups that much. 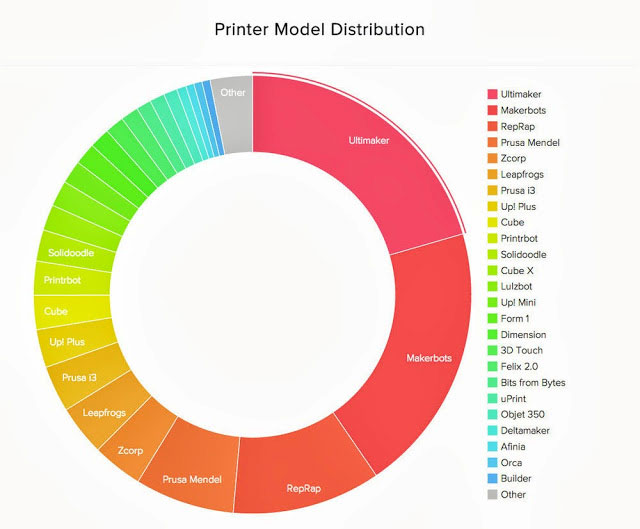 3DPI: 52 of 1100 printer hubs offer wood. That’s not bad considering that home 3DPs are publicised with almost ubiquity in the mainstream media as only being able to offer plastic 3D prints. That really opens up access to other materials for a much wider audience. Is this a trend you believe with continue?

Brian: Yes definitely, after hearing Kai Parthy speak at our Antwerp meetup in June we’re convinced that materials will be a big frontier in 3D printing at home.

The quality of FDM / FFF printers will gradually get better, but materials can have a big impact on the look, feel and functionality of a printed product. Lets take an iPhone or GoPro case, both popular products on our platform, the exact same print quality in a flexible material makes for a much more functional product, which doesn’t break as fast, fits easier (due to flex) and probably lasts longer as well. 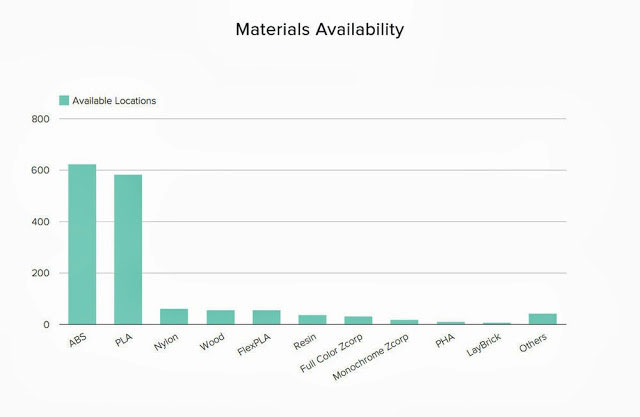 3DPI: Your network allows home 3D printer owners to sell 3D prints. RepRap 3D printers are, generically, the most famous example of 3DP’s that can print most of their own parts. For most people already though, buying a home 3D printer pre-assembled is the option of choice. Given the self-replicating potential of some 3DP’s, do you think that having local outlets for 3D printer manufacturing companies will be an important, growing, future trend?

Brian: Shipping can be a bottle-neck as it often adds significant cost and time to your order.

If good local options are available they are probably favourable, especially with the recent explosion of printer models out there. We also expect the bigger players (e.g. Ultimaker & MakerBot) to have more and more local retail points (like the Microsoft stores) making it easier to buy your printer locally.

3DPI: Masculine colours are more widely available for print orders on the 1100-strong 3D Hubs network. What do you think this says about the user base – is it generally male 3DP owners underestimating the potential female market for print orders for example? I’m dropping a hopefully helpful hint here for 3D Hubs users…

Brian: It’s hard to say, we don’t have any data yet on male vs. female population of our userbase. Although from our meet-ups we know that it’s off-balanced to the male side for sure.

Lots of printers probably ship with basic colours, which probably off-sets the colours to more primary colours as well. 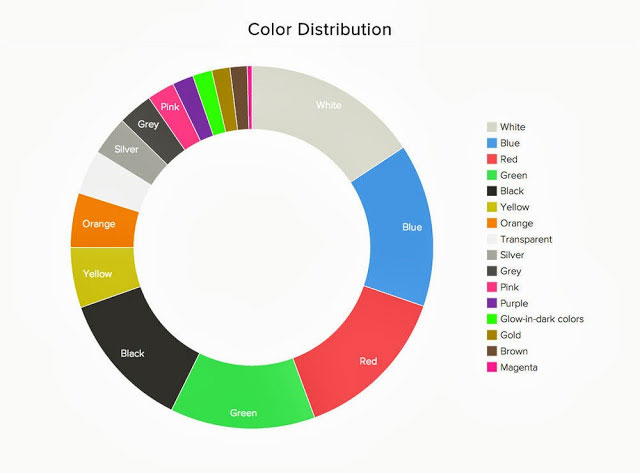 3DPI: The take up rate of 3DP’s on the 3D Hubs network is getting faster. Home 3D printer sales slowed a little last year after the peak of positive hype, as mass media moved on to maintaining subject readership by offering negatives related to 3DP’s; such as my pet dislike, the 3DP gun. Outside of publicity Brian, why do you think the take up accelerating?

Brian: Also word of mouth. Our platforms users are generating through the Unlock Your City campaign’s effects. 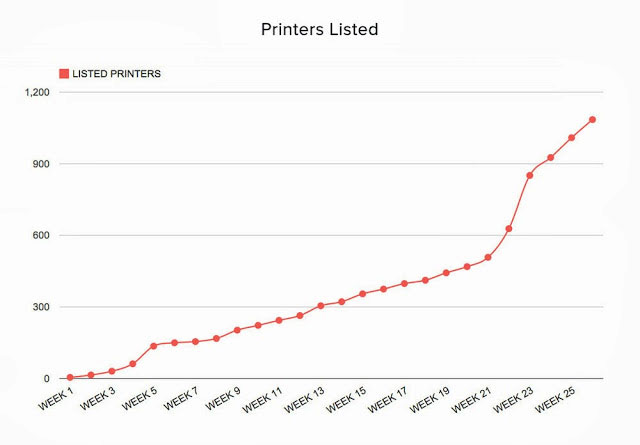 3DPI: According to 3D Hub’s data the days of the term ‘3D Printing’ being primarily associated with ‘Rapid Prototyping’ (proof, planning copies) rather than ‘Additive Manufacturing’ (final, functional copies) are numbered: Just 30.1% of print orders are prototypes. What do you think is going on here?

Brian: This is truly exciting information. When we started with the platform we had a vision “to provide an alternative for mass-production”, we still have a long way to go till we get there, but to see people fixing broken things, making custom jewellery, printing out gifts for friends and making product add-ons is super inspiring… and shows us just a hint of what is to come in the next years.