Trumpf, the privately owned German engineering company and manufacturers of industrial 3D printers will create 100 new jobs this fiscal year. An additional 100 new jobs will be added for the forthcoming year of 2017/18.

The news comes along with today’s announcement that the company have reported their financial results for the fiscal year of 2015/16.

Trumpf are the manufacturers of the TruPrint range of industrial 3D printers, based upon powder bed technology and using laser to melt and form metal parts. The company also offer laser metal deposition 3D printers with their TruLaser machines, available as the TruLaser Cell 3000 or TruLaser Cell 7000.

Despite a hardening of economic conditions, the advanced manufacturing company reported an increase in sales,bringing their total figure to €2.81 billion for year. This is a 3.4% increase on the comparative figure of €2.72 billion reported for 2014/15. However, the increase in total sales revenue did not translate into an increase in profit and the consolidated income figure for 2015/16 of €303 million represents a decrease of 15.2 percent on the comparative figure for the prior year of €357 million. 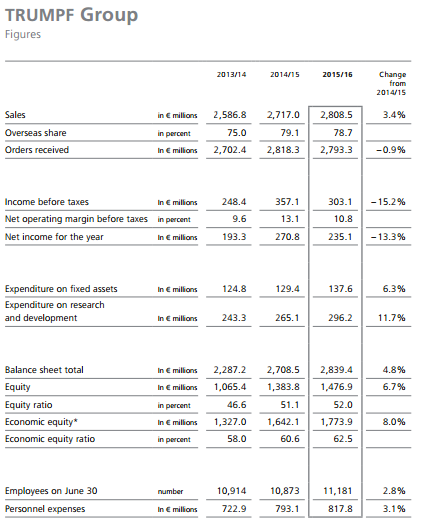 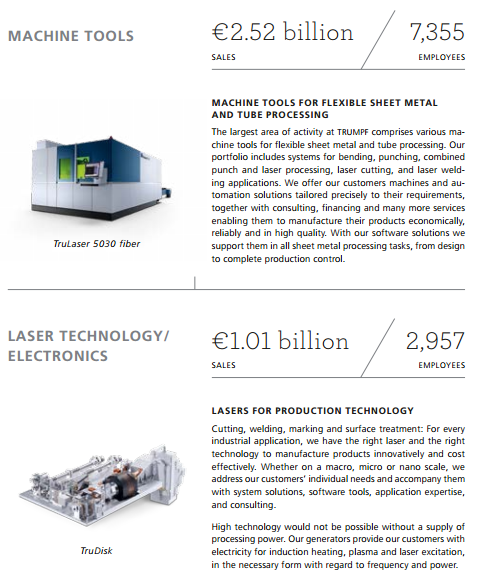 Regarding today’s news Trumpf’s Chairwoman of the Managing Board, Dr. Nicola Leibinger-Kammüller stated, “We were unable to repeat the strong sales growth of the previous financial year, but in view of the global economic factors, this result is very satisfactory for an export-oriented company.”

Additional explanation for the company’s performance is given as due to, “the weak economic situation in China and Brazil, the sanctions against Russia, and also the uncertainty caused by the Brexit referendum, which has also affected other countries, for example in Eastern Europe.”

The new jobs will be mostly in Ditzingen, Germany where the company is headquartered. Ditzingen is relatively small town in the German state of Baden-Württemberg and with a population of just under 25,000 Trumpf are a major employer in the town.

In total Trumpf employ marginally over 11,000 people in Germany, and about half that amount again internationally. These figures increased during year according to the new financial statements which can be read in full here.

Featured image is by Munich-based photographer Manfred Jarisch. Jarish visited Trumpf during the summer of 2016 and his work illustrates the companies most recent financial report.