Headquartered in London with approximately 250 staff across the world, CONTEXT specialists in tracking technology sales and pricing globally. Supported by a large Distribution Channel  database and coupled with an extensive experience in managing and reporting on large data sets, CONTEXT has provided a high quality data  for over 30 years. CONTEXT also works with Government Statistical Services and key Trade Associations globally.

This is this position that gave CONTEXT  the possibility to foresee the futur of the 3D Printer market. And according to them, the Worldwide 3D Printer market including Printers, Materials and Services) is set to reach $17.8B over the next five years, according to latest figures by CONTEXT, the global market research firm. Printer hardware alone, consisting of both Desktop 3D printers and Professional and Industrial printers, is projected to grow from $1.8B in 2016 to $6.4B in 2020 representing a 38% CAGR. “The market is set to grow in the next couple of years as IT stalwarts
HP, Ricoh and Canon begin to sell printers in volume into the Industrial/Professional 3D printing segment” noted Chris Connery, vice-president of Global Analysis at CONTEXT. “At heart will be the success of the industry to mirror HP’s recent announcement highlighting their intention to help the market move from a focus on vertical prototyping to a focus on mid-run volume production by way of new, faster and cheaper industrial processes.”

The long standing 3D Printer market, typified by companies such as Stratasys, 3D Systems and EOS, has grown the prototyping industry but has struggled to reach into the $21 Trillion manufacturing industry except by way of the ultra-hot (but still small) Metal 3D Printing market. Only 7% of the Industrial/Professional 3D Printers shipped globally in 2015 were focused on producing metal parts but this is the fastest growing sub-segment in the Industrial space. GE and Boeing are already using 3D printing to mass-produce intricate metal parts for the aerospace and medical markets for example. The market for polymers, a much larger part of the 3D Printing industry, has done well with “mass customisation” such as for hearing aids and manufacturing jigs, but has yet to make a dent in mass-production of plastic parts. 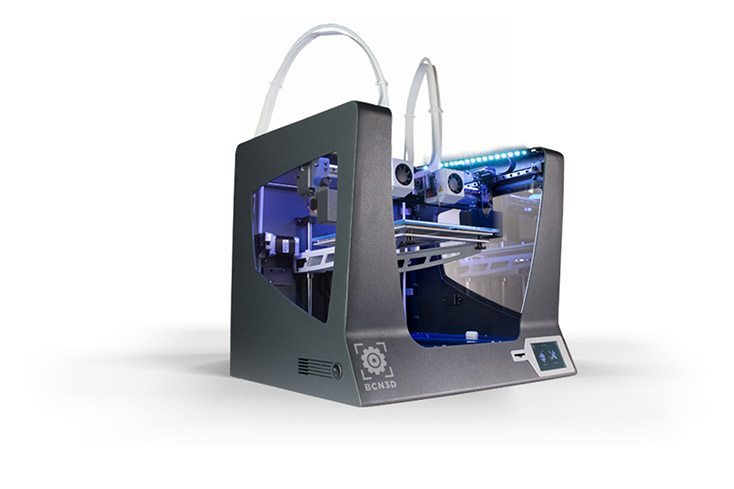 A learning curve While industrial 3D printing is taking away the limelight from the wanton industry darling of a few years ago – Desktop 3D Printing – these sub $5,000 personal printers remain extremely important for the industry. While not yet panning out to be a true consumer technology, the Desktop 3D Printer market continues to grow significantly, with a renewed focus on Education, on Makers/Hobbyists and on young Engineers. Desktop 3D Printers allow the newly initiated to retool their minds for additive manufacturing. “Whether it begins with the introduction to the technology by way of a toy as we will see later on this year with Mattel’s ThingMaker, by way of a few hundred dollar Kickstarter printer, or from leading brands like XYZprinting, MakerBot and others, as generations before had to become familiar with PCs, this generation needs to learn 3D Printing,” commented Connery. “Exemplifying the industry’s ability to move 3D printing into
mid-volume production, with the announcement of its Jet Fusion 3D Printers, HP has stated that 50% of the custom parts in their new printers are set to be additively manufactured via their own process”, added Connery. “If HP, Ricoh, Canon and others can help bring visibility to the power of 3D Printing to its own supply chain, then this looks to be key in helping the 3D Printing market move forward.”