Nick Ervinck is a Belgian artist who creates huge installations, sculptures, prints, workdrawings and animated films, exploring the boundaries between various media as he does so. He applies a number of tools and techniques, including 3D printing, to push the boundaries of sculpture, architecture and design. Using copypasting techniques in a 3D software environment, Ervinck follows the DJ model combining bits and pieces of shapes from various sources in order to create his masterpieces.

Ervinck has recieved recognition from various organizations and his work has been on display at numerous shows. In 2005 he received the Godecharle prize for Sculpture, in 2006 the Mais prize of the City Brussels and the prize for visual art of West-Flanders and in 2008 the Rodenbach fonds award. Recently he showed work at MOCA Shanghai, MARTA Herford, Kunstverein Ahlen, Koraalberg Antwerp, Zebrastraat Ghent, HISK Ghent, Odette Ostend, Superstories Hasselt, Brakke Grond Amsterdam, MAMA Rotterdam and Telic Art Exchange Los Angeles/Berlin.

To show not only what 3D printers can do, but also to highlight what a truly creative mind can do with 3D printers, 3DPI is showcase some of Studio Nick Ervinck’s amazing art on display in art exhibitions now or will be in the near future.

The first piece is called NAPELHIUAB, which was derived from the organic shape of flowers and plants. The digital design process allows the artist to form complex shapes that are impossible to create as a hand drawing. NAPELHIUAB is a lively sculpture with a dynamic shape that seems to grow endlessly and consequently mirrors the fast changing nature of contemporary metropolitan cities. The design process of this work is very closely related to a new form of architecture, which is commonly referred to as ‘blob architecture’. 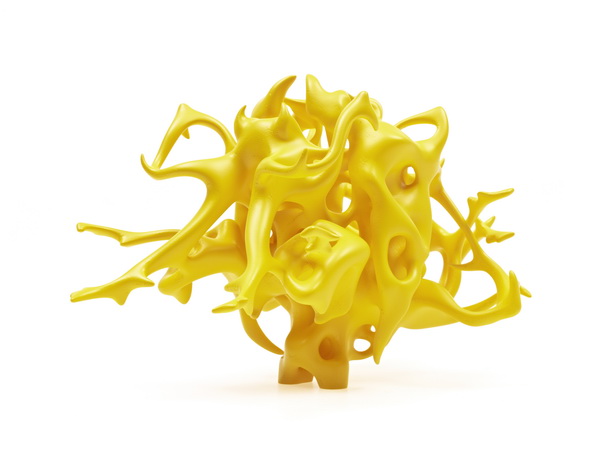 NAPELHIUAB is on display from 1st April at Art Paris Art Fair 2013 held at Grand Palais in Paris, France.

To create ARGIEBORZ, Nick Ervinck used human organ images found in medical manuals, that he then transformed to an organic form, a larynx gone wild. The final work retains some familiarity towards human organs, muscles, blood vessels and nerves, but the whole structured organization is missing and the end result could be from a science fiction world.

The latest inventions in bioprinting and the developing research around printing organs have opened doors for new realities in Nick Ervicnk’s work as well: his works parallel science that inspires him greatly. 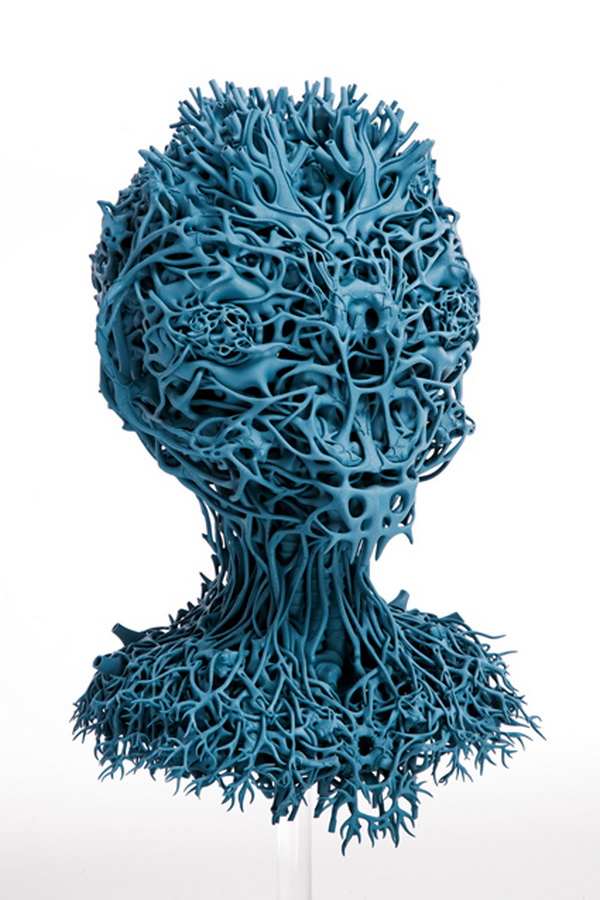 ARGIEBORZ will be on display from 6th April –  2nd June 2013 at CNCPT 13 held in Amsterdam, Netherlands

LUIZADO was inspired by archeological remains of columns picturing Sol the sun god and Juno, Jupiter’s wife and queen of the gods, found in Tongeren. Ervinck combined different historic and contemporary elements and designed this, almost futuristic composite figure. Through the use of 3D software Ervinck interprets the mytho-religious, almost esthetic value and current culture industry in an artistic way. 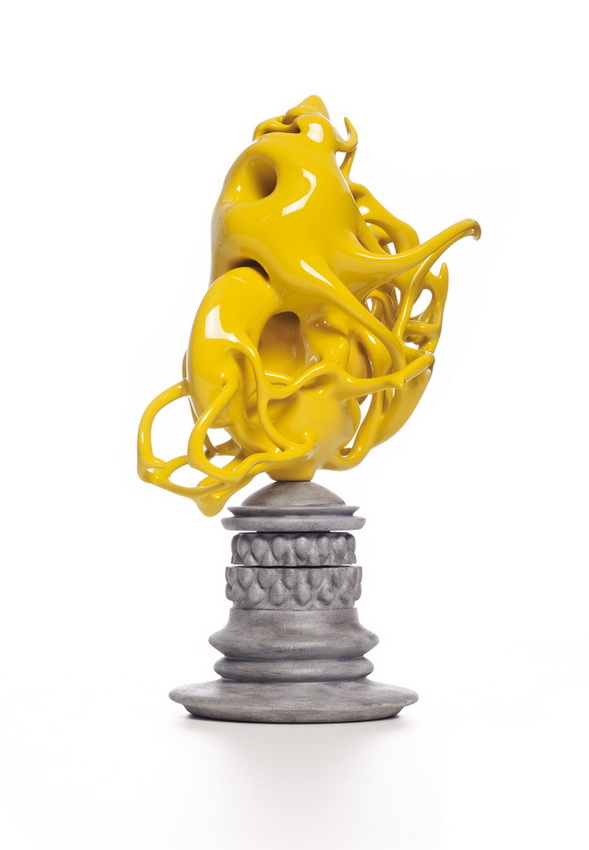 LUIZADO will be on display 18th April – 21st April at Art Brussels in Belgium.