NASA contractor Techshot have become the first to 3D print a heart structure in zero gravity using human stem cells. Together with 3D bioprinter developers nScrypt and bio-ink specialists Bioficial Organs they have successfully printed cardiac and vascular structures, and believe this could further 3D bioprinting efforts on solid ground.

Techshot have been developing technologies for NASA, SpaceX and other partners for more than 25 years. They have tech aboard the International Space Station among other places, and are also known for combining their aerospace specialism with the medical sector, having built the Bone Densitometer zero-gravity X ray machine.

nScrypt are responsible for building the world’s first 3D bioprinter back in 2003, and have been working on micro-dispensing and 3D printing systems for years. Also in the team was Bioficial Organs, which has grown out of the Cardiovascular Innovation Institute in Louisville, Kentucky, and specializes in organ 3D printing innovations.

On June 14, they set up their test using their own prototype zero gravity 3D bioprinter. With the assistance of a Zero Gravity Corporation aircraft (currently the only commercial company that can provide weightless flights in the US), they took to the skies.

At 30,000 feet above the Gulf of Mexico, the aircraft repeatedly produced sustained microgravity environments, enabling the researchers to test the 3D printer and produce the heart structures.

Aboard the aircraft, Techshot Executive Vice President and COO John Vellinger  said “ The hardware worked flawlessly,” he said. “We’re eager to take the technology to the next level.”

The goal is to develop commercial 3D printers that can be used to manufacture transplantable organs in space – both for patients in space and back on earth. Not only could it advance 3D bioprinting research, but it could also assist with medical needs on long-duration deep space missions of exploration. Not that we’re at that point yet, but these initial tests show promising results. The collected data will be used to design a more compact and effective 3D bioprinter, which could be launched as early as January 2017 aboard a commercial Blue Origin suborbital space capsule. If everything goes according to plan, the ISS may have its own custom 3D printer capable of 3D printing thick and complex tissues by 2018. 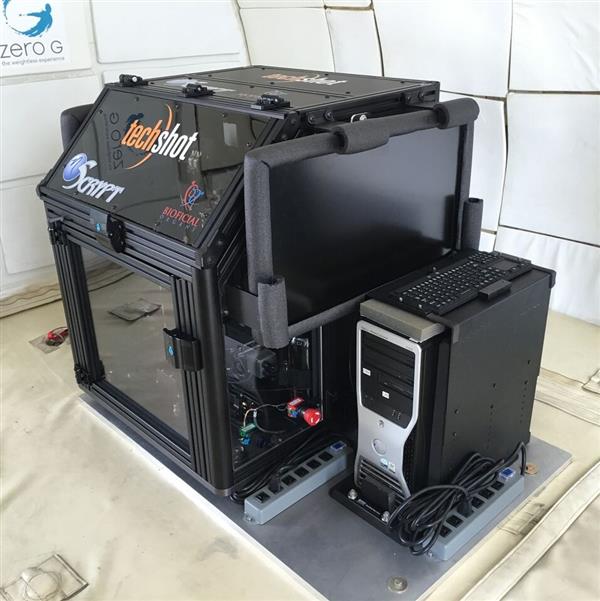 The success of this project will rely on the 3D printer’s ability to create incredibly fine layers of bio-inks, the researchers said. The layers printed by the nScrypt 3D bioprinter are several times finer than human hair. “It’s like drawing with a fine-point pen rather than a crayon,” said nScrypt Chairman and CEO Kenneth Church, Ph.D. “Some of the tips on our 3D electronics printers are nearly as small as a single human cell.”

Aside from stem cells, the machine and environment were also used to print electrically conductive and dielectric (insulative) material, which could also be vital for future organ transplants. It is expected that organs and tissues 3D printed in space will be completed with pacing wires and biosensors, and the more that a single machine can manufacture, the better.

3D bioprinting in space could actually provide a huge boost to the sector, as weightless conditions make 3D printing far easier Bioficial Organs CEO Stuart Williams revealed,  “On earth, 3D bioprinting requires the use of thick bio-inks that can contain chemicals and other materials necessary to provide structural support,” said Williams. “But printing tissues in space allows us to use finer print tips and lower viscosity bio-inks that contain only the biological materials needed to create a healthy organ. A space-based bio-printer has the potential to be a major game changer for human healthcare.”

This did necessitate the development of a proprietary formula and manufacturing process that keeps the stem cells alive and viable during transplantation. 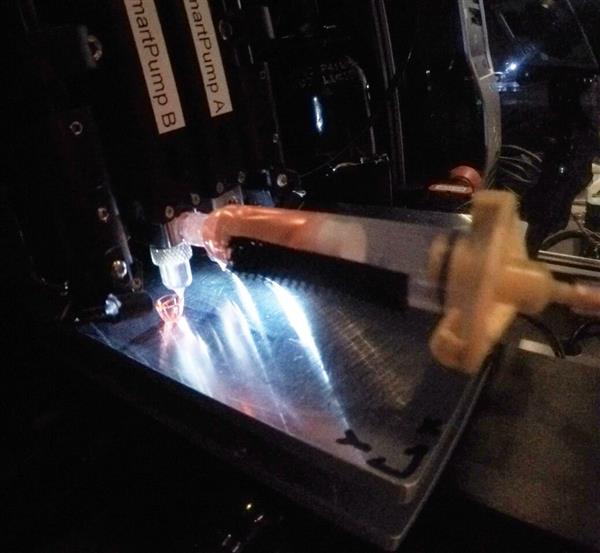 Looking to the future

The test highlighted the potential of in-space organ 3D printing, and the team has big plans for the future, including 3D printing an actual beating human heart patch as soon as their technology reaches the ISS. With the ultimate goal being the set up of organ manufacturing plants in space, the Techshot-led team will ensure humanity won’t be waiting long for 3D printed organs.