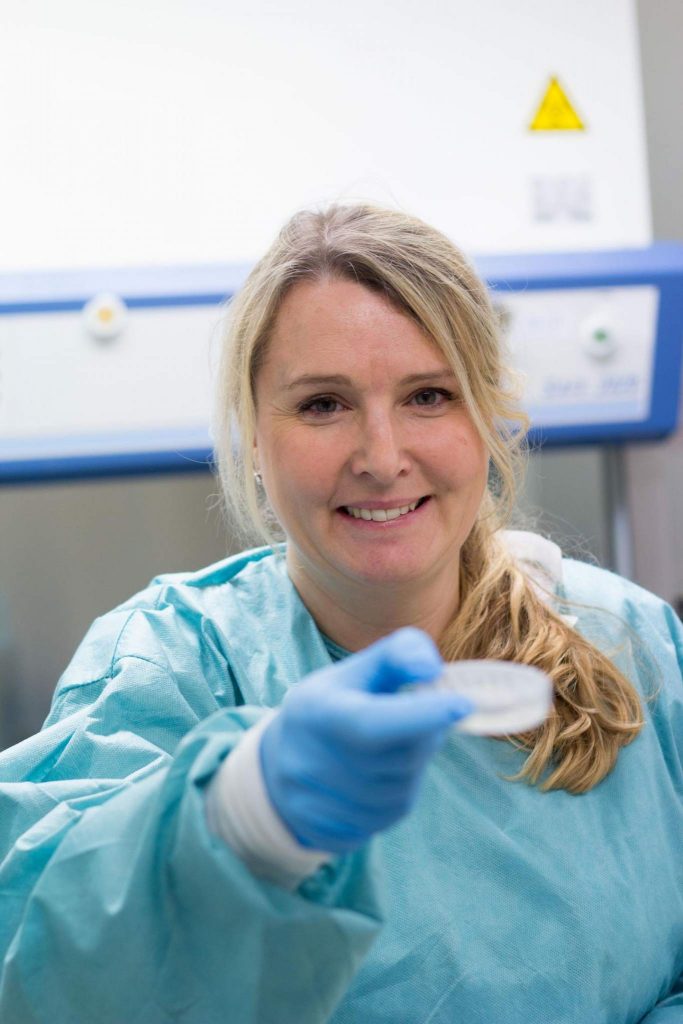 In a new article published by Scientific Reports, the researchers describe how 3D bioprinting, “is anticipated to radically change regenerative medicine because it would enable tissues and organs to be printed on demand.”

Stina Simonsson, Associate Professor of Cell Biology, led the research and said, “In nature, the differentiation of stem cells into cartilage is a simple process, but it’s much more complicated to accomplish in a test tube. We’re the first to succeed with it, and we did so without any animal testing whatsoever.”

NFC provides structural and mechanical support for forming the physiological mimetic environment. In the case of cartilage, the NFC mimics the bulk collagen matrix, alginate simulates proteoglycans, and hyaluronic hydrogel substitutes for the hyaluronic acid found in cartilage.

A 3D Discovery bioprinter made by regenHu of Switzerland was used with a 300-µm nozzle to conduct the research.

Simonsson explains, “We investigated various methods and combined different growth factors. Each individual stem cell is encased in nanocellulose, which allows it to survive the process of being printed into a 3D structure. We also harvested mediums from other cells that contain the signals that stem cells use to communicate with each other so called conditioned medium.”

Other research teams such the ReconRegen group in Swansea are also investigating the use of NFC’s. American Process Inc are working with the ReconRegen group and CEO Theodora Retsina believes that the growing biomedical engineering market will increase from $23 billion currently to over $94 billion by 2022.

Furthermore, researchers at Bristol University have made a bio-ink from two polymers, one of which is extracted from seaweed. The 3D bioprinting work may also have application as a cartilage material.

In conclusion the team of scientists in Sweden found, “that NFC/A bioink is suitable for bioprinting iPSCs to support cartilage production in co-cultures with irradiated chondrocytes.”

“In layman’s terms, our theory is that we managed to trick the cells into thinking that they aren’t alone,” said lead researcher Stina Simonsson.

For all the latest news about the 3D printing industry, subscribe to our newsletter and follow our active social media accounts.