Burning Man, the ever more popular annual festival that takes place at Black Rock City – a temporary community erected in the Black Rock Desert in Nevada – has come and gone. For WASP, one of Italy’s leading 3D printer manufacturers, it will be followed by a three day “Building Man” festival, next September 18th through the 20th, where the company will present to the world the coronation of its dream: a 12-meter delta 3D printer that can build houses.

The name that the company’s founder Massimo Moretti chose for its new vendute is an acronym that stands for “World’s Advanced Saving Project”. His approach to making the world a better place is through a technology that could address the world’s growing housing problems in a more sustainable way, by building habitable structures using local resources and as little energy as possible. 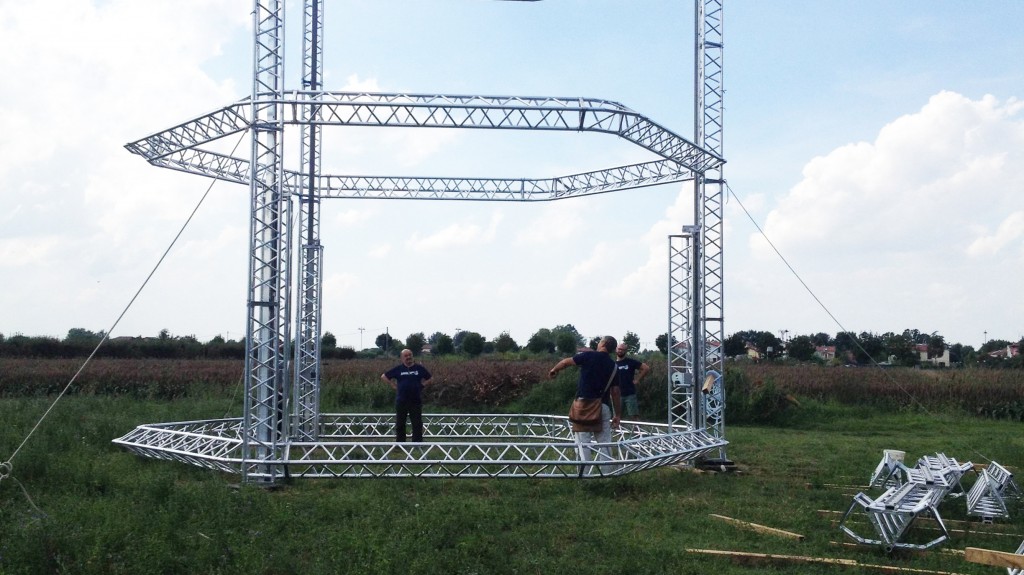 WASP cited international estimates that foresee a rapid growth of adequate housing requirements for over 4 billion people living with a yearly income below $3,000 by 2030. The United Nations calculated that, over the next 15 years, there will be an average daily requirement of 100.000 new housing units to meet this demand.

The company proposes a vision that goes well beyond that of low-cost housing. Its inspiration is the MakerEconomy and a new model where everything can be self-manufactured through shared solutions that leverage 3D printing and are tied to meeting life’s primary necessities: work, health, and housing. The machine, which was financed by selling a wide range of desktop and professional delta 3D printers, is going to be the star of the three-day rally event, along with workshops, conferences, concerts, and shows.

The festival, which is not really called “Building Man” (that was my own personal take on the matter) but “Reality of Dream”, will be enriched with philosophical discussions around technology and sustainable progress, with the debate permeating all activities. There will also be a space for the arts: BigDelta will become the stage and scenography for the theatrical Shamballa show, presented at the Rigodon Theatre, written and directed by Alessandro Cavoli. For WASP this may mark the beginning of a true revolution in making, perhaps it will also mark the first of many “Building Man” festivals, where humanity can celebrate the joy of constructing with 3D printing. 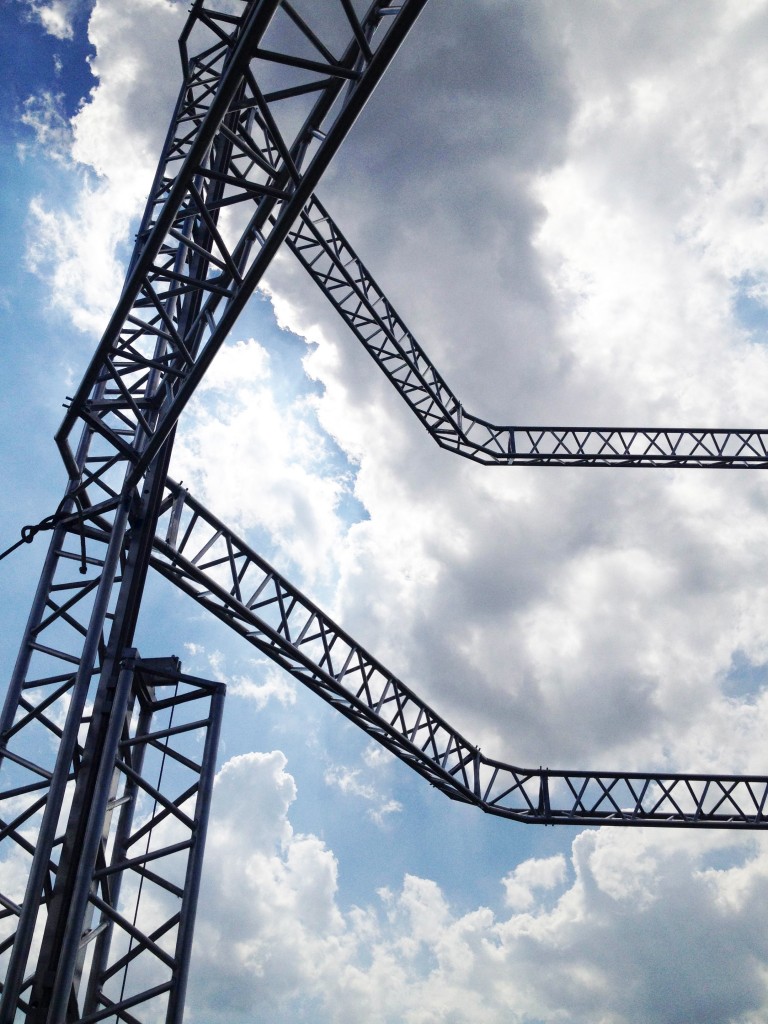 Editor’s Update 9/14/15: More details have been released about WASP’s mission to save the world through sustainable housing and 3D printing.  For one, the festival now has a name; and it’s not Building Man. The Reality of a Dream festival, which kicks off at the tail end of this week, will take place in via Dini e Salvalai (at the crossroads with Santa Lucia), in Massa Lombarda in the Ravenna province.  From September 18 – 20, attendees will be able to see the enormous Big Delta, as well as a play by the Rigodon Theatrical Company, led by Alessandro Cavoli. 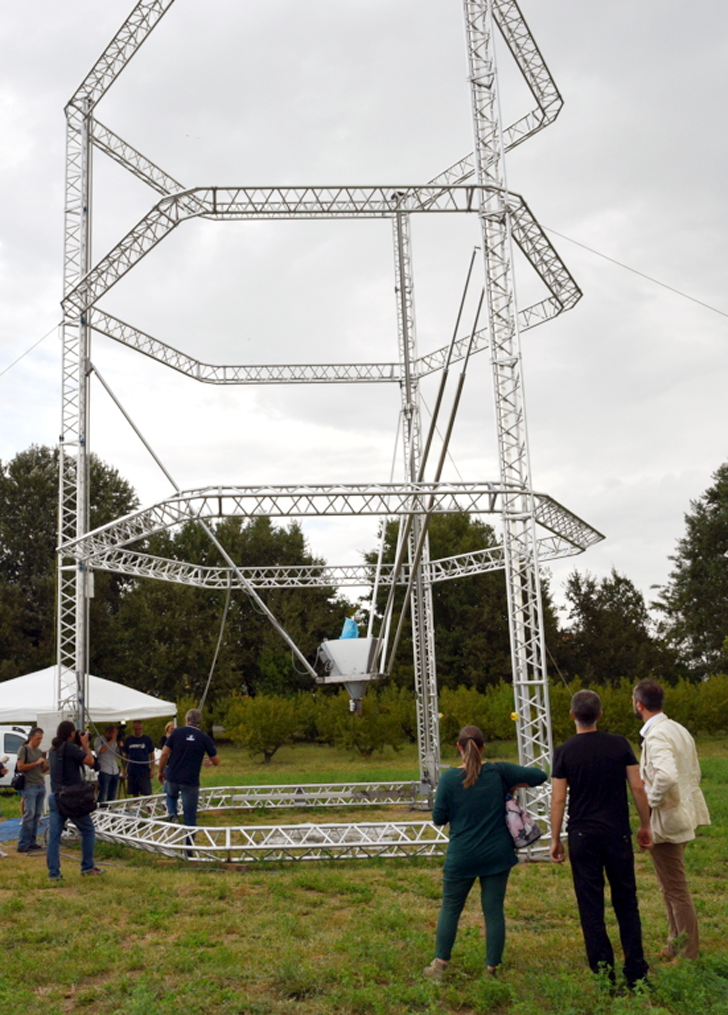 Full details about the festival were announced today with the mayor of Massa Lombarda, Daniele Bassi.  At the press conference, WASP founder Massimo Moretti described the unveiling of the Big Delta as a “moment of great joy”, adding, “We demonstrated that ours was not just a dream, that low cost housing is possible and that it houses can be built with a 3D printer. And we also developed a model for sustainability.” Of the play that will be take place, using the Big Delta as a backdrop, Moretti said, “Theatre is made of relations, I don’t conceive it as a physical space. Utopia is necessary. Ours is a vision, a search. This does not mean we will be the ones to complete it. Others may come.”

As the beginning of WASP’s dream has been reached, there are now new tasks to complete, least of which is the actual 3D printing of sustainable housing.  To pull that off, the company is teaming with Health R&S, a company associated with Italy’s Ministry of Defense.  Giorgio Noera, president of Health R&S, said of their partnership, “We aim to join together two different workgroups to create houses that can have walls capable of repelling insects. An ambitious project not far from completion. This technology will be of fundamental importance in areas where civil population needs to fight infection in order to survive.” 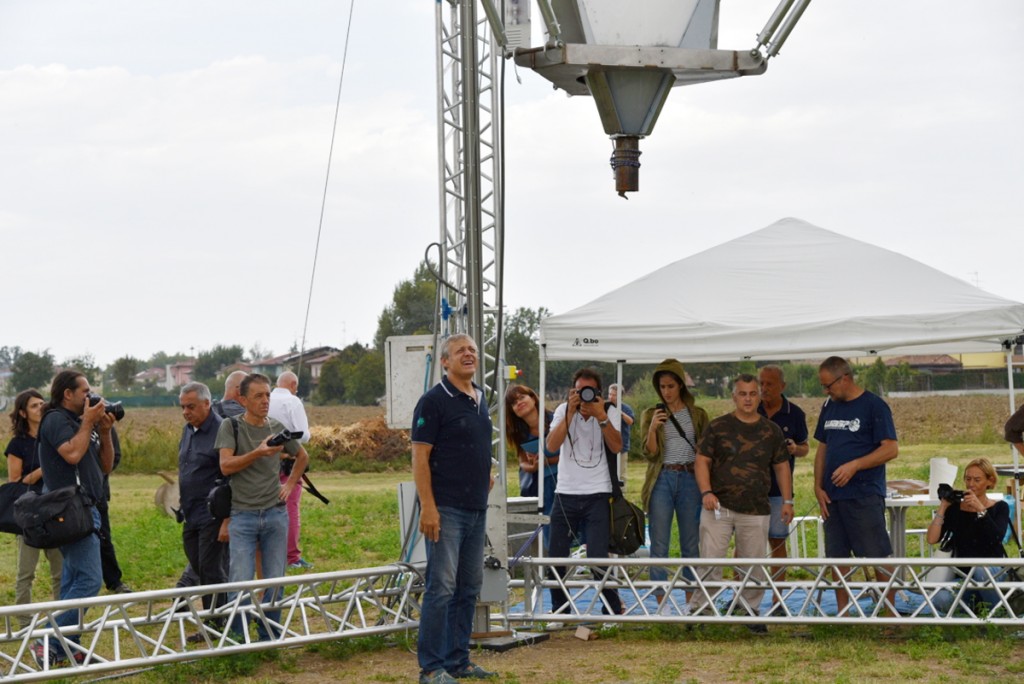 The company also plans to build a Maker Economy, in which individuals can obtain the housing, work, and food necessary to survive, without relying on larger powers.  WASP says (translated into English with Google), “The Maker economy is a new model where everything can be produced by oneself, without depending on some unsurmountable entity that holds the productive monopoly. WASP is an acronym for World’s Advanced Saving Project and our research is focused on the common welfare and shared knowledge. It is not necessary to be great to have great topics, our big goals are the sense of our work.”

If you’re in the Ravenna region this weekend, you’ll get to hear about the Maker Economy, along with all of WASP’s other plans for saving the world.  Plus you’ll have a chance to attend workshops, including one led by Moretti himself, and do some yoga, check out dj sets, and hear concerts.  The whole program is listed at the WASP site here.