New Zealand student Logan Williams has invented a set of 3D printed “Polar Optics” contact lenses that have the potential to protect sufferers of photosensitive epilepsy from seizures.

Williams, who is an MSc applied psychology student from the University of Canterbury, was inspired to create the Polar Optics lenses after learning about the adverse side-effects of epilepsy medication on a friend, and will now work to make his invention commercially available.

Polar Optics are concave medical-grade polarised contact lenses that refract the light entering the eye and dampen its intensity. The light waves are departmentalized, curbing their effect on the neurological system.

Wearers are given precious seconds to close their eyes or move away from the threat before suffering a seizure. Unlike sunglasses, which only dampen the effect of direct flashing lights, Polar Optics lenses also protect peripheral vision by covering the entire cornea.

“Polar Optics mitigates environmental threats, enabling sufferers to go about their daily lives without fear of a seizure,” Williams explained, noting that seizures could be brought about by events ranging from strobe lighting to walking past the shadow of a line of trees.

“It has the potential to really make a difference to people all over the world with photosensitive epilepsy, and will also help anyone who suffers from headaches and migraines from bright light.”

Developing and 3D printing the lenses

Williams won an NZ$5000 “Eureka!” scholarship from the New Zealand Ministry of Health in October for his initial lens designs, but 3D printing them was only an ambition.

“Polar Optics could offer varying degrees of polarisation, in direct relation to light sensitivity, allowing general practitioners to prescribe them.” Williams explained at the time, adding that “they could also be produced using 3D printing, making the lenses extremely cost-effective to mass produce for the global market.”

The capacity to mass produce the Polar Optics contact lenses and customize them according to individual cornea shape or sensitivity to light has now been realized through 3D printing. The technology has already been used to 3D print enhanced lenses by Luxexcel and is now being adapted to create self-healing gels for phone screens.

“I am currently working with a manufacturing company in Europe to develop a wearable prototype for Polar Optics,” Williams revealed having estimated the cost of a pair of lenses to be NZ$20 (US$14). “This is a novel, unique application of Polar Optics unlike anything currently implemented around the globe.” 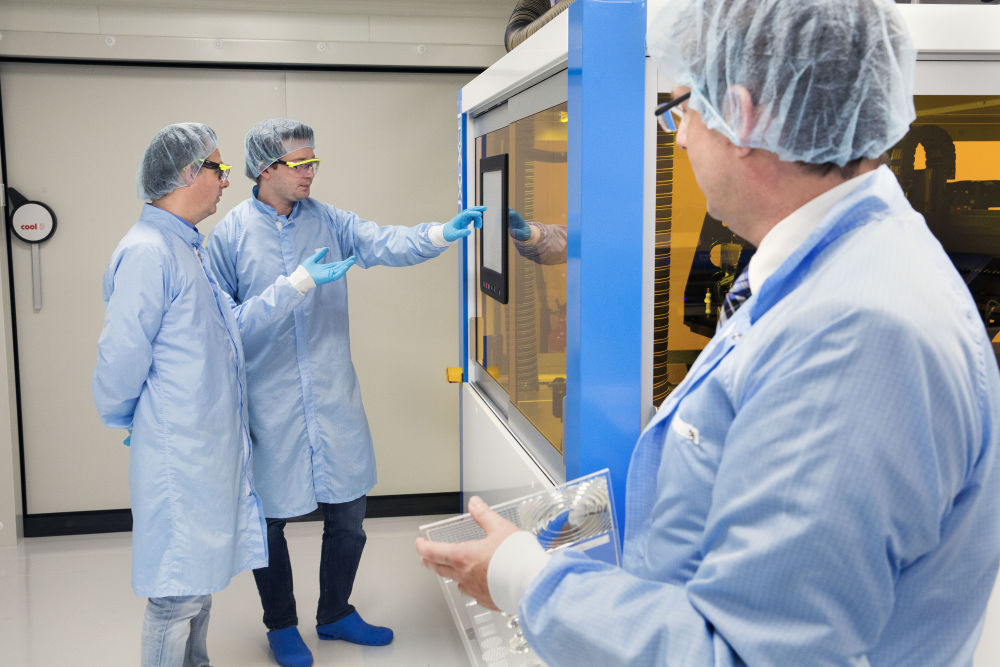