Revenue from products was down 6% when compared to the same period last year. The manufacturer sold 5,125 3D printers in 2016 against 7,536 machines sold in Q1/15. The significant reduction in the number of sales is due to lower a number of Makerbot 3D Printers sold. Stratasys’ sales of larger machines have performed better. The company is reiterating its revenue guidance for 2016 to the range of $700-730M.

In the first quarter, the company generated $32M in cash, a significant increase from the $4M recorded in the same period last year. The management is clearly working hard to preserve their cash during times of uncertainty for the group. This is a positive sign that we pointed out some months ago in a previous article.

The numbers published today demonstrate Stratasys’ capabilities to hold well with a good level of sales and a decent margin at 48%. Traditionally the first quarter is weaker. The management will have to demonstrate its capacity to again grow the sales in a market where competition is getting stronger. The forecast gross margin of 54-55% might appear too optimistic. 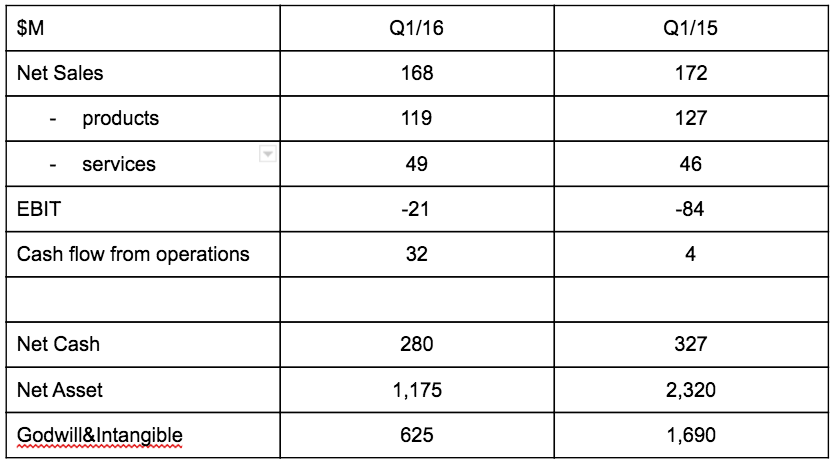