I am not exactly sure how the patent issue is proceeding; however, German RepRap already launched a  machine called the X1000, an enclosed large FFF 3D printer last year and the original FDM patent holder, Stratasys, did not seem to mind. Thus, they probably will not mind now, as Spain-based Sicnova releases their new JCR1000, a 1000x600x600 mm (3.3′ x 1.7′ x 1.7′) build volume, double extruder, enclosed 3D printer at the amazing price – for a 3D printer this large – of €30.000.

Considering that the Stratasys Fortus Mc900, which has a similar size capability, costs several hundreds of thousands of dollars, the JCR1000 may be a game changer, especially since its double extrusion capabilities can work with several materials melting between 180° and 350°. These include PLA and ABS, as well as nylon, hard rubber, PVA, PP, PC, HIPS, and carbon fiber composite filaments. 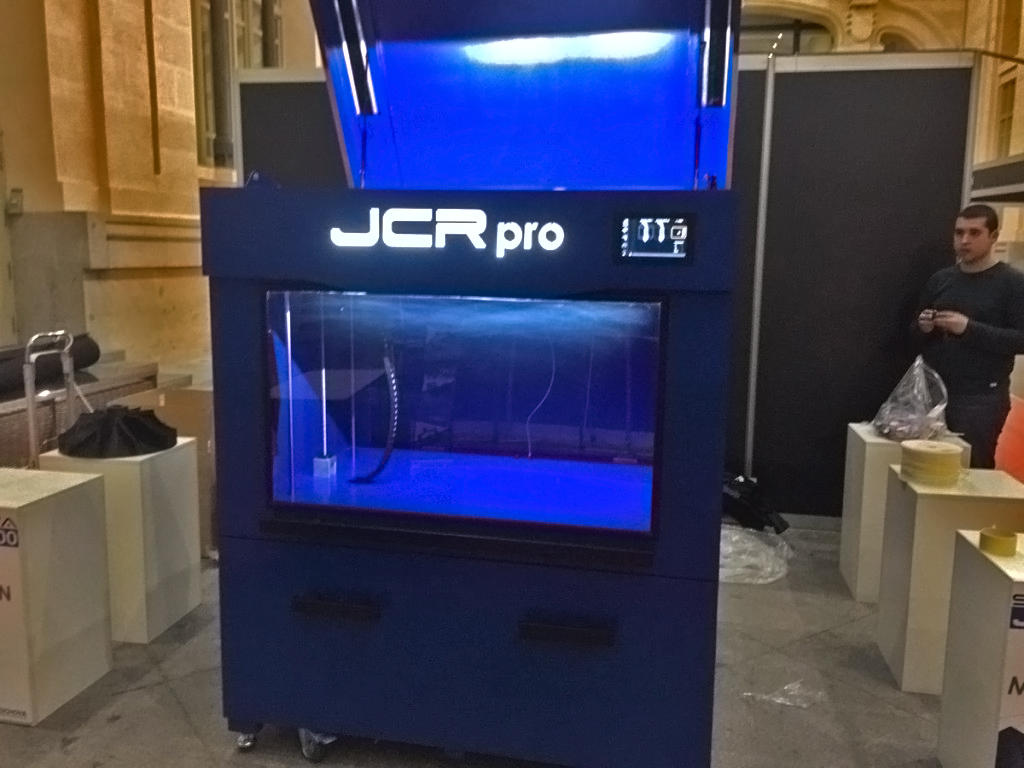 The engineer that worked on the machine told me that the biggest challenges to solve in order to make a 3D printer this large at such a relatively low-cost, without sacrificing 3D printing quality, were related to the speed of the mechanisms moving the extruders, which have to be considerably faster to cover the largest distances involved. The results, judging from what I could see, are quite satisfactory, both in terms of surface quality and reliability, with the machine capable of making large or even several small products being printed continuously.

The technical specs list the JCR1000 as capable of 50 micron layer resolution, through the 1,75 mm extruder and interchangeable nozzle working directly with both STL and G-code files and using any currently available slicing software, including Cura and Simplify3D. Ongoing print jobs can be remotely monitored through an on-board camera. 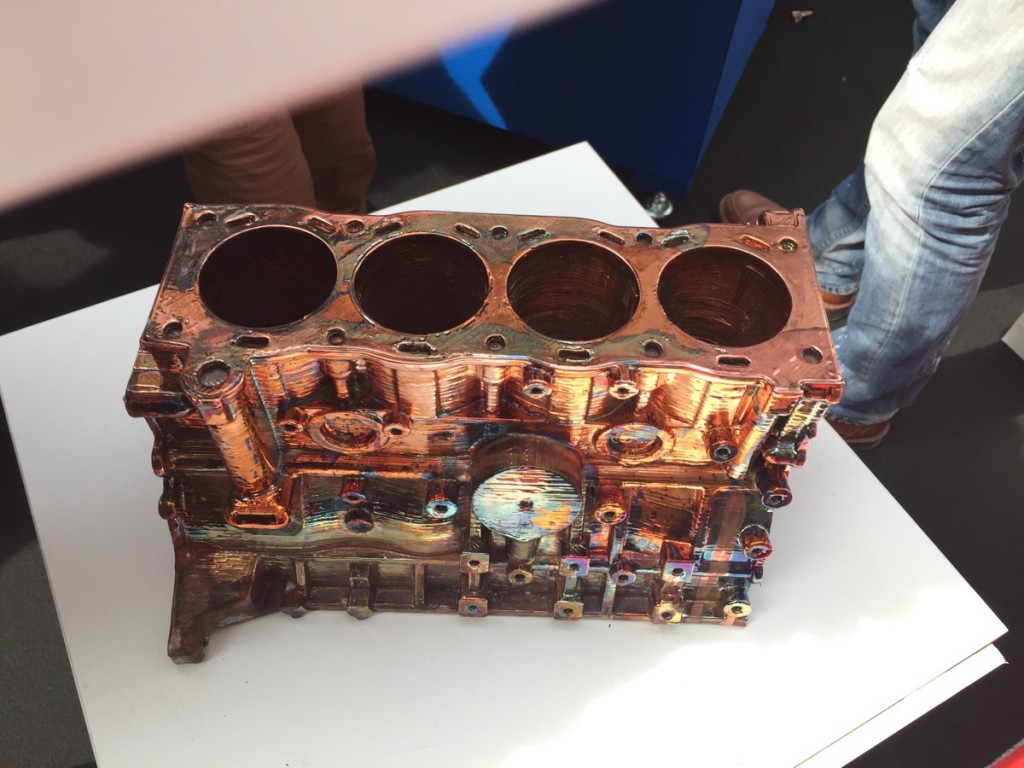 Sicnova has also announced another professional-level product at an equally low cost, relatively speaking. The new CloneScan3D 3D scanning booth uses four kinect-like 3D scanners positioned at the four corners of the booth on moving arms. A mechanism has the scanners automatically move on a vertical axis, capturing full 3D scans of a person in just a few seconds. The model is then elaborated through a computer and proprietary software.

After that, with just two print jobs via the JCR1000, a full person could be 3D printed in 1:1 size. The entire process would only take a few hours. Are you ready to transform yourself into a mannequin?