Since the successful launch of the UP! 3D printer from PP3DP, the accompanying software has been well received and updated at regular intervals. To date the UP! has offered layer thicknesses down to 200 microns, but last week the company announced an updated version of the software — v1.17 — which reduces layer thickness even further and offers higher resolutions for this deposition machine.

The UP! plus with this new software version will now be capable of printing 150 micron layers — which opens up the applications further — and makes this the most competitive deposition process 3D printer in this segment of the market. It’s notable that the company is using a jewellery application in its accompanying imagery. Not my choice, personally, but I know a few teenage girls that think its pretty cool.

According to the company, the v1.17 software is also being made available for the UP! mini, launched not that long ago, which will bring its minimum layer thickness down from 250 microns to 200 microns.

PP3DP states that this is a free upgrade for any UP! plus or UP! mini users — whether you bought your machine “two years ago or two minites ago”. 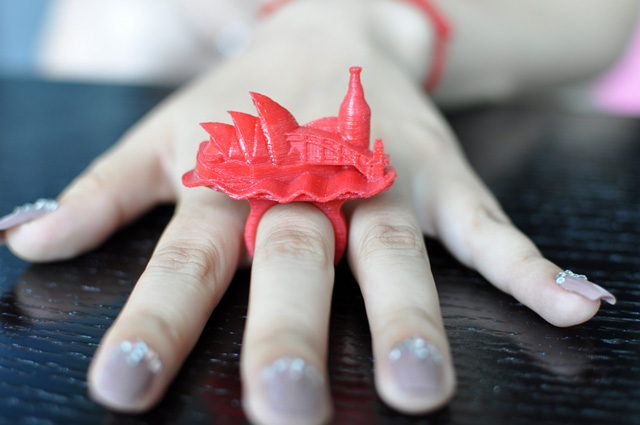