A few years ago, the expiration of many key 3D printing patents had the 3D printing community abuzz.  The 3D printing patents that expired in the 2013-15 timeframe are described here.  At that time, many articles challenged the conventional wisdom that intellectual property drives innovation by creating competition, since the existence of IP forces workarounds.  Those articles argue that patents prevented innovation in 3D printing because the fear of being sued led to a lack of investment in 3D printing R&D, and that patent litigation hindered the adoption of the technology.  The end result, some believe, is that IP creates barriers to entry for new market players, minimizes competition, and keeps prices artificially high.

New VPP-based 3D printers offered by new and established companies have emerged since the expiration of VPP patents from 2013-2015, but it is not clear that these new products and companies surfaced because patents expired.  For example, industrial 3D printing company Carbon came into being in June 2014, and announced its first commercial product, the much-hailed Carbon M1, in April 2016.  The Carbon M1 uses what the company calls “Continuous Liquid Interface Production” (CLIP), a VPP process that some say is derived from early and now-expired VPP patents owned by 3D Systems.  But CLIP has been the subject of at least two U.S. patents filed in December 2014 and currently assigned to Carbon—U.S. Patent Nos. 9,205,601 and 9,211,678.  CLIP, at least as described and claimed in these patents, does not practice the expired VPP patents.

Formlabs has also released new, affordable VPP-based printers since the demise of early VPP patents during the 2013-2015 timeframe.  These products include the Form 1+ printer, released in June 2014, and the Form 2 printer, released in September 2015.  However, 3D Systems sued Formlabs in November 2013 alleging infringement of certain VPP patents.  That lawsuit ultimately settled in December 2014, with Formlabs taking a license to the asserted patents and agreeing to pay 3D Systems “a royalty of 8.0% of net sales of Formlabs products through the effective period.”  Interestingly, all of the patents in the lawsuit are now expired, with the last one expiring on September 29, 2015, just a week after Formlabs’ release of the Form 2 printer.  Although the details of the settlement agreement were not made public, given the legal prohibition against collecting royalties on an expired patent, it is probably safe to assume that Formlabs is no longer paying 3D Systems a royalty on products that may have been covered by now-expired patents.  It could be the case that the expiration of the VPP patents asserted by 3D Systems against Formlabs has allowed Formlabs to bring new, affordable products to market.

Formlabs just got sued for patent infringement again, this time by EnvisionTEC.  Because patent litigation is a fact of life for successful companies, maybe the patent heat that Formlabs is feeling means it is doing something right.  Or maybe not.

New companies offering PBF 3D printers have also emerged since the demise of PBF patents from 2013-2015.  However, as with the developments in the VPP-based market, it is unclear whether the expiration of early PBF patents caused these new companies to come into being.  Norge Systems and Sinterit are two examples of companies that surfaced after the expiration of early PBF patents, offering low-cost PBF printers.  Norge Systems launched a Kickstarter campaign for its Ice 1 and Ice 9 PBF printer products in August 2014.  These products were supposed to be affordable, consumer grade PBF printers.  That campaign, however, was unsuccessful.  Norge never brought an affordable PBF printer to market, and was instead acquired by Prodways, perhaps indicating 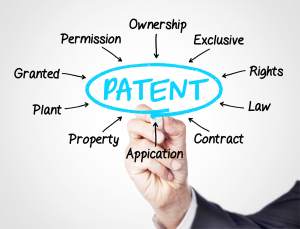 that something other than patents were preventing this technology from becoming more widespread.  As for Sinterit, it announced the release of its first product ever, the Lisa, a low-cost PBF 3D printer earlier this summer.  Sinterit’s product has generated a lot of interest, but only time will tell if the Lisa is a success.

Since the expiration of VPP and PBF patents in 2013-2015, new players and products offering 3D printers using these technologies clearly have entered the market.  What is less clear, however, is whether the demise of early 3D printing patents led to the creation of these new companies and products.  The authors’ personal opinion, based on a lot of schmoozing with industry players, is that the patent expirations played a large part in this process, just as the expiration of key Material Extrusion (aka FDM) patents seemingly caused an explosion of startups over the past few years.  With more 3D printing patents having expired earlier this year and others expiring in the next few years, the question remains:  Is there a reason for 3D printing startups to continue to be excited?

More 3D printing patents will expire in the coming months and years.  Here they are, in chronological order based on expiration date, with those expiring soonest appearing first.  Although many of these patents contain one or more inventions, the following is intended to provide a general description of some of the claimed subject matter in each patent.  The metes and bounds of each patent is defined by its claims, so don’t rely only on these general descriptions.  Warning: these patent descriptions are written in a language similar to English, called “patentese,” so they may be a bit dense for the layperson.  Another warning:  the expiration dates given below could be affected by a variety of legal factors.  To be sure a particular patent has expired, ask a patent attorney.

U.S. Patent No. 5,817,206 to McAlea et al. entitled “Selective Laser Sintering of Polymer Powder of Controlled Particle Size Distribution,” covers a method for fabricating a 3D article.  The method comprises dispensing a layer of powder consisting essentially of substantially spherical polymer particles having a mean volume diameter of between 20-50 microns at a target surface, where less than about 5% of the volume fraction of the powder consists of particles having a diameter of less than 15 microns.  Selected locations of the layer of powder are fused in a mass.  The dispensing and fusing steps are repeated for two or more layers, with fused portions of successive layers fusing to portions of the immediately prior layer to form the article.

U.S. Patent No. 6,215,093 to Meiners et al. entitled “Selective Laser Sintering at Melting Temperature,” discloses a method for manufacturing a molded body, particularly a prototype of a product or component, a tool prototype, or spare part using three-dimensional CAD data of a model of a molded body by depositing layers of a metallic material in powder form.  Several layers of the powder are successively deposited one on top of the other, and each layer of powder is heated to a specified temperature by means of a focused laser beam applied to a given area corresponding to a selected cross-sectional area of the model of the molded body before depositing the next layer.  The laser beam is guided over each layer of powder using the CAD cross-sectional data of the selected cross-sectional area of the model in such a way that each layer of powder is fixed to the layer below.  The improvement of the method lies in the fact that the metallic material in powder form is applied in the form of a metallic powder free of binding and fluxing agents, and it is heated by the laser beam to melting temperature.  The energy of the laser beam is chosen in such a way that the layer of metallic powder is fully molten throughout its layer thickness at the point of impact of said laser beam, and the laser beam is guided across the specified area of powder in several runs in such a way that each run of the laser beam partly overlaps the preceding run.  A protective gas atmosphere is maintained above the interaction zone of the laser beam and the metallic powder.

As with the expiration of 3D printing patents from 2013-2015, only time will tell how these patents affect the 3D printing industry.  Other forces, such as new legal developments, evolving technology, and the economy, could have a greater impact.  We’ll just have to wait and see what happens next.

John Hornick is a partner and Anita Bhushan is an associate in the Finnegan IP law firm. John is also the author of the award-winning book, 3D Printing Will Rock the World.