Germany was awash with 3D printing business and innovation last week. While I was covering Inside 3D Printing in Berlin, the same city also hosted a Fraunhofer technical gathering that saw many of the metal 3D printers involved. Over in Hannover meanwhile, CeBIT was taking place, generally recognized as the worlds largest international IT trade show boasting floor space of 450,000 square metres and in the region of 900,000 visitors attending the five-day show.

As Shane reported beforehand, Ion Core, a UK based 3D printer manufacturer, was asked to attend CeBIT by the UK Trade & Investment (UKTI) government department to showcase the Zinter PRO 3D printer as an exemplar product of UK innovation and technology. Now back in the UK, Ion Core’s Director’s are reporting the outstanding success experienced from being on the ground in Hannover with a 3D printer. 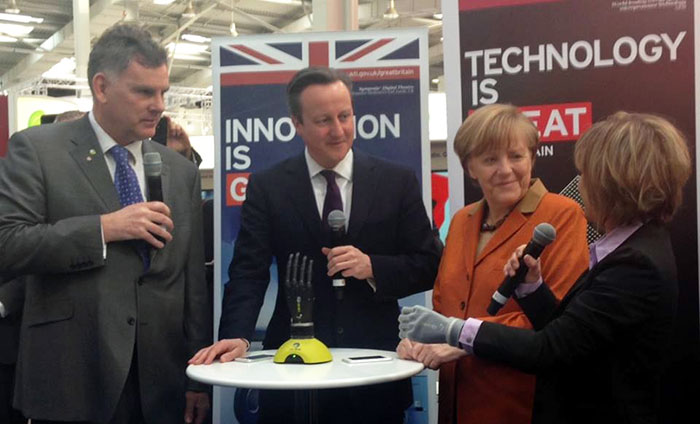 After UK Prime Minister David Cameron along with German Chancellor Angela Merkel opened the trade show and toured the UKTI Innovation stand talking to exhibitors, the real business of the week got underway by all accounts.

According to Ion Core, “the Zinter PRO proved a huge hit located at the front of the UKTI Innovation stand pulling in huge crowds.”

In business terms, Ion Core reported that over the course of CeBIT, the Directors made connections with worldwide distributors, with initial stock orders totalling over 6500 Zinter PRO units. With direct sales to the public likely to realise around 50 units. 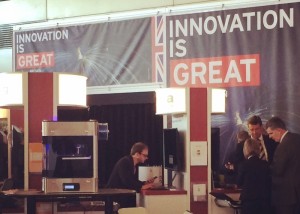 A pretty good return for spending a week in Germany, I’d say.

During the week, Ion Core was literally conducting its business under the banner innovation is great.

Talking of which … Ion Core’s own innovation has taken a very interesting direction. The company, always “exploring new and innovative ways to help bring 3D printing into the home” has been considering how to turn a large 3D printer into something that fits perfectly into a typical modern living space. What they have come up with, still in the early stages, it should be noted, is really rather clever, in and of itself, but also in terms of marketing…. The ‘Zintable’ is a 3D printer (with a 500mm cubed build area) and a functional, ergonomic table that also combines a 32″ touch screen interactive design environment. 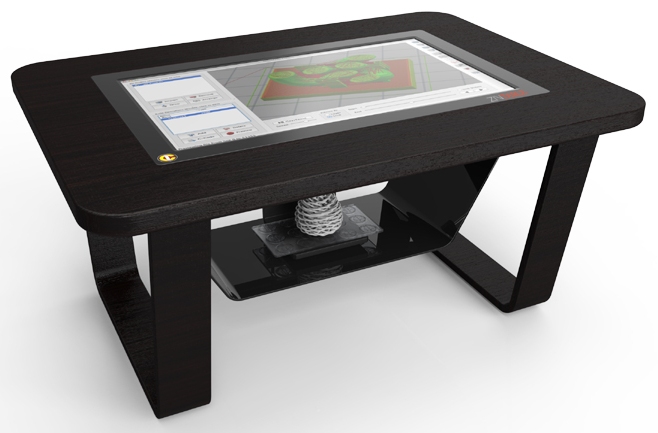 Kind of genius!! Well, it will be so long as they encase the build chamber to protect carpets and wooden floors from molten plastic.

The premise is that the touch screen is loaded with Ion Core CAD software and 3D printer control software, which permits maximum ease of use and control when designing objects in the home. The goal — hit the print button and beneath the table the 3D printing magic will take place.

According to Ion Core: “’Zintable’ is a result of our large ongoing R&D investment and is part of a long list of design projects and prototypes we are working on with a view to bringing them to the market throughout 2014.”

They would quite like to  hear your comments on this new development, as would I.