Interview with Sean Looi of Creatz3D, Authorized reseller for Objet

Sean Looi is currently stationed in Singapore acting as the operations manager at Creatz3D Pte Ltd, the authorized distributor for Objet’s 3D printing systems in Singapore, Indonesia and Vietnam. Despite majoring in MSc Finance, Sean’s interest was more focused on 3D printing as he literally inherited the knowledge for rapid prototyping through his family’s business. Sean’s growing interest in 3D printing eventually lead him to be approached with the opportunity to distribute 3D printing systems. Despite his busy schedule, Sean also works with several institutions in Singapore on developing educational and commercial engineering projects.

Here 3DPI Interviews Sean about his role at Creatz3D and the growth of 3D Printing in Asia.

3D Printing Industry: 3D Printing is a new phenomenon in Asia, but getting more and more attention lately. How and when did you find it and what were your first thoughts?

Creatz3D: We started getting into 3D printing in 2004. At that time, the initial idea was to introduce this revolutionary technology into Asia as it was a perfect fit for designing customised 3D printed parts for jewellery, which is a huge industry sector over here.

3D Printing Industry: Can you tell us a little about Creatz3D and how did you get started with Objet? 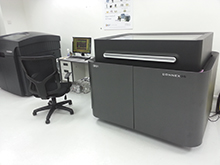 Creatz3D: Creatz3D was established just this year at the beginning of 2012. Originally, Objet 3D printers were distributed under our parent company Hong Chek Company Pte Ltd., a supplier of jewellery and industrial equipment in Asia, the relationship started back in 2004.

Creatz3D was launched with the purpose of rebranding with a specific focus on 3D printing, 3D related products and services and taking them to a wider audience.

We originally came across Objet at a tradeshow and from there, we expressed our interest in distributing their brand and products, which has developed into a great relationship that has proved mutually beneficial.

3D Printing Industry: Based in Asia, do you feel like people are accepting 3D printing?

Creatz3D: In certain industries, like jewellery, 3D printing — or rapid prototyping as it is often still called — is well known and an accepted technology. When we first started though, most people in Asia were generally new to the idea of a 3D printer that is able to directly fabricate a 3D design and were literally blown away that we were able to supply such an innovative machine.

In 2005, we installed the first Objet 3D Printer in Singapore and since then 3D Printing has become much more widespread. Awareness is growing all of the time.

3D Printing Industry: You are the authorized reseller in Singapore, Indonesia and Vietnam. Why these countries? And are you planning to expand in the future?

Creatz3D: Our company is headquartered in Singapore, with offices situated in Indonesia and Vietnam. These countries are developing rapidly and we feel we should be situated in these locations to educate local companies and the local community about 3D printing.

We are always looking to expand our presence in these few countries under the Creatz3D brand name.

3D Printing Industry: There has been a lot of conversation regarding the copyright issues and 3D printing. Do you see this as a challenge in Asia, where copyrights are causing a lot of debate? Or is it on the contrary an opportunity?

Creatz3D: Copyright issues is a subject that will always be debated and it’s a fine line if a design’s copyright has been infringed or merely modified. This subject is best left to the legal experts in the relevant field I think.

Leaving copyright issues aside, I do think that 3D Printing is not only an opportunity but becoming a standard in order to operate in the current consumer market. Nowadays, consumers are spoilt for choice with the numerous new products coupled with their desire to customize and be more individualistic. In my opinion, companies will require 3D Printing to keep up with this ever changing landscape. 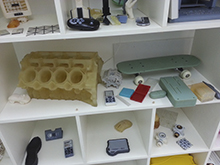 Creatz3D: There are a thousand and one different types of 3D printing applications that we see on a daily basis but one of the most interesting areas for me is within the medical industry where such 3D printing technologies are assisting medical practitioners to save and better our lives.

3D Printing Industry: What is your vision for the next five years for 3D printing and for Creatz3D?

Creatz3D: In the future, we definitely see that 3D printing will exist and be implemented in many more ways than we can imagine right now.

As for Creatz3D, we are currently distributing Objet 3D printers as well as providing rapid prototyping services. In the future, we hope to add additional services such as providing 3D design services as well as replicating souvenirs or customised products.