How to Build a Printrbot 3D Printer

Following our last weekend’s story on making your on Prusa Mendel 3D printer, we came across an interesting video on how to build the original Printrbot machine.

The RepRap-based Printrbot is a low cost printer with a simple assembly and it comes in three different models as the basic Printrbot, Printrbot LC and Printrbot PLUS kits. The Basic and LC versions cost $550 and includes a build area of 6”x 6” x 6”. The basic model is constructed using 3D printed parts by other Printrbots, which is the core idea of RepRap, and the LC’s frame is made of laser cut birch wood. 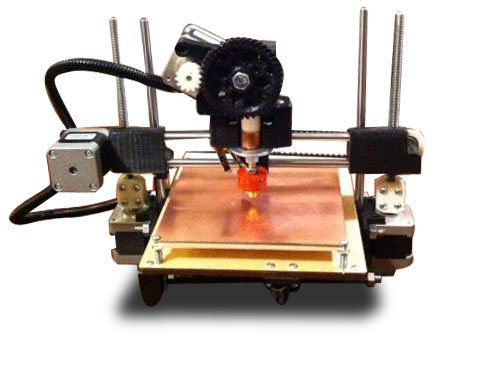 All Printrbot models come with a pound of ABS plastic and are compatible with Mac, Windows and Linux operating systems. Assembly takes only a couple of hours with no soldering required. The printer connects to your computer via USB or alternatively you can upload files vie MicroSD.

Rajesh Nakarja who is an Electrical & Electronic Engineering student based in Bristol UK shared his own video on making the Printrbot 3D printer. This Basic model is featuring a minimal direct drive extruder, xbox power supply and a smaller extruder.

Watch the video: How to build a Printrbot 3D Printer