With Chinese New Year fast approaching on the 28th January, we explore the use of 3D printing in celebrating the Spring Festival. In order to do so, we’ve teamed up with Chinese 3D printing company Winbo. The creators of the colorful Super Helper 3D printer.

In addition to being a 3D printer manufacturer and retailer, Winbo also have 3D designs on their website which can be downloaded for free. This coming Chinese New Year is the Year of the Rooster, so naturally you’ll want to 3D print your own version of the animal. Winbo are one step ahead and have this 3D design of a Rooster on their website.

Decorate your home in 3D printed Chinese New Year decorations, such as this 3D printed Rooster design. Or 3D print gifts, such as hongbao, which are the most traditional Chinese New Year gifts. The red envelopes usually contain money and why not stand out from the crowd and 3D print your hongbao for the personal touch. Winbo even provide the 3D printers required, ones that can laser cut and engrave at the same time. 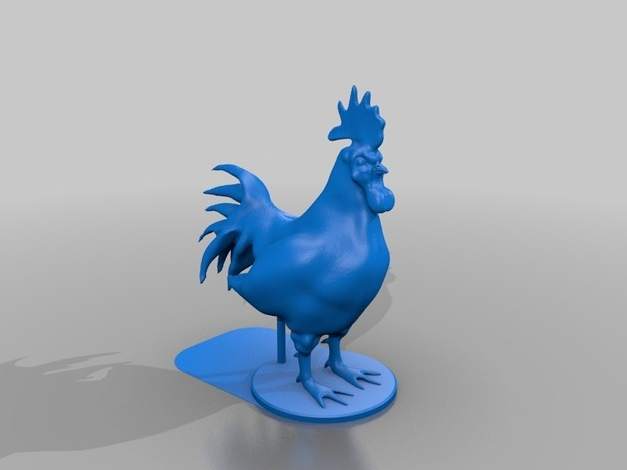 However, if you’re not looking to celebrate Chinese New Year, there are plenty of other designs on Winbo’s website, or the internet in general to put your 3D printer to good use.

These Rooster designs can be 3D printed with your own Winbo Super Helper 3D printer. While Winbo offer a range of 3D printers, with different colours, sizes, and capabilities, their Super Helper is armed with an array of useful functions.

The largest of the Super Helper 3D printer range has a build size of 155×155×205 mm. The Super Helper SH155L (3 in 1) 3D Printer+Laser. The machine can of course 3D print, but can also laser engrave and laser cut meaning it has even more dimensions than your average 3D printer. The Super Helper can 3D print directly from an SD card without requiring a computer being connected. Not forgetting the models come in eight different colors.

Gif shows the laser engraving capabilities of the 3D printer. Images via Winbo.

Visit Winbo’s website to check out their designs and 3D printers.