As of the first of October 2014 the Israeli Office of the Chief Scientist has granted Nano Dimension USD$500,000 of research funding for their Nano Dimension PCB Jet printer. Nano Dimension, formerly Hyrax Technologies, is developing a desktop-sized 3D circuit board prototyping printer that uses a type of inkjet deposition technology. The company is also developing supporting software for the innovative 3D printer, alongside the nano-particle conductive and insulating inks required for digitally printing circuit boards. Nano Dimension has an exclusive license to use silver nano-particle processes developed by the renowned Professor Magadass and patented by Yissum, the Hebrew University’s technology transfer company. 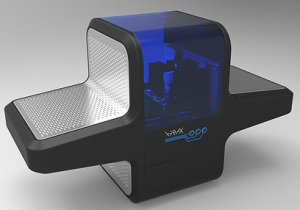 The team at Nano Dimension looks set to enter 3D printer production in a typically prodigal manner, via the acquisition of Hyrax Technologies which has been developing a 3D printer for multiple layer circuit boards for some time now. Since the acquisition on the twenty-fifth of August 2014 Hyrax Technologies will now become Nano Dimension, the brand which will appear on this breakthrough PCB prototyping printer and the corresponding suite of inks. The company says: “Imagine being able to innovate and experiment freely without feeling constrained by the current PCB manufacturing process. Imagine being able to produce your PCB in a matter of minutes, on-site. Imagine being able to print the via without needing to drill it. One day you might even print the electronics directly within your 3D printed product.“ 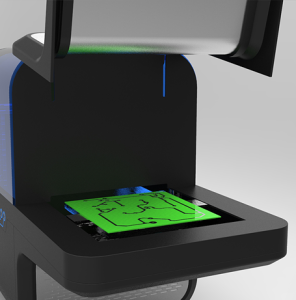 The company articulates that the new PCB prototyping printer is an “utmost accurate and versatile inkjet deposition tool for printed multi-layer circuit boards at your own home or office. With its innovative mechanics, nano-inks, hardware and software package the PCB Jet printer brings new possibilities to a wide range of research and development, prototyping and custom manufacturing projects. The PCB Jet printer will make printing multi-layer circuits as quick and simple as printing a photo. “
The 3D inkjet printer is intended to be used for rapid prototyping of printed circuit boards and small batch production of professional multi-layer PCBs. This remarkable printer has been developed with the intention to radically lessen the prototype development cycle and allow circuit board developers to keep Intellectual Property in-house by eliminating the requirement to outsource. This certainly looks like one to watch!