ZMorph Launches its 3D Printers into the US

Successful European personal fabricator manufacturer ZMorph is to begin distribution of its multi-tooled machines that are centered upon 3D printing, in the United States. ZMorph started shipping its first 3D printers to European countries at the end of 2013. It has been capturing a competitive position within the 3D printing market, with their 3D printers available in France, Finland, Sweden, Russia, Switzerland, the UK and Turkey. ZMorph recently decided to continue its expansion and opened its first European retail store, located in Haarlem, Netherlands.

Przemek Jaworski, ZMorph’s CEO said: “Within a very short period of time, 3D printing has become really popular and has already started to influence many industries helping people to broaden their horizons and launch new business around the world, starting from having an impact on architecture, manufacturing or production, as well as on fashion, medicine or even food production. It is almost unbelievable how quickly the opportunities of 3D printing have become limitless.” 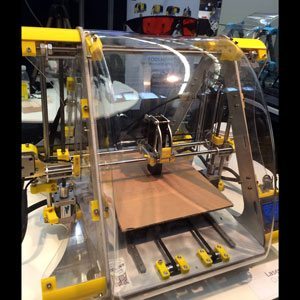 Mr. Jaworski continued: “ZMorph’s next step of a quite rapid business expansion was almost inevitable. We have thought about launching our presence in the United States for more than 6 months and almost could not wait to start it and notice even bigger interest and participation of creative and innovative Americans in our community of personal fabrication.”

The ZMorph package also features an advanced in-house voxel-based software package called Voxelizer. ZMorph is exhibiting at Inside 3D Printing Show in Santa Clara, this week and will be presenting two new toolheads for the ZMorph Personal Fabricator 2.0., a laser toolhead and a 5-axis universal end-effector. Both of these toolheads will become available for purchase in a few months time.