Recently, Reddit user cr0ybot showed off some pictures of a Legend of Zelda Engagement Ring he gave to his fiancé. Though he designed the ring himself, he had a local jeweler refine the design and make it using a mix of white and yellow gold. 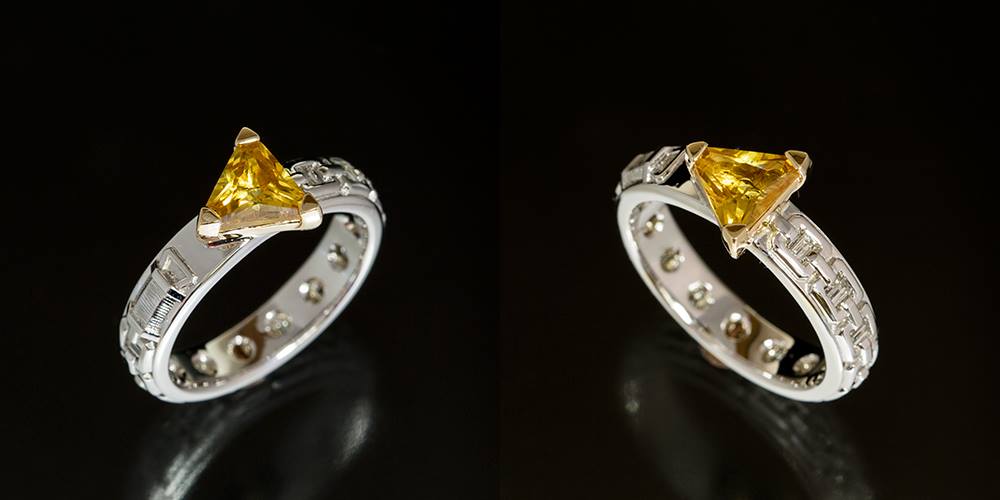 In the Nintendo videogame series Legend of Zelda, the hero Link finds a weapon called a Hookshot. It is essentially a chain with a hook on the end of it, and when Link fires it at something he is propelled towards the object that was hooked. Because his fiancé is a lifelong fan of the video game, when he designed the ring cr0ybot made the band resemble Link’s iconic weapon, an incredibly sweet bit of symbolism.

The ring was initially designed in Wings3D and cr0ybot had several prototypes printed from Shapeways throughout the design process to insure the fit was correct and the proportions of the ring were what he wanted. 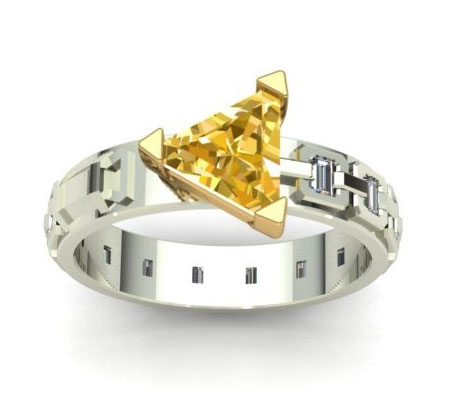 Once he was satisfied with the final design he turned it over to local jeweler David Wilkinson who cleaned up the design and gave it a highly detailed 3D render. Wilkinson typically uses his Solidscape wax 3D printer to create the wax molds for his jewelry designs, however the Zelda ring had a large amount of intricate right angle details so he opted to mill it out of wax using a Minitech milling machine.

The final ring was cast in 14k white gold for the band and 14k yellow gold for the three pronged head that, when viewed from the top, would resemble a Triforce. The white stones that are in each link along the band are diamond baguettes that were taken from cr0ybot’s fiancée’s grandmother’s wedding band. The yellow stone on top is a lab grown yellow sapphire. The entire ring ended up with a cost of about $1,000; however,the value of the diamonds isn’t included in that price, so chances are, if someone were to design their own it would cost considerably more. 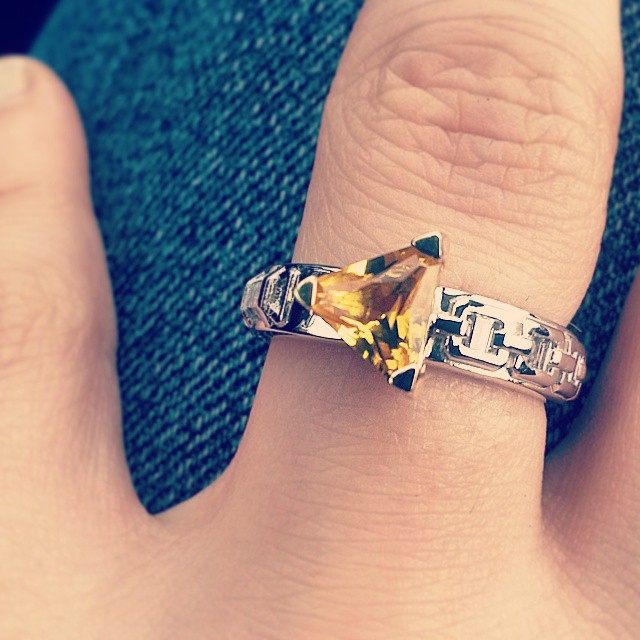 Cr0ybot hooked his soon to be wife in December 2012 and the big day is scheduled for Pi Day – 3/14 – of 2015. You can see more images of the awesome Zelda ring here, and you can find out more about David Wilkinson and his jewelry designs on his website and on his Facebook page.