The Team at Wired are 3D Printing Obsessed

It has been great to see more and more mainstream media getting exited about 3D printing — pretty much in every corner of the world. One of the most prominent media channels is certainly Wired magazine, which has provided key coverage of many of the latest 3D printing developments in its recent issues.

The Editor-in-Chief of Wired is Chris Anderson, who is also on the advisory board of the New Zealand based 3D printing start-up Ponoko — he is clearly a big fan and sees the value of the emerging trends in 3D printing. By directing his editorial team he is also steering a much wider audience towards this fast evolving technology and its future potential.

Chris Anderson is also the author of the book “Long Tail” and recently published a new book about the growing maker movement called “Makers: The New Industrial Revolution”, which addresses open source design, 3D printing and amateurs and enthusiasts who are part of what has been dubbed the next industrial revolution.

After the US edition of Wired was published last week with Bre Pettis and the latest Replicator 2 3D printer, the latest UK edition cover features the 3D printing stars from MIT Media Lab together with an in-depth report on MIT’s future plans including the latest ideas on 3D printing and architecture by Professor Neri Oxman. We look forward to the Wired team continuing to expound the virtues of 3D printing with more related stories in the coming months and years. 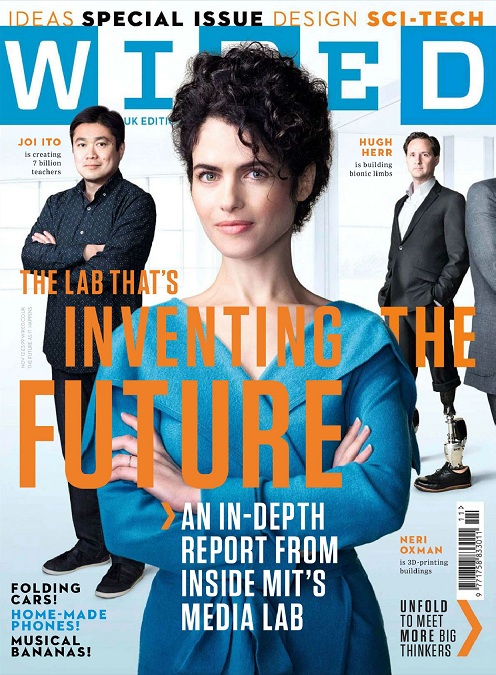