When Are Drones Like Guns? — When They Are 3D-Printed

Some things citizens tolerate or encourage in the hands of the collective, with no or few problems; but, as the possibility to make at home via 3D printing, CNC, etc. continues to become exponentially more viable each year now, those same things will be deemed, by some, to be all-to-easy for the wrong individual to have the ability to make physical: particularly forms that may be applied in criminal or military purposes…

…Possibly like spying on the woman in the house opposite through her kitchen window for drone photographs of her without make-up to post on Face-net because she made you angry by implying your husband was unmanly for hanging the washing out. Albeit in his boxer shorts. Or whatever owners of devices such as this do with them?

Comedy aside here, the skill is great, the potential applications vast, and the flexibility of the design: subtle genius. 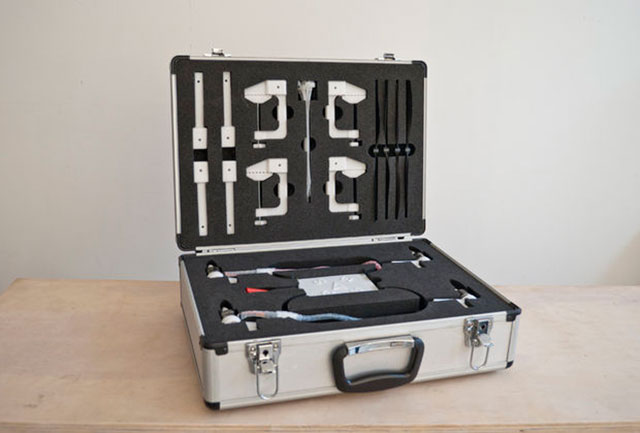 That said, I may see the buzz, but I don’t see longevity in this physible post-construction.

The appeal of a toy helicopter has always been more about owning one than flying one. Unlike a toy vehicle that transports itself across land: occasional prevailing eddies accounted for, one sky is more-or-less the same as another after all…? As fun as flying one can be.

Here, 3D printing shows it’s game changing disruptive nature at it’s core… because if the buzz is about owning one, why not store it in digital form: as the CAD file that ends up being the 3D-printed .stl; etc.

But, of course, this is why we find projects on Instructables.com.

My lack of appreciation for the arts of personal drone ownership aside, it is great to see just how confident Makers are getting: electronic device cases, scientific instruments, advanced robotics… the cynics, whose whole epistemology regarding future manufacturing is based upon a proposition of poorly observed supposed limitations, may do well to begin to notice this?

The bar is being raised not just by the 21st century global technology industry, but by the casual teen genius and his dad. Quantitatively applications of home 3D printing output continue to increase apace. Qualitatively, the standard of free 3D-printable models may also be increasing. As manufacturing at home get’s ever easier over the following years and decades, the Maker Movement’s early days will gain their context. Bold home entrepreneurs and sustainability enthusiasts, geek dads and granddads, daughters and mothers of invention, taking brave steps into a new world. That context should be understood:

We are all potential Wright Brothers now.