What happened to iBox?

Do you remember all the way back in 2014? Pharrell Williams was Happy, #nofilter was a thing and iBox promised us a tiny resin printer for just $299.

They sort of delivered, but it never really worked out.

The iBox Nano was a neat idea. It would fit in the corner of desktop, or travel with you. It could potentially run on batteries and it could knock out small scale models, chess pieces and other minutiae.

More than 1700 people were swayed by the promise of a desktop 3D printer at that price, despite its obvious size limitations. It smashed through the $300,000 funding drive and all looked to be well with the world. It actually raised $456,953 and iBox was on the way.

The printers came, of a fashion…

Sure enough they delivered the printers, but the first ones just didn’t work well. It takes time and money to develop groundbreaking hardware, though, and we were all prepared to give them a chance to get it right.

The Melbourne, Florida-based company went for another $2 million in funding last Summer with a Fundable campaign. By that time, it claimed to have sold 2000 of the diminutive units that could fit in the palm of your hand. It was even claiming to be the seventh biggest manufacturer of 3D printers in the world.

It had 30 innovations that were ripe for patents and, we have to be honest, the little box looked cool. This looked like a winning recipe and when iBox eschewed the typical Kickstarter and opted to provide equity in exchange for investment, we had high hopes.

It just didn’t work out. The company simply didn’t raise the required funds and things have just gone downhill from there.

The founder has the personal potential

Carter was obviously in love with the 3D printing industry and refused to give up on his dream. He had worked in hardware and software for two decades, too, so this was never going to be the end. Every great entrepreneur has endured the odd failure. In fact, any management book will tell you it’s part of the process.

He seemed to move on to the next chapter a little quickly, though, before the Nano was even cold. 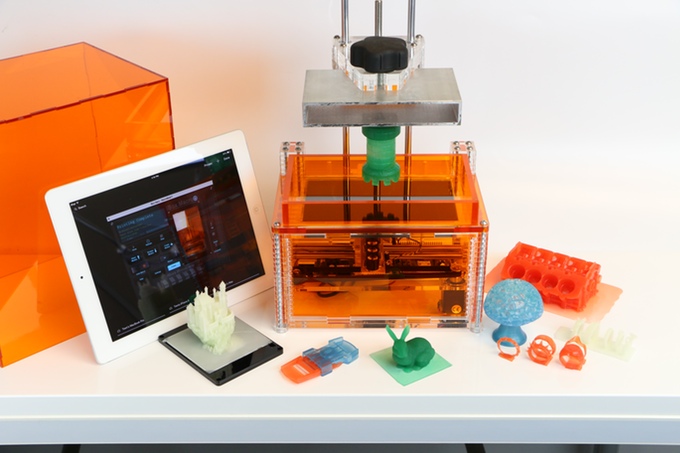 iBox reappeared within months with another cool box. This time it was orange and the product was a much larger 3D printer that could make products with carbon-fiber resin.

The iBox Macro was dubbed as the lowest cost 3D printer on the market that could handle this kind of resin and the Early Bird deal was a printer for $999.

iBox was in trouble

So where did that leave iBox? It left them in a bad way. You can still buy batteries off the site, but you can no longer order a printer.

Carter is still listed as the head of iBox on LinkedIn and he may simply be gathering himself for another assault on the funding. He could also be doing the rounds of the angel investors to raise private funds to go again.

We hope he is. Carter has 10 patents to his name and these printers showed early signs of greatness.

He needs more money than he asked for

One thing we do know, though, is that it takes serious money to develop a product and we’ve heard in the past how you simply cannot develop hardware of this nature for ‘just’ a few hundred thousand dollars.

If Carter is convinced that he has a great product in the making, then he should really go for gold and get the $1 million+ he will need to turn the Macro into a production reality. He could even go back and finish the Nano, because there is still a market if he can make it work.