Urban Manufacturing is becoming a reality 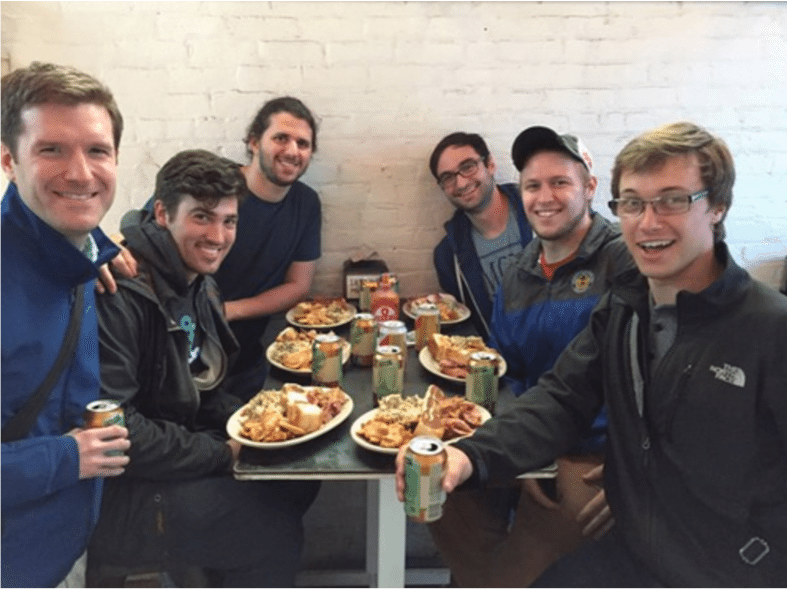 Last week, I interviewed Max Friedfeld, CEO and co-founder at Voodoo Manufacturing. He started the company in mid 2015 with Patrick Deem, Oliver Ortlieb and Jonathan Schwartz. They had just left Makerbot, as the Manufacturer was not interested in growing an in house manufacturing center. Makerbot offered them the opportunity to acquire 130 used Makerbot Replicator 2 and 2X from the Makerbot Innovation Center at a significant discount. They jumped on the opportunity and opened Voodoo Manufacturing out of a 1,500 sq ft office in Brooklyn. Max, Oliver and Jonathan had already done a previous deal with Makerbot in November 2014, when the manufacturer acquired from them Layer by Layer, the California based start-up that they founded in 2012.

Urban Manufacturing is becoming a reality

Last week, we reported on iMakr launching UrbanManufacturing. As iMakr stated in their press release, ”since the industrial revolution, the trend in manufacturing has been to retreat away from city centres—a trend that began here in the UK. Now, with 3D printers getting ever faster, smaller and more powerful, local manufacturing once again becomes possible. UrbanManufacturing at iMakr London is the first incarnation on the High Street of this possibility. Welcome to the industrial revolution 3.0.” The Voodoo guys share this vision with their Brooklyn manufacturing facility. With its 130 FDM 3D Printers and custom made software solution, Voodoo can produce up to 10,000 parts in 10 days.

Since October 2015, Voodoo revenue has doubled on a monthly basis. The company has grown from 5 people (4 founders plus one sales representative) to 7 persons. Voodoo welcomed a engineer to help run the factory in January 2016 and another one recently.

Voodoo’s customers are essentially made of companies looking to buy promotional items or engineering parts. Autodesk was the first customer with their order of over 1,000 build-it- yourself robots. So far Mattel placed the largest order. Voodoo printed 14,000 parts for the toy company. Mattel is expected to release its first 3D Printer, the Thingmaker, by end of 2016. It has to print a large number of objects in relation to some regulatory testing.

How much to use Voodoo Manufacturing?

Since October 2015, Voodoo kept its pricing stable. The company essentially prints in PLA. It will offer flexible material later in the year, following the introduction of modified extruders on some of the 130 machines available. The company does not expect to grow significantly its number of machines in the near future. Customers are essentially in the USA.

To give you an indication of how much it will cost you to use Voodoo service, we selected a beautiful statue from MyMinifactory. To print the Emperor Gaius below, from Scan the World, Voodoo will charge just over $7 on top of a $7.50 fee for analyzing the file. Printing 10 of Emperor Gaius will cost $100, so exactly $10 per item. At $15 per item, Voodoo is certainly more expensive than what many Makers will offer. But for large order, Voodoo will be able to offer some good discount and more importantly the company has the ability to turn quickly big orders. To our knowledge there aren’t many other places that can produce 10,000 parts in under 2 weeks. 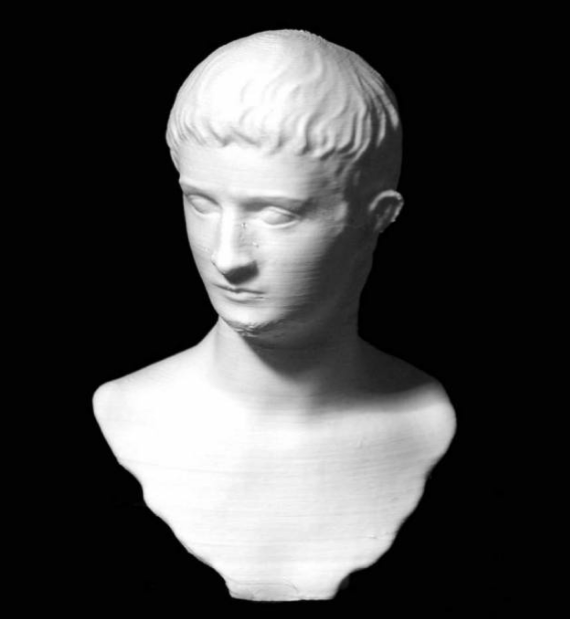