Has Virtual Reality’s Time Finally Arrived and What’s 3D Printing Got to Do with It?

Although it is one of the most significant factors, 3D modelling software is not the single most limiting factor to a more widespread use of 3D printing. The real limit is imagination and this is not just a cliché: imagination limits our possibilities with 3D printing because it is really hard — even for experienced designers and engineers — to imagine what could be made by fully exploiting the possibilities offered by additive processes.

One advance that could push us in this direction could come from immersive virtual reality environments, where we would no longer need to squeeze our brains to create mental pictures of ridiculously complex 3D models. Hyve-3D, a collaborative immersive (and relatively accessible) VR environment, presented by researchers from the University of Montreal at the latest SIGGRAPH event in Vancouver, may be the first breakthrough in bringing this technology to the masses. 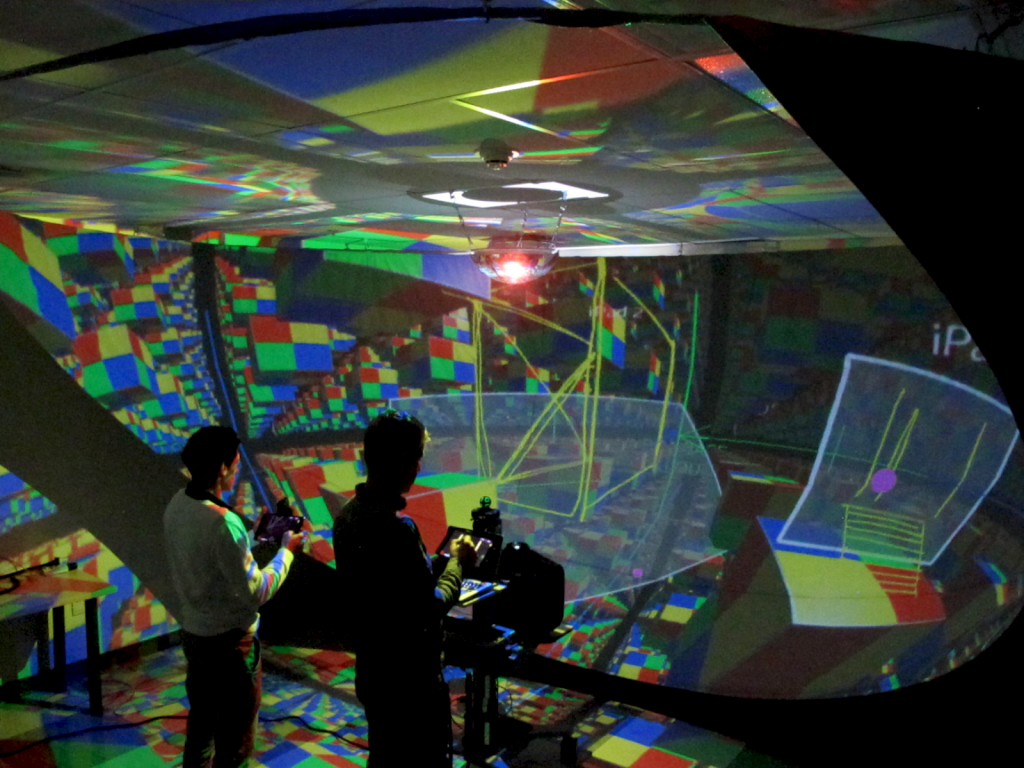 The need to use collaborative virtual reality environments (along with 3D mapping and 3D scanning, but that is a separate issue) is not new. Such systems have been implemented at high industrial levels for some time. Lockheed Martin implemented it a couple of years back with its Collaborative Human Immersive Laboratory (CHIL). Last year, the mighty, all-knowing Elon Musk began the process of democratizing such collaborative VR systems by using available technologies such as an Oculus Rift and a Leap Sensor to make rocket parts in his Tony Stark-like research & development facilities.

Even Fortune magazine understood that the true potential of VR is certainly not just for video gaming and Facebook proved it by paying $4 billion for Oculus Rift which, although it is not yet “collaborative”, is probably the most advanced and affordable such system that is the closest to go into mass production. So, where does that leave us, as far as 3D printing is concerned?

The 3D printing industry and 3dprintingindustry.com have been paying close attention to the development of virtual 3D environments. Being able to 3D print a prototype and rapidly change it, if it does not match expectations, is great, but it would be even better to 3D print it right the first time around. And being able to virtually 3D handle a prototype before 3D printing it can only improve and speed up the entire manufacturing process.

Both technologies have been around since the 80’s but they have followed different paths to maturity. 3D printing largely remained hidden from the public eye, while being rapidly implemented into all advanced industrial processes. VR, on the other hand, was never truly implemented professionally and was mostly seen as a (flawed) entertainment technology.

Now both technologies are coming of age and they are doing so together. Two faces (along with 3D scanning, which is part of the “virtualizing reality” side of things) of the same new, unlimited possibilities coin. Hyve-3D (which, by the way, stands for Hybrid Virtual Environment 3D) is looking to make it available to everyone.

“Hyve-3D is a new interface for 3D content creation via embodied and collaborative 3D sketching,” explained lead researcher Professor Tomás Dorta, of the University of Montreal’s School of Design. “The system is a full scale immersive 3D environment. Users create drawings on hand-held tables. They can then use the tablets to manipulate the sketches to create a 3D design within the space.” 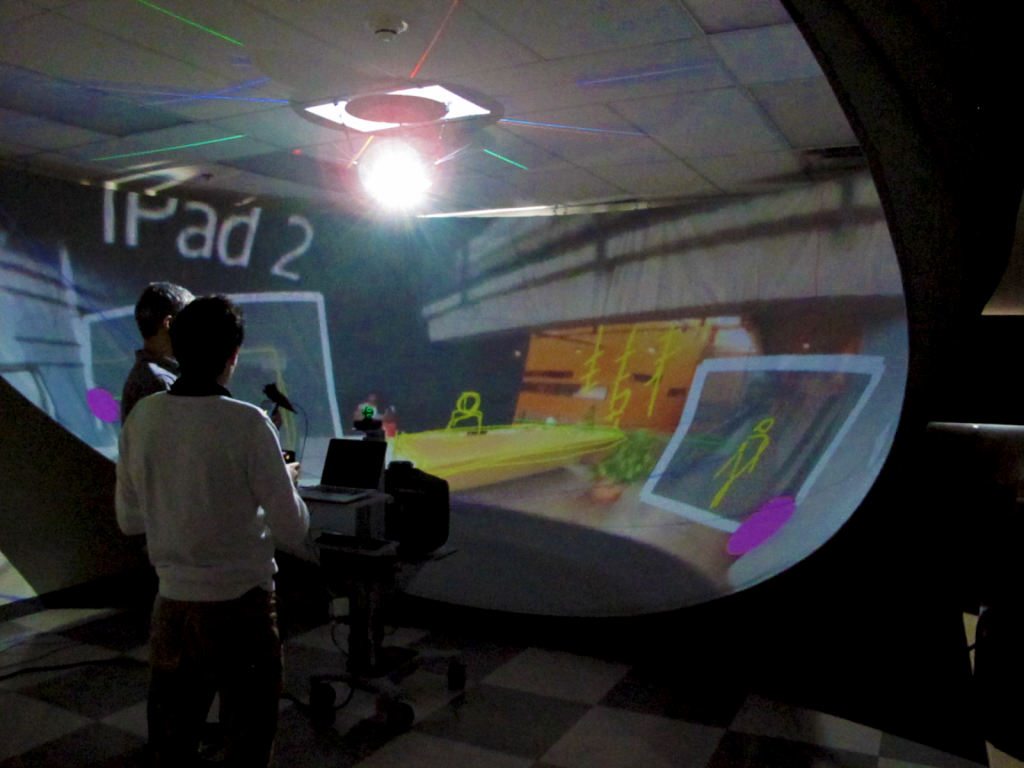 This means more artists and designers can work together on the same project before the project actually comes into existence. The 3D images are created by an optical illusion based on a widescreen high-resolution projector, a specially designed 5m-diameter spherically concave fabric screen and a 16-inch dome mirror projecting the image onto the screen.

The hardware required for it to run is actually based on readily available consumer electronics systems, such as a MacBookPro laptop, a tracking system with two 3D sensors (basically a modified Kinect or Sense, or another motion 3D scanning system) and two mini iPad tablets. it is not entirely dissimilar from this experimental project by Sony from a couple of years ago.

“The software takes care of all the networking, scene management, 3D graphics and projection, and also couples the sensors input and iPad devices,” Dorta explains. “The iPads run a Satellite application, which serves as the user interaction front-end of the system. Specialized techniques render the 3D scene onto a spherical projection in real-time.”

Dorta knows this relatively simple, non-intrusive system is not just for fun and its first real implications will be in the realms of industrial, engineering, architectural and medical production and operation. Although the video demonstration is impressive, this has also been true for many previous such projects that, in the end, proved to be still not immediate enough to be widely adopted.

Hyve-3D will now need to stand the test of industry acceptance – which means it needs to be able to be seamlessly integrate it with the already widely adopted industrial 3D printing processes. Then, and only then, will virtual reality really become more than a video gaming technology.