It’s hard not to grin at the thought of having a troop of underwater robots (and their human handlers) amassing in your backyard.

The McGill’s Robotics Team with their challenger – a 3D Printed underwater robot named Asimov – has invaded sunny San Diego today (July 28th and will be there until August 3rd) to compete in the 17th Annual International RoboSub Competition. Teams will test their robots’ capabilities by having them perform realistic missions in an underwater environment. 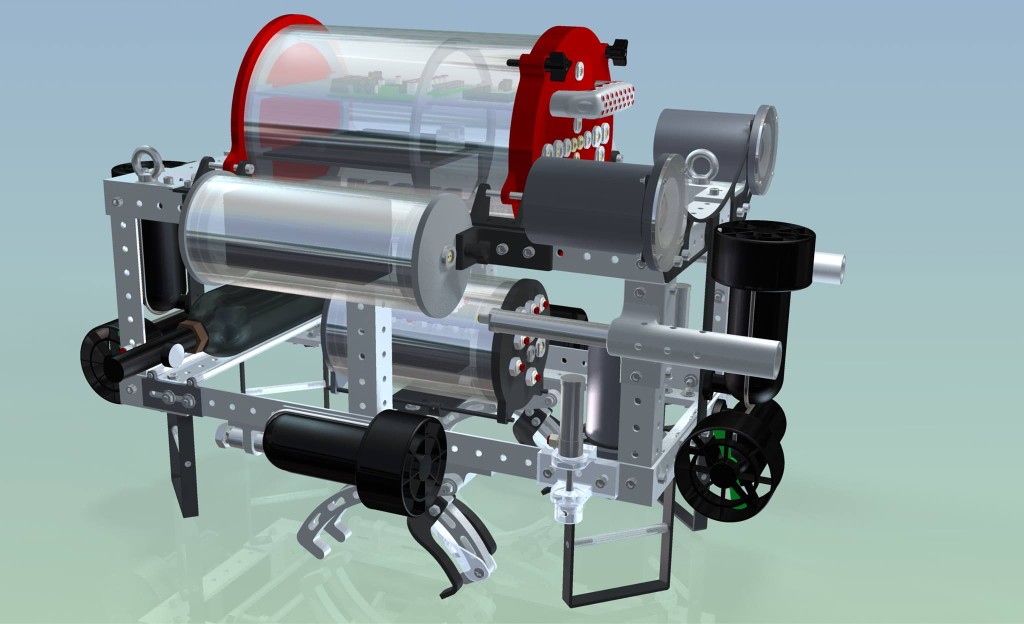 The McGill Robotics team worked with a Stratasys Applications Engineer, Dustin Kloempken, to manufacture their underwater robot’s grabber mechanism and torpedo launchers (the areas shaded in blue were 3D printed). These parts were created using a polycarbonate material that was suitable for both strength requirements and underwater performance. By being able to create custom shapes and parts from a variety of materials, the team was able to fabricate end-use parts for their underwater robot. 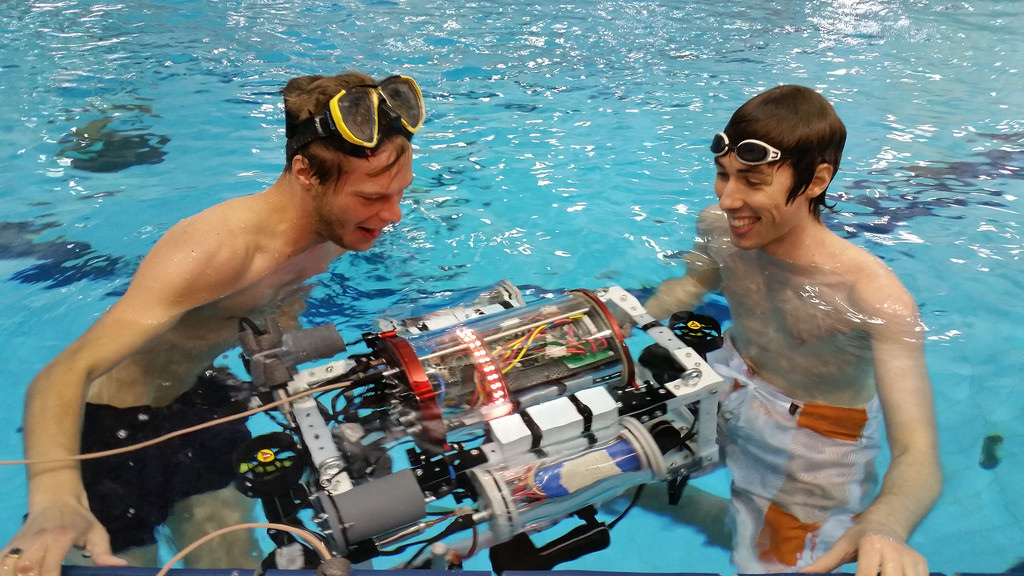 “There are many challenges to consider when designing an underwater vehicle,” states Mayers and Tuech. Not only do the components need to be waterproofed, but the electronics need to be housed within pressure vessels. “Another crucial consideration is ensuring that the center buoyancy is well enough above the center of mass such that the vehicle is stable in water.”

The McGill Robotics team has been preparing for this competition since September 2013 and will be entering for the first time. To get Asimov in gear, over a 100 students from dozens of university disciplines at McGill chipped in to design, build, and promote their bot.

Like everyone, we can’t wait to see these underwater robots in action. We wish all the contestants in the RoboSub competition the best of luck!