Two Heads are Better Than One with Robox Desktop 3D Printer 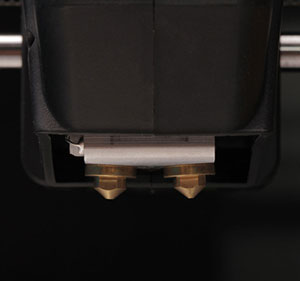 The Robox 3D printer from Chris Elsworthy and Kenneth Tam’s UK company, CEL, is another attempt at making 3D printing easy for the masses, a plug-n-play machine that tries to limit the technical ability needed to get into the new technology.  And it looks like quite a contender.

Robox seems to have learned from some of the shortcomings of other desktop 3D printers with a number of really great features. The most prominent is its dual-head extruder system, combined with its custom motors. One extruder measures at 0.3mm, to print with a resolution of up to 20 microns, which I believe is the smallest resolution of all FFF machines on the market. The second measures at 0.8 mm, to create solid infills and other parts where detail is less important. This allows the machine to print more quickly, while still maintaining good resolution. 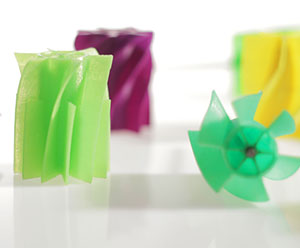 There are also some other neat characteristics that make Robox stand out. In addition to automatic bed leveling, Robox reportedly has a closed-loop system. No other desktop 3D printer makes this claim, but the printer’s site explains that “The filament extruder incorporates a closed-loop feedback system which monitors the motion of filament as it enters the extruder, giving it the ability to instantly recognise extrusion issues. The software can pause the print if any error is found, allowing the user or firmware to rectify the problem without ruining the entire print.”  Hard to believe, but this should allow users to fix issues and click “resume” so that the print can start where it left off.  Not quite the closed-loop control we’re dreaming of, but a great step in the right direction.

Robox also has a needle-valve system to prevent stringing or blobbing off the tip of an extruder, as well as “the world’s first dual-pinch-wheel extrusion system”, said to prevent the stripping of filament. The whole machine is enclosed to create a stable temperature and sleek design. With a heated bed, the machine can process PLA, ABS, Nylon, PVA, and PC all with a build volume of 210 x 150 x 100mm or 8.3 x 5.9 x 3.9 in. 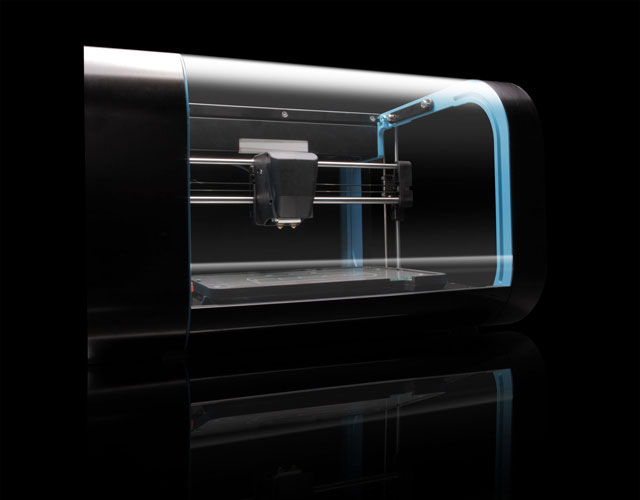 The project is still in development (and after Pirate3D, we know what can happen to projects in development), but the estimated price of £849 ($1,399) seems pretty reasonable for the promised print quality. After they finish developing their proprietary Robox® AutoMaker™ software, we may see a shiny, new machine on the market that rivals the best.