3D printer hardware company E3D is testing their new extruder with dual hotends for multi- color and material printing and they’ve shared the results of their first print. The all-metal, high-temperature Cyclops extruder has interchangeable nozzles and can print with two different filament materials, without the additional weight or bulk of a second extruder. 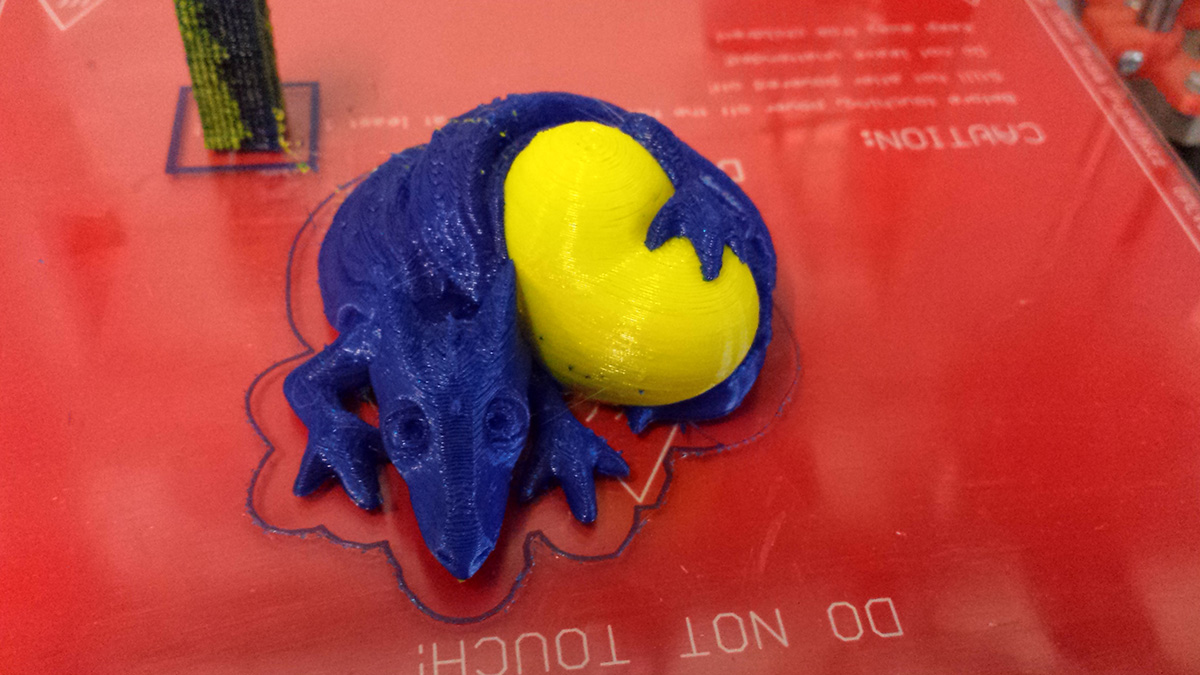 Multi-material 3D printing was all the rage about a year ago, with company after company releasing new, dual extruder machines or upgrade kits. But users were quick to notice that, while in theory a printer with dual extruders sounds like a good idea, it had some very serious drawbacks that weren’t easy to overcome. Not only was bed leveling problematic, but nozzles had quite a few oozing issues that would often ruin multi-color prints. Additionally, the added weight and size of multiple hot ends slowed print speeds down and would cause users to sacrifice part of their build volume.

E3D tried to tackle the problem with their four-nozzle extruder, The Kraken, and though it was a successful product, it was not perfect and reportedly still suffered from some of the same issues. But, ever the perfectionists, E3D is working on their new, lightweight, dual nozzle extruder, Cyclops, which they say cuts down the weight and footprint of the extruder significantly.

The Cyclops is still in the early testing phase, but the team at E3D has released some images of their very first test print. Their test model was printed on a Mendel90, an older RepRap printer, from the early Beta GitHub using two different brands of inexpensive PLA. The model is freshly printed, and has received no post printing processing or cleanup. 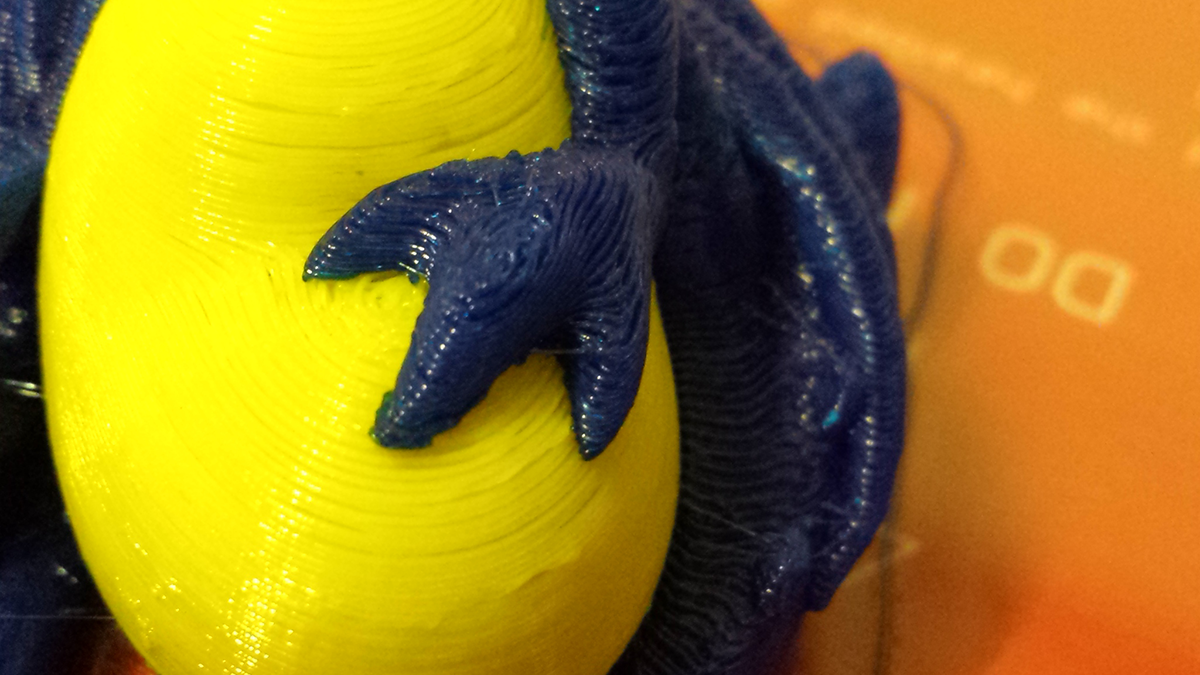 You can see some small blue dots in the yellow part of the model, but E3D says that that is due to a slight lack of nozzle retraction and it can be corrected in the slicer settings. This print was sliced with Cura in 0.25mm layers with no ooze shield.

E3D says that the Cyclops will include interchangeable nozzles, with input for dual color or material filament. It has a very small 28mm by 30mm footprint, and they promise that it will be lightweight and suitable for bowden and delta-style 3D printers.

The Cyclops does not yet have a release date; however E3D is promising a beta release in the near future. Photos of the actual extruders and the open source engineering drawings will be released as soon as the final tests are complete. E3D is looking for some early beta testers, so if you’re interested they invite you to comment on their test page.