Tom Jurgensen, a motion graphics/special-fx/3D artist from the Windy City, has been blogging about his life and experiences in the 3D printing world. Having an extensive background in 3D graphics, taking the models from bits to reality has been a natural next phase in Tom’s professional and personal paradigm evolution.

After being exposed to the ever growing media coverage of 3D printing tech, he decided to finally concretize his visions by using Belgium-based iMaterialise as a service provider. The reasons behind that decision are ones familiar to many of us living in this hectic world – they were able to promise a fast turnaround and delivery compared with competing services. For Tom, time was especially of the essence because the object he wanted 3D printed was to be Christmas gift.

For reasons not given, that special person in his life received the 3D printed gift on time, but it was additively manufactured by Sculpteo. Below is a comparative image of the results – the 3D model and the 3D print. 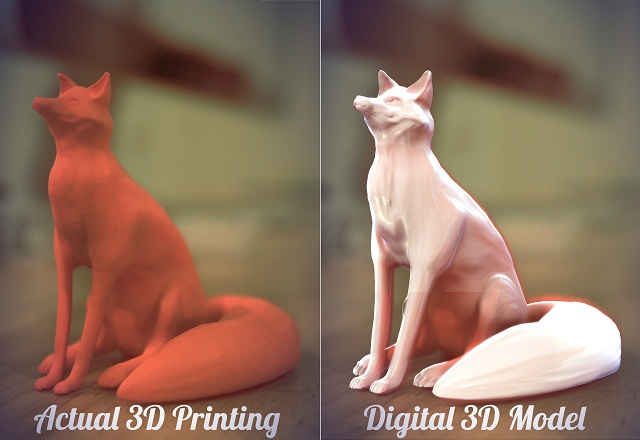 The choice of material was based on the needed level of detail and his personal conception of how different substances work in the 3DP context – which led Tom to using plastic instead of e.g. precious metals or ceramics. The results are on par, as you can see from the image below. 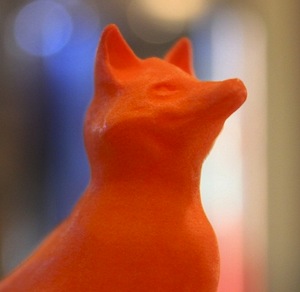 However, the process wasn’t over, as the beauty is in the details – and the artistic eye of the beholder. Therefore Tom took some white paint to bring the fox to life and gave it some company in the form of a 3D printed bird. The plastic creatures were then added to a crafted forest environment – in a hollowed out book. Looking at the results, the person receiving this gift must have been enchanted.

The adventures in the 3D printing world are not over for Tom – he’s planning on going for gold next time – perhaps even literally. While Tom’s planning, we’re following – and we’ll give you the next part of the saga as it happens.

To end this piece, have a closer glimpse into the mind of the apparently alien interested Tom and his work – while not 3D printing per se, there are smooth 3D graphics and vividly visual effects – recommended for that Monday feeling.

If you want to take a closer look at the man who loves his animals – with and without tentacles – hit the source link.