Time for Some Double-Dutch: colorFabb Partners with 3D Hubs

In a move that will surely have far reaching ramifications during the inevitable proliferation of 3D printing, colorFabb has teamed with 3D Hubs. The venture promises to be a boon for both organisations because of the mutual growth afforded as a result of their combined capabilities. 3DHubs operates on a global scale as a means to connect and utilize 3D printers, and colorFabb offers material and production value at a high standard established by their catalogue of designs and polymers.

Regular experimenting with polymers will bolster use within the 3D Hubs network. 3D Hubs has an expansive reach that simply astounds with its numbers: 7,500 locations in 140 countries. The philosophy of an expansive universe that produces locally transforms the paradigm of manufacturing and production. It is only natural that 3DP would be at the forefront of such a shift. The partnership with colorFabb ensures a renewed demand because of their particular brand of material and experimentation. 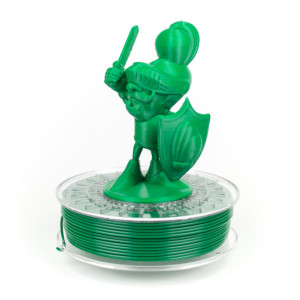 In a statement released by colorFabb, the excitement is palpable, “We’re proud to be the first materials supplier to team-up with 3D Hubs. We look forward to releasing our new materials such as colorFabb XT-copolyester, made with Eastman Amphora 3D Polymer, to a user group that really needs functional performance materials. All of our future developments will of course be available for the 3D Hubs community as well.”

This is exciting news because the new developments aim to take domestic printing closer to industrial grade 3DP. The Dutch companies are acutely aware of the success their partnership will bring as well as the potential available to subscribers.