The Darkside of 3D Printing: Guns and Rifles

The first 3D printed gun was introduced to the World by an American gunsmith, who goes under the name of “HaveBlue”. Initially the idea came from trials with Stratasys 3D printer to create paintball guns, but then developed into printing an actual firearm that has successfully fired 200 rounds without no signs of wear.

zantac and infants what does zantac do coupon for zantac

HaveBlue reported in ar15.com about his creation of .22-caliber pistol of which lower receiver was created using 3D printer, while the upper was a normal traditionally manufactured.

The lower receiver was manufactured with old Stratasys printer using plastic resin as material. The estimated cost for the lower receiver lies around 10-30 USD. The schematic has been uploaded to Thingiverse.

HaveBlue has also tried to assemble a full-blown .223 AR-15/M16 rifle, but reportedly it’s resulting feed and extraction issues. Ironically, most likely it’s the traditional parts of the gun that are causing the issues, instead of the 3D printed lower receiver.

What makes this story meaningful is the current gun legislation of what constitutes a firearm. Lower receiver is the crucial part that differentiates a firearm: without it a gun would not work. Therefore anyone without a gun license can purchase the rest of the needed parts and assemble a firearm at home.

Again, security issues arise from this story of 3D printing and it will be interesting to see how the authorities react on these types of innovation. 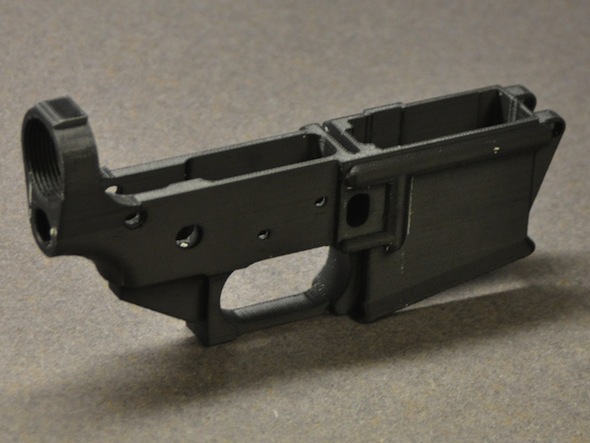 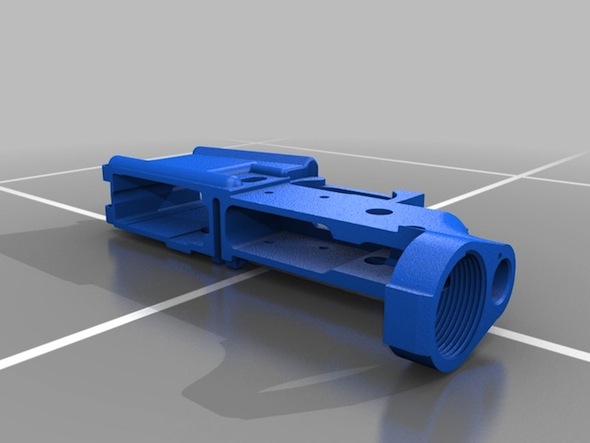 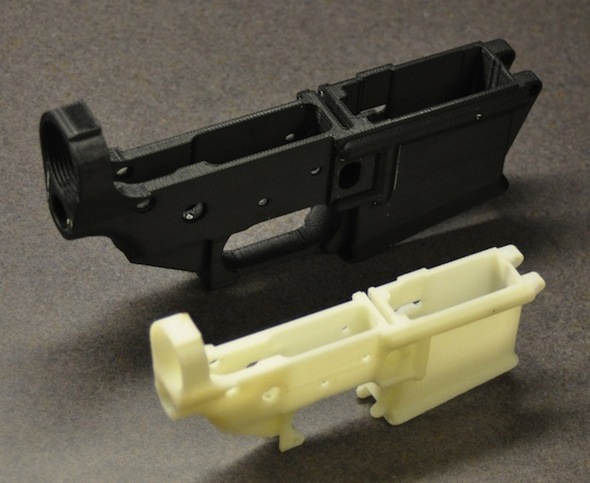