Textiles and 3D Printing Stitched Together by the Knitic Project

Clothing is one of the categories that people – especially those who are not industry insiders – are most interested in as a 3D printing application. Albeit, it is also one of the categories where 3D printing is not currently applicable, at least not on a consumer scale. There are 3D printed hats, shoes and accessories, but making 3D printed clothing for the masses is not cost effective, nor it will be for a while. At the same time, 3D printing can already have a significant impact on the way clothes are prototyped and produced and the new Knitic project clearly demonstrates it. 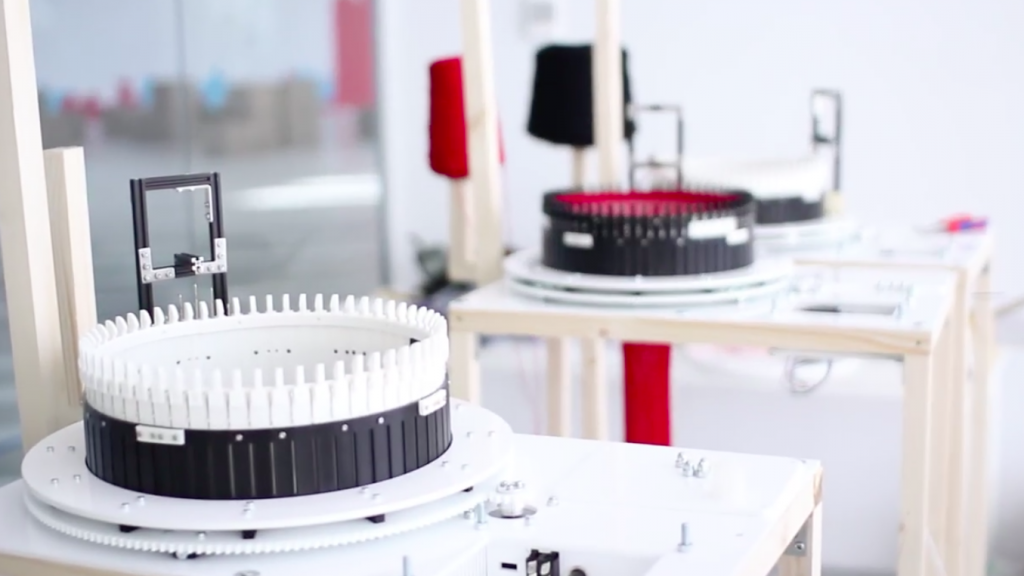 While Digital Knitting can hardly be considered a form of additive manufacturing, Knitic’s projects have a lot in common with 3D printing. The artist duo, formed by Varvare Guljajeva & Mar Canet, developed Knitic as an open hardware which controls a knitting machine via Arduino. Last year we have covered their collaboration with the Open Knit project, meant to let people build an open source digital knitting machine in much the same way they would build an open source RepRap 3D printer.

Circular Knitic was developed as new art project commissioned by Etopia (Center for Art and Technology in Zaragoza) for the exhibition “Doers. A Show About the World of Making”, curated by David Cuartielles and taking place from December 20th 2014 to July 31st 2015. Varvare and Mar developed their own open hardware replicable circular knitting machine. And, guess what? Most of its parts are made with a RepRap 3D printer, with all the stl files for the components available on the project’s GitHub page. The video below show the machine being extruded to life.

The duo’s goal – as explained on the Knitic blog – is to integrate textile fabrication into Maker culture, to add more to the hard surface object production that currently characterizes most Fab Labs and makerspaces. They want to do this by bringing back that which was the very first digital fabrication tools, that is the electronic knitting machine dating back to 1976.

Laser sintered and technopolymeric 3D printed clothes are an amazing experiment in what can be achieved with 3D printing, however the Cirucalr Knitting machine is likely to enable many people to make their own digital clothing a lot sooner and at a much lower cost. If you can’t wait to get started you can get your first tutorials right here.