The Metropolitan Museum of Art held a teen program promoting the swirl of art and technology with 3D printing. Over this last summer, the MET held a guided event with selected teens from the New York community. The students followed guided tours of the historical artifacts and vast collection of storied art and used their experience to compose 3D printed sculptures. Cubify Sculpt software and the Cube 3D Printer took the helm for the cross-disciplinary program.

The group had no previous interaction, yet through the program they bonded over their appreciation for the art and their experiences with 3D printing. Some of the students found the program near intuitive and had earlier dalliances with the technology while others felt tossed in at the deep end. By the end of the program, all the participants voiced their appreciation and excitement of working with the “stringy” plastic layers. The teens took between 40 and 60 pictures of artwork they admired or from which they felt a special attraction. As the software interpreted their images, they manipulated their objects like clay. One student expressed bafflement at first with the concept, but later warmed to the “hands-free” clay modelling. 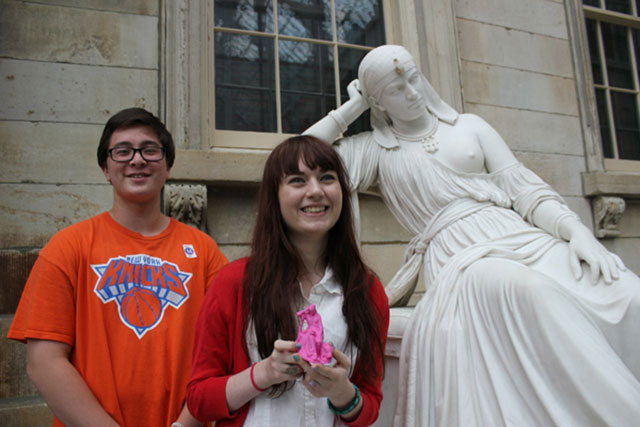 The program not only offered an educational and in-depth guide to the MET’s collection, but integrated 3D printing. One of the most important aspects of art is the ability for people across ages and places to connect with the essence of the art, the echo that reverberates through all audiences. One step beyond the rudimentary relationship between artist and audience is viewing the work. Then next step, crucial to enriching the creative stream, is imitation, the actual act of creation by following the patterns and forms of masters. A program like last summer offered to teens in the community provides a compelling example of that next step while integrating 3D printing.