Growing up, Tank Girl was my favorite movie and it has forever embedded Devo’s “Girl U Want” into my mind as one of the defining songs of my childhood.  If I had the guts to redefine the boundaries of my gender, I’d probably dress up as the famous comic book character for Halloween.  I still have a week or so to incubate those guts within me and, if they’re ever ready, I’ll know just where to turn for my Tank Girl costume: the Adafruit Learning System, where Becky Stern has outlined a build for a 3D printed, LED-infused Bandolier of Light for a cyberpunk Tank Girl ensemble.

The project is a pretty simple one, made with about a meter of NeoPixel lights, some wire and sewing supplies, and a GEMMA or Trinket microcontroller. The bandolier itself is 3D printed in white NinjaFlex, so that it’s nice and flexible for flinging across your shoulder. After soldering some wires from the NeoPixel strip to the microcontroller, the lights are placed between the 3D printed bullets and a strip of fabric, which are sewn together so that you can reuse the NeoPixel lights for future projects. 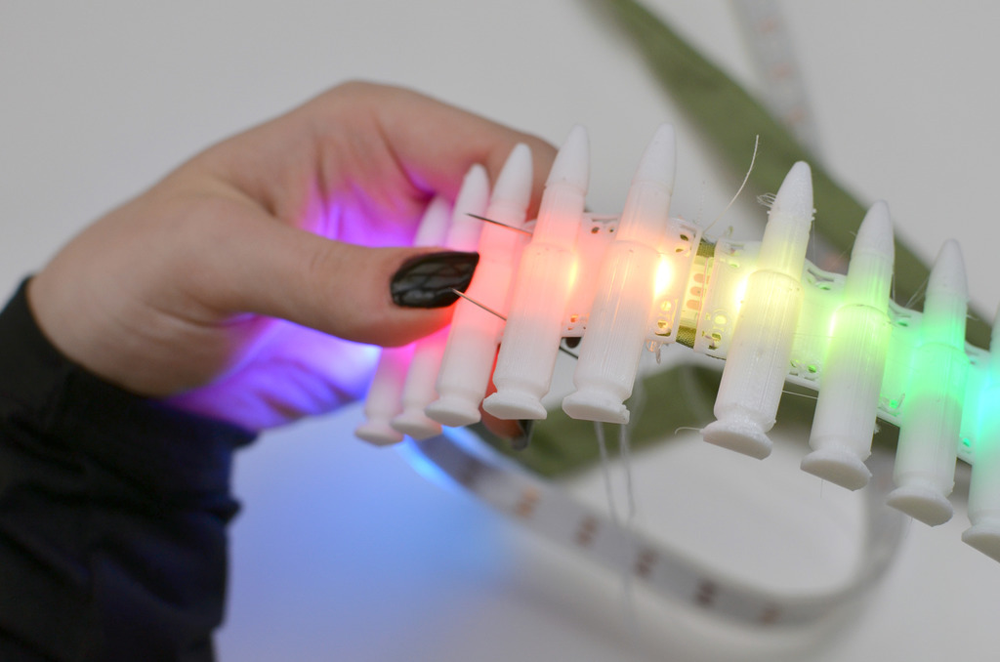 The entire thing is then plugged into a portable battery for portable glowing bullets. Take to the night with your new arsenal of cyberpunk gear. See the Adafruit video of the build below!