Space: the final frontier. These are the voyages of the Made in Space Zero-G Printer. Its September 19th mission: to 3D print in Zero-G, to “begin the era of off-world manufacturing”, to boldly go where no 3D printer has gone before. With just over half a day until the Zero-G Printer hitches a ride on a rocket from Cape Canaveral, Florida to the International Space Station (ISS), where it will begin its first Zero-G experiment. 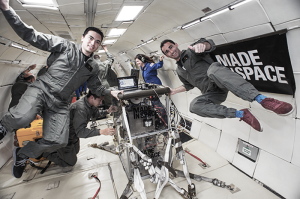 Through a contract with NASA Marshall Space Flight Center (MSFC) and NASA’s Small Business Innovation Research (SBIR) program, Made in Space, Inc. has been working on its one-of-a-kind 3D printer capable of fabricating in the absence of gravity, successfully performing Earthling microgravity experiments on a modified Boeing 727 from Zero-G Corporation and meeting all of the safety and operational requirements outlined by NASA.  The possibilities for printing in space could radically shift the way supplies are delivered to the ISS and the way we plan space travel as a whole, according to CEO of Made In Space, Aaron Kemmer, “Everything that has ever been built for space has been built on the ground. Tremendous amounts of money and time have been spent to place even the simplest of items in space to aid exploration and development. This new capability will fundamentally change how the supply and development of space missions is looked at.” 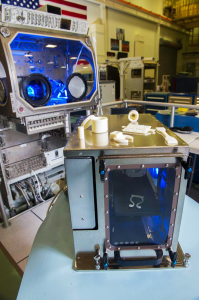 Now that the space printer is “go”, it will be sent to the ISS, where it will be installed in the Microgravity Science Glovebox (MSG) and operated by the Made in Space team from a mission control station here on Earth.  After installation, the machine will begin printing test objects, including components, tools, case examples, and STEM project models made by students for their 3D Printing in Zero-G Experiment.  Made In Space is also in the process of developing business partnerships for 3D printing other objects in space.  According to the company’s reddit AMA from last night, one more immediate use for the printer would be to manufacture CubeSats directly on the ISS.

Kemmer adds, “There were dozens of specific problems we had to solve in constructing a 3D printer for the Space Station. From thermal process adjustments to rigorous safety requirements, the challenges our team had to overcome were numerous, and we’re deeply proud to see the results of the work done by the Made In Space and NASA MSFC team now head out for a grand field test.” 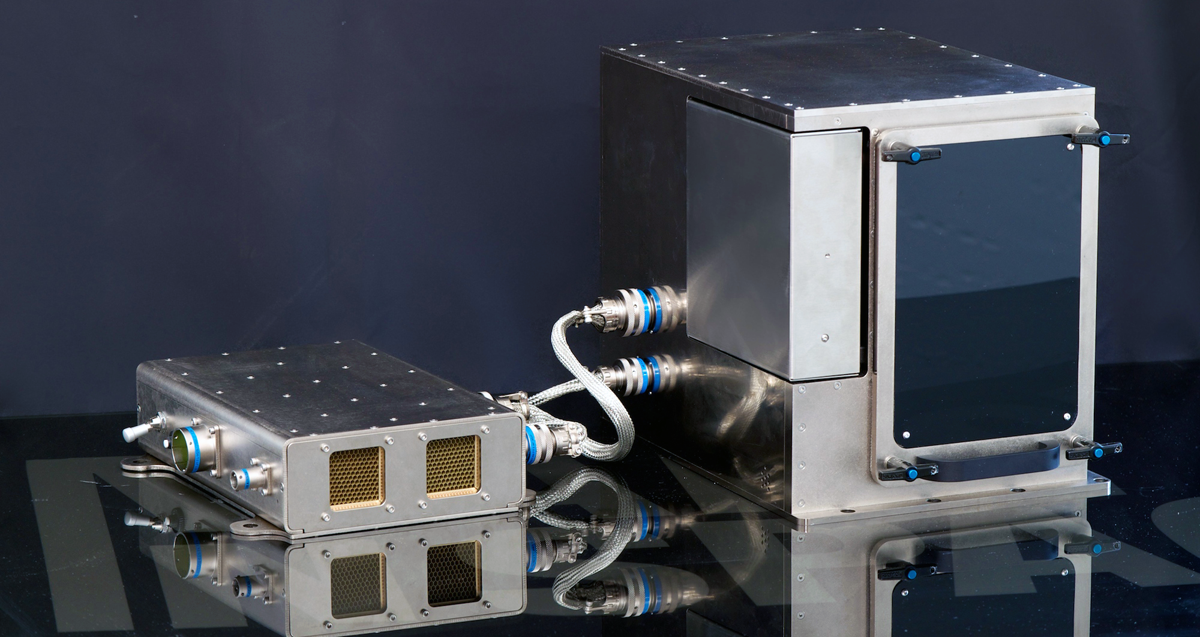 With a build volume of 5cm wide x 10cm long x 5cm tall (about 2″ x 4″ x 2″), the Zero-G Printer will be printing 1.75 mm ABS plastic at speeds of 40 mm/s. The machine is capable of layer thicknesses of up to .25mm and wall thicknesses of 1mm, with a maximum overhang angle of 45° and no support structures. The Made In Space team is already working on their second generation unit, which will be equipped with a larger build volume and the ability to print multiple materials. The plan is to launch the next gen printer in 2015, at which point, businesses, researchers, and others interested in space printing will be able to test the machine out and remotely manufacture objects aboard the ISS.

Kemmer reflects on the uses of space 3D printing, “Placing additive manufacturing in space will lead to similar capabilities on every future space station, deep space exploration vehicle, and space colony. Rapid construction of important materials is a critical need if humans are going to establish a greater footprint in our universe.” He continues, “This is more than a 3D printer. It’s more than a machine shop in space. It’s a landmark for humanity. For the first time in the history of our species, we will be manufacturing tools and hardware away from the Earth. Now that we’ve made this breakthrough, the sky is no longer the limit for additive manufacturing – the era of off-world manufacturing has begun.”

And to temper that epic statement with a bit of 3D frivolity, I’ll conclude with: 3D, 2, 1, BLAST OFF!  You can keep up with the printer and its happenings on Twitter and Facebook and we’ll keep you updated here.