In order to make 3D printing more commercially viable, some manufacturers have been experimenting with synchronous 3D printing, using multiple print heads to print more than one object at the same time. Synchronous 3D printers can make better use of time and space on the print bed, and the trending printing method seems to be catching on. At the recent Inside 3D Printing event in Dusseldorf, Germany, one 3D printing company from Redmond, Washington, named 10DPrintives, showcased their first-ever 3D printer, a synchronous printing machine called the Quadra. 10DPrintives has high hopes for their new 3D printer, and feel as they’ve taken the best qualities of industrial and consumer 3D printing, and engineered them into one four-headed printer. 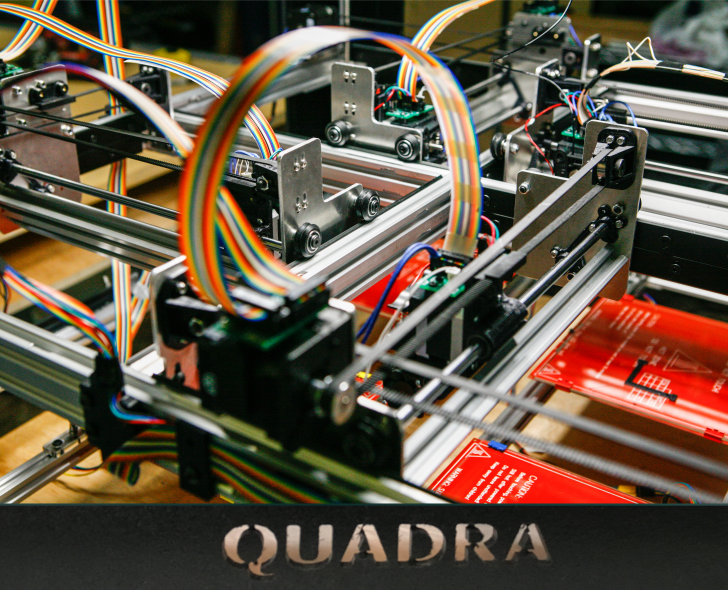 “More and more industries, businesses, and consumers are adopting the technology and finding out that 3D printing can be profitable,” said Greg Lee,the VP of Product Development at 10DPrintives, in a video showcasing the Quadra. “High-end 3D printers give great quality and speed, but come with a huge price tag. If you’re a small business, maker center, education center, or pro-sumer, the consumer printer might be too limiting in build size, speed, and quality.”

The Quadra is compatible with four (Quadra), two (Duo), or just one print head extruder (Uno), each of which has a respective build size of 200x200x600mm. When the 10DPrintives synchronous 3D printer is utilized with just one print head, which can be done as well, it can reach a build size of 600x600x600mm. Not only does the Quadra allow users to print four identical objects simultaneously, 10DPrintives also claims that the print speed is about four times faster than conventional 3D printers. The printer is compatible with both .STL and .GCode file formats, and is also equipped with a wireless connectivity setting as well. In addition, the Quadra’s layer resolution is less than 50 microns, ultimately making it a faster, more efficient, and higher quality printer than most around its price range. 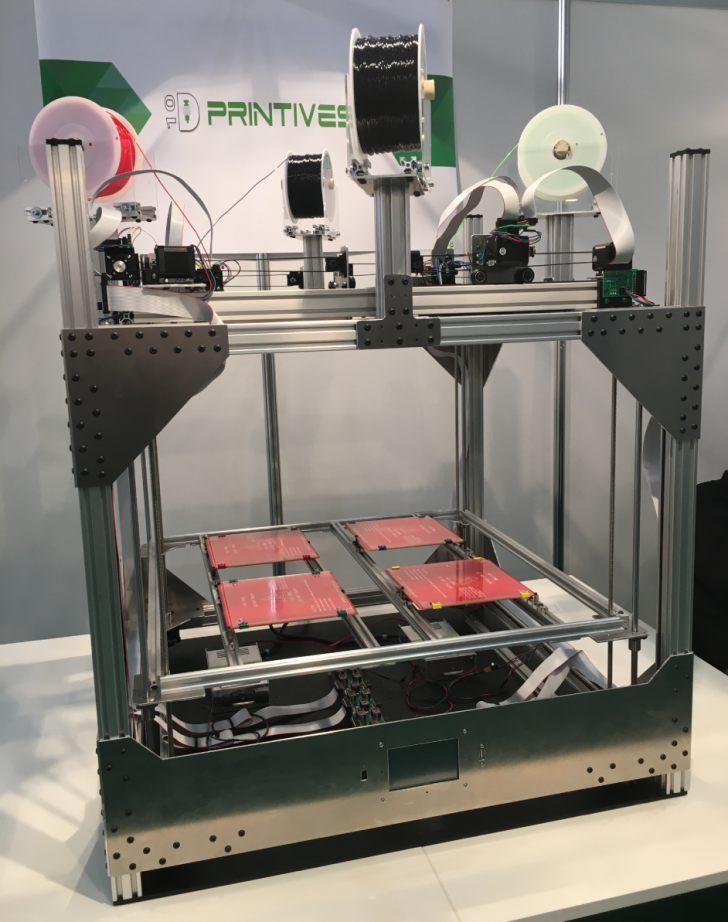 The price of the Quadra is $3,599 plus shipping, and for now, is only shipping in the United States. The Uno and Duo add-ons will also be available in May at $549 a piece, which will allow users to change from a four print head extruder printer to a slightly more spacious dual or single system. 10DPrintives feels as if the Quadra is the ideal printing device for applications such as parts manufacturing, automotive, aerospace, jewelers, educational institutions, and medical, just to name a few. The Quadra is sure-fire proof that the rising use of synchronous 3D printers is helping to create more commercial viability in 3D printing, and most likely, will continue doing so.