The #CAST is a 3D printed broken arm cast that can be uniquely customized for the individual user with messages aggregated from their friends and family on social media. That’s pronounced “hash cast” by the way, because hashtags are trending right now.

The idea proposed is that a one-of-a-kind #CAST is created with a basic 3D CAD program using a 3D scan taken of a broken arm by a doctor. To generate what looks like a word cloud in real life, users filter their social media messages through the #CAST mobile app, and once they reach the maximum number of characters the design is quickly generated and sent to be 3D printed using the Selective Laser Sintering (SLS) 3D printing process out of a medical grade, breathable nylon material.

Fathom was inspired to create the #CAST by the recent trend of high tech 3D printed casts like the Cortex Cast and the Osteoid cast. Both of these cast innovations are wonderful uses of 3D printing to solve complicated medical problems, however Fathom believed that they were missing something. 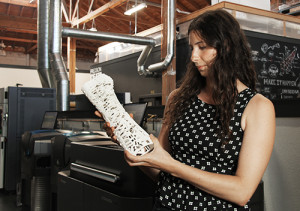 “While discussing the amazing benefits of the various 3D printed cast designs, we became very focused on the users experience from an interactive standpoint,” explained Fathom industrial designer Ava DeCapri. “It’s classic to see personalized notes written in marker on a traditional cast. That’s when we realized a big part of the user experience was missing. We asked ourselves, how else could 3D printing uniquely aid in elevating a user’s experience? Our goal was to create a cast concept that was familiar, yet exciting and innovative.”

DeCapri said that one of their main challenges was translating the social media messages into a completely supportive structure. Using RHINO, the Fathom team experimented with several methods of turning the text into a sturdy cast before settling on a way to manipulate control points based on the bones original breakpoint. This allowed them to create denser word and letter groupings in the area that needed the most support while creating more open areas on the patients arm where support wasn’t needed. 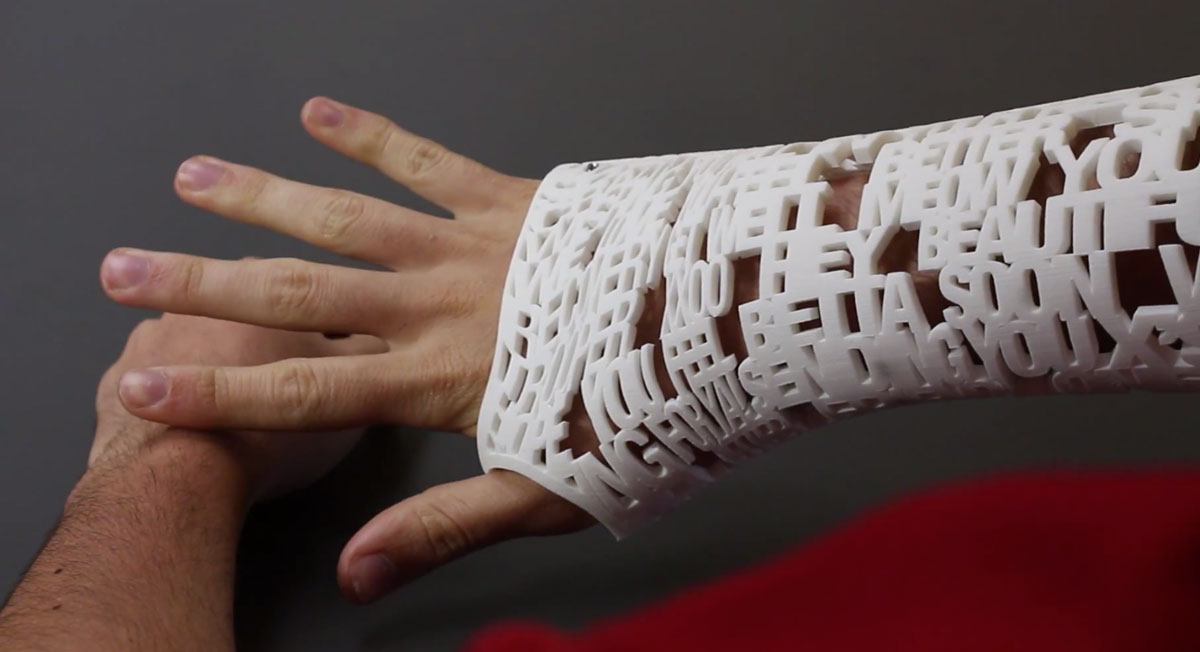 “We are taking something that is usually a big bummer, breaking your arm, and turning it into a fun and social experience,” DeCapri continued. “Just like when your friends and family draw on a traditional cast with markers. Even better with #CAST, anyone from anywhere in the world can “sign” a person’s cast. It has the potential to not only heal your arm more efficiently, but also uplift your spirits.”

The #CAST is currently only a proof of concept, and used as a demonstration of how versatile both 3D printing, and Studio Fathom and their team of designers can be. So you’re not going to be given this as an option by your doctor next time you break a limb. But it’s still a really fun idea, and a great example of the way 3D printing technology can not only improve our health, but let us have fun while doing so.