This year I have far less idea than last year of what to choose for my top five 3D printing applications. 2014 has been a very busy year in both desktop prosumer 3D printing and industrial additive manufacturing. There has been significant growth in sales of 3D printers, particularly in the prosumer market. There has also been growth across industrial additive manufacturing of metals systems. Business wise, the entrance of Autodesk, then HP, into the 3D printing hardware arena has made the most waves. Then the news that the huge companies are to team up. Suddenly, if not unpredictably, former forerunners 3D Systems and Stratasys no longer stand as the sole industry leaders. To quote Make Magazine: “It’s clear that additive fabrication has caught the attention of major brands in all sectors (Adobe, Microsoft, Hasbro, Dremel) and the push for the mainstreaming of this technology has hit a new plateau.” 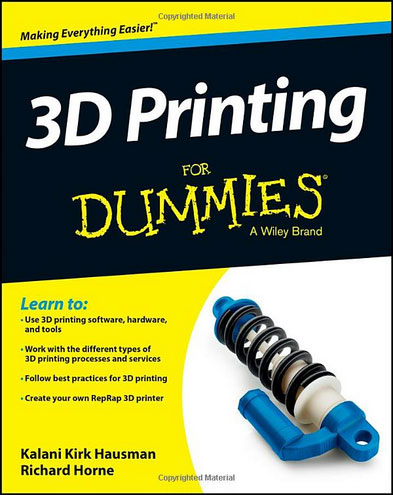 New 3DP technologies emerged on the prosumer side, such as the first commercial metal Selective Laser Sintering machines. New materials emerged across the board, for personal, professional and production machines. A batch more books written on our subject tech were published, such as the inevitable For Dummies series covering 3D Printing by Kalani Kirk Hausman and Richard Horne, AKA RichRap; the second editon of the highly recommended 3D Printing by Professor Christopher Barnett; among many others. Euromold saw a considerable amount of new additive manufacturing machines such as Prodways massively expanding upon their existing range, and 3D Systems continuing to update and augment their product line. Lots of companies bought lots of other companies. Not least the Stratasys purchase of GrabCAD to fully align their spread of 3D File repositories alongside the ever popular Thingiverse, and publically floated computer aided software specialists Cimetron bought by 3D Systems to fully align their spread of CAD software alongside Geomagic.

A bunch of the batch of personal / prosumer / desktop factory printers stood out from the crowd according to a number of different ratings websites, magazines, surveys and product line stocking decisions. Formlabs Form1+ did well all round. The latest line of MakerBot printers did okay, though reactions seem to be mixed with iMakr withdrawing them from stock. Ion Core’s Zinter Pro picked up both significant investment and distribution, as did the Zortrax M200, which can now boast not just a deal with Dell but also the United Kingdom’s Royal Mail via iMakr. Zmorph continued to expand with notability, Tinkerine Studio’s went public as the first floated pure play personal 3D printer manufacturer and continued to push forward, particularly in the educational market stakes. LeapFrog has opened a new HQ and acheived a number of promising deals. Ultimaker continues to prove to be the second most popular personal printer maker after MakerBot and grabbed the Make: Magazine award for Best 3D Printer 2015 with the Ultimaker 2. Sharebot announced that they are not only to team up with open source board manufacturer Arduino to create a 3D printer together, but also that they will be bringing polymer Selective Laser Sintering to the prosumer / professional markets themselves with project Snowwhite. And more, and more, and more. 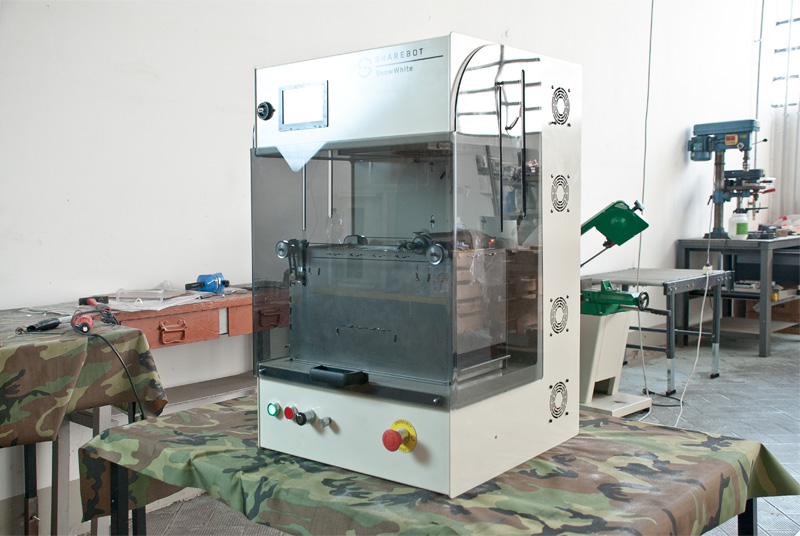 Legal issues began to tick over, as litigation experts predicted that they would. There have been remonstrances regarding Stratasys-owned MakerBot apparently absorbing some of the maker communities unpatented open source work, with a swift reply from 3D printing’s second biggest celebrity Bre Pettis (after will.i.am?) that sourced art work holds stead against any potential infringements and reconciling differences of opinion in origination of intellectual property can fairly easily be resolved. Opinons on the reaction differed wildly. Elsewhere 3D Systems came to an agreement with Formlabs over a stereolithography infringement claim that prevented some who would have entered the SLA fray, but still others persued the niche not heeding any potential outcome. The UK’s Intellectual Property Office released a highly notable 50-page report late in 2013 to set out guidelines for copyright concerns related to 3D printing. US lawyers John Hornick and Charlene Flick, esq., are among the leading commentators upon 3D printing and patent law, both having written here at 3DPI. Platforms such as Authentise have been incepted to help stave the problem of copyright infringement across the 3D printing landscape. The amount of expired 3D printing patents continued to grow. As does the recognition that traditional copyright, open source, creative commons and so forth each require respect and correct legal usage by the 3D printing community.

There’s just so much that has been happening it’s hard to pick a top five in applications. However, I’ll give it a go…

There have been an increasing number of personal printer manufacturers who have placed a greater emphasis upon providing 3D printers that are classroom friendly. Stratasys and 3D Systems, the current market leaders of dedicated makers of 3D printers have both forumlated educational partnerships, programs and curricula. Many companies in the loosely definable second tier of personal level printer companies – which have a reasonable market share and / or a strong reputation – are also creating an onus upon education: Ultimaker, Afinia, Flashforge, XYZprinting, Tinkerine Studios. Also among the lesser known 3D printer manufacturers there has been a rapid growth in the number of businesses looking towards supplying schools, colleges and universities with 3D printers such as Vagler, NVBOTS and UTec Print-Rite. Australian retailer The 3D Printer has produced some of the most innovative educational packages that include a crowdfunding platform to get 3D printers into your local school’s classroom. Professional level printer manufacturers such as Mcor are also offering deals on paper stock for their unique paper 3D printer to educational faculties in the US. Why? For one thing demand is now present and the supply needs to align with it. For another, at an average of USD$32,000 per educational contract in the United States, 3D Printing for education is lucrative.

At under-graduate and post-graduate level, the upper echeons of learning establishments, London’s Royal College of Art (RCA) Exploring Emergent Futures platform and the Massachusetts Institute of Technology (MIT) Media Lab’s Mediated Matter group are but two examples of facilities at high performing faculties which are exploring the real potentials of 3D printing in higher education. The usage of personal, professional and production level additive manufacturing machines for deep insights into science, technology, engineering and mathematics in education looks set to only continue to grow. At the professional level, universities are beginning to offer dedicated business courses for 3D printing, such as the Graduate Center of National American University’s 8-course certification program. Even the Singularity University, probably the world’s leading educational centre for exponential technologies – from whence innovative companies such as Authentise have emerged and break-through orbital 3D makers Made In Space partner – includes 3D printing as part of it’s courses and expo’s. The nascent technology set that is 3D printing appears to be now truly permeating the imaginations of teachers, educational policy makers and students around the world.

Robots. What to say about robots? Robots are cool. Robots are helpful. Robots are no longer the realm of science-fiction. High end robotics have transformed the world. Without Optimus Prime even showing up, the production line of Ford has become something that even the great man himself would find nigh-on unrecognisable. Open source licences and 3D printing have been embraced with open arms to a suprising degree in the technology fields that directly and indirectly affect robotics, from the arduino board to the robots, that themselves can be 3D printed: From the maker-led Inmoov to Intel’s Futurist Brian David Johnson’s HR_OS5 AKA ‘Jimmy’ via the 21st-century-robot manifesto. 3D printing may well prove to be a boon for robotics, personal and industrial. 2015 will probably shape-up as a year that industrial additive manufacturing of electronics boards, personal printed drones, and a large number of other applications bring together trends that point to pertinance for 3D printing and robotics. 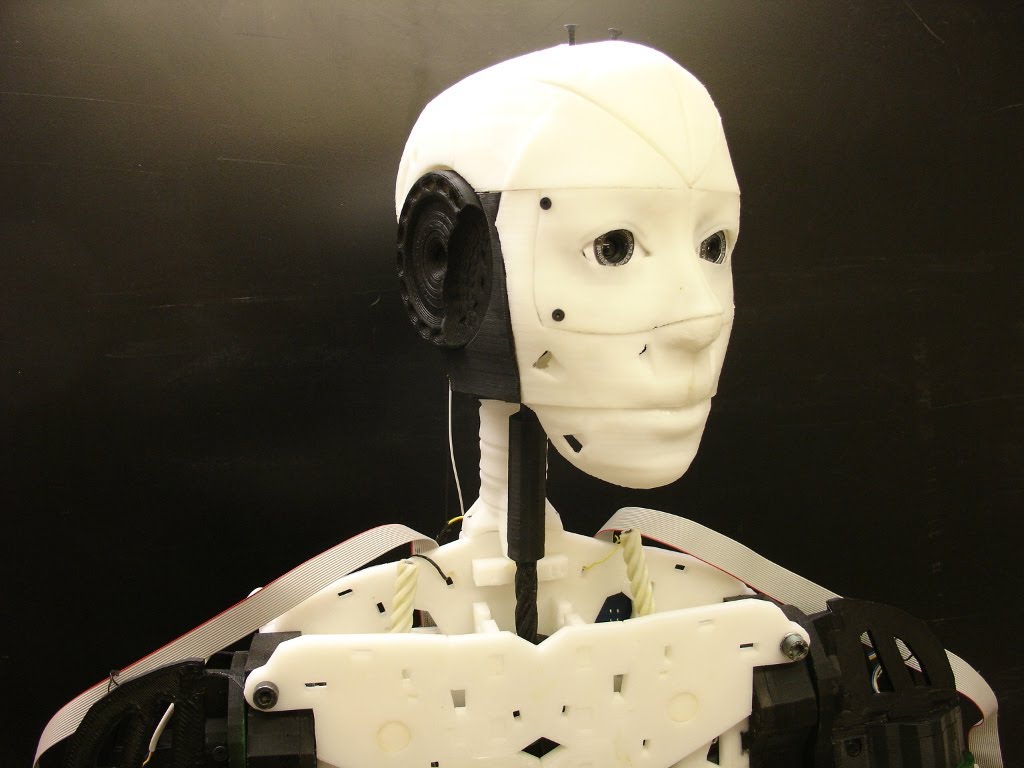 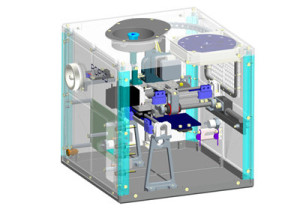 Somewhere between the ESA’s Rosetta landing on a comet for the first time in human history, and the successful launch of NASA’s Space Launch System via the Orion spacecraft that will one day put mankind on Mars, 2014 has been quite a year in space travel. Could we place the first 3D printer in space among that list? That’s for far wiser men than me to say. It must be a real source of excitement for specialists given that the ESA has announced their own 3D printer for space (specifically the International Space Station) themselves with the POP3D Portable On-Board Printer for polymers and AMAZE project for metals. The idea of production in space, completely autonomous from Earth bound source other than the original production machine, is no longer science-fiction. It’s just around the corner. For now, the feedstock for orbital additive manufacturing will have to originate from Earth. But, in time, creating 3D printed moonbases sintering lunar regolith (moon soil) is a very real prospect. What a time to live in, to see such amazing progress being made. The ESA have even talked of researching into 3D printing whole satellites in one go. One thing seems certain: 3D printing has a place in space.

When technology makes good for our health, and for the health of those who suffer some of the most sorrowful of ailments that humans can endure: cancer, disfigurements, skull injuries, and such like, there is that easily definable compassion that inspires us. Industrial additive manufacturing and desktop 3D printing is making headway with a number of illnesses and healthcare problems. Indeed, ‘medical and dental’ is a section of 3DPI that weekly plays host to news coverage of the inspirational. From the e-Nable hand prothetics that have reduced the price of prothesis a thousand fold and captured the hearts of just about everyone everywhere, to the medical prototypes enabled by 3D printing for rapid prototyping, the splints empowered by 3D printing for rapid production, implants augmented by Oxford Performance Materials 3D printed PEKK, and how about 3D printed human livers? Wow. Just, wow! 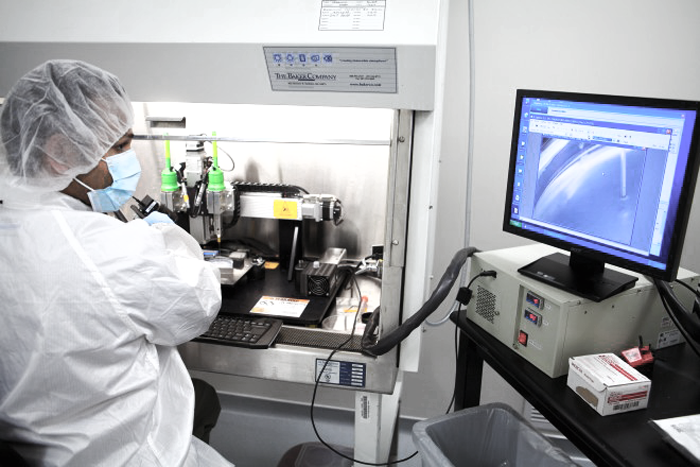 From the first quantitive study into the potential sustainability affects of 3D printing (with an emphasis upon energy saving) to applicable academic theses upon standards for ethical, ecologically sound filaments, to the aforementioned will.i.am’s 3D Systems / Coca Cola Ekocycle 3D Printer it’s been a year of progress both in potentiality and actuality for the applicability of 3D printing technologies for sustainability in energy, ecology and economy. Apparently. It’s all good stuff. Though opinions seem to differ about the potential of 3D printing. Forbes contributor Mark P. Mills published an article in February that is essentially the antithesis of the Al Gore belief (that I, humble technology journalist and former-ecology-protestor-gone-crazy that I am, also adhere to) that 3D printing can make good for our planet’s ecology, via energy savings and more. 3D printing could be a vital technology set as part of the transition to a circular economy?